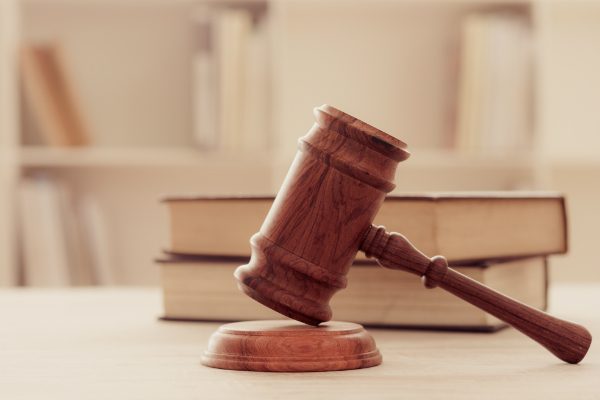 We’ve got all the details on how you can celebrate with us, including information on registration and sponsorship for FIRE’s 20th Anniversary Celebration at the Mandarin Oriental, New York  — featuring a keynote address by Salman Rushdie!

FIRE has reserved a room block at the Sheraton New York Times Square Hotel at a very special rate — but only through October 3. Don’t miss out and book your room today.

All year, we’ve been revisiting FIRE memories worth celebrating as we gear up for the big event.

Every once in a while, we get a case so egregious — so unbelievably wild — we know right away it’s destined to go down in the FIRE history books. This month back in 2010, FIRE celebrated a resounding victory in one of those cases: Valdosta State University student Hayden Barnes’ federal civil rights lawsuit against former VSU President Ronald Zaccari.

Barnes, an environmentalist, drew Zaccari’s ire for run of the mill student activism: In 2007, Barnes peacefully protested the planned use of $30 million in student activity fees to build a parking garage on campus. Barnes posted flyers, sent emails, and wrote to the student newspaper describing his concerns and proposing environmentally-friendly alternatives. But unbeknownst to Barnes, that parking garage turned out to be something of a pet project for president Zaccari. And — in what has become one of the most flagrant abuses of power FIRE has ever seen — Zaccari overreacted in the extreme.

He personally ordered Barnes be “administratively withdrawn” from campus, citing a collage Barnes posted to Facebook (a collage critical of Zaccari and the parking garage) as evidence that Barnes presented a “clear and present danger” to the VSU campus community. Barnes was given no notice or opportunity to defend himself.

Barnes filed suit in 2008 with FIRE’s support. In 2010, the U.S. District Court for the Northern District of Georgia ruled that, because Zaccari expelled Barnes without notice or a hearing, Zaccari violated Barnes’ constitutional right to due process as well as the contract created between VSU and Barnes by the student handbook. The court also found that because Zaccari ignored “clearly established” law in punishing Barnes, Zaccari did not enjoy “qualified immunity” and was personally liable for damages.

With FIRE’s amicus support, the Eleventh Circuit later affirmed that ruling on appeal.

Cases like Hayden Barnes’ underscore why the work FIRE does is so critical — and has been for 20 years.

Today, Hayden Barnes is a practicing lawyer, and will be at FIRE’s October Gala to celebrate the impact the case — and FIRE — has had on his life. We hope you’ll join us, too.