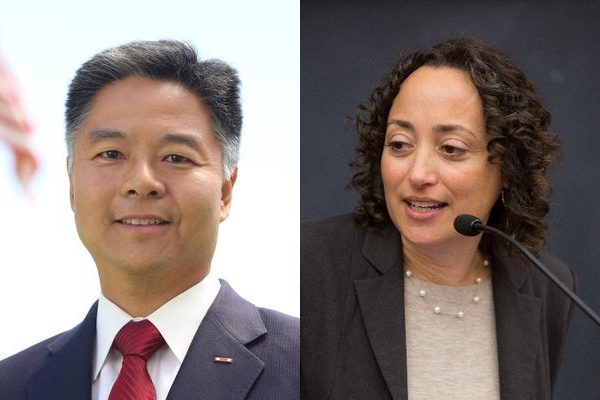 A recent letter by 39 members of Congress to Assistant Secretary Catherine Lhamon, head of the Department of Education’s Office for Civil Rights, urges action on anti-Semitism on college and university campuses, but invokes an executive order endorsing an anti-Semitism definition that raises First Amendment concerns.

To date, the Biden Administration has not issued a definition of anti-Semitism but plans to do so via a formal rulemaking. This process is necessary under the Administrative Procedure Act, which requires government agencies to use a notice and comment process that allows for public input on proposed regulations before finalizing legally binding policies.

The letter, spearheaded by Rep. Ted Lieu, asked OCR to prioritize “a proposed rulemaking in response to Executive Order 13899 on Combating Anti-Semitism,” which directs federal agencies to consider the International Holocaust Remembrance Alliance’s definition of anti-Semitism when regulating how schools must protect Jewish students from discrimination. Specifically, the congressional letter criticizes delays in processing anti-Semitism complaints and urges the Department to begin the rulemaking process sooner than its current goal of December 2022.

The IHRA definition is too vague and overbroad for application on college and university campuses.

Like these 39 members of Congress, FIRE is concerned that delays in investigating discriminatory anti-Semitic conduct (as well as of that targeting Muslims, Sikhs, Christians, and students of other faiths) could impede just resolutions. Moreover, FIRE understands the key role OCR can play in helping higher education institutions adequately address discriminatory anti-Semitic conduct. However, whenever it takes place, we will monitor OCR’s rulemaking on anti-Semitism.

The aspect of the scheduled rulemaking that concerns us is the likelihood that, like the executive order on anti-Semitism, the proposed rule will endorse—and maybe even require— use of the IHRA definition of anti-Semitism by educational institutions when they are evaluating whether speech constitutes anti-Semitic harassment. FIRE has repeatedly criticized this use of the definition.

What constitutes “a certain perception of Jews” is, of course, anyone’s guess, and the nonexclusive list of examples of anti-Semitism that accompany the IHRA definition only help illustrate why the definition risks chilling protected speech. Executive Order 13899 also asks agencies to consider the various examples when evaluating whether a student’s expression constitutes anti-Semitic harassment, “to the extent that any examples might be useful as evidence of discriminatory intent.”

These examples include, “[a]pplying double standards by requiring of [Israel] a behavior not expected or demanded of any other democratic nation” and “[d]rawing comparisons of contemporary Israeli policy to that of the Nazis.”

Singling out one side of a political debate’s assertions as proof of discriminatory intent is precisely the kind of viewpoint-based discrimination the First Amendment does not allow.

To be perfectly clear, the First Amendment protects the speech in both of these examples, and using viewpoint to evaluate whether speech constitutes unprotected harassment incentivizes viewpoint-discriminatory applications of harassment standards.

After all, if a person is legally permitted to compare the policies of countries other than Israel to that of the Nazis, it is impermissibly viewpoint-based to single out Israeli policies as the only ones immune from such comparisons. Singling out one side of a political debate’s assertions as proof of discriminatory intent is precisely the kind of viewpoint-based discrimination the First Amendment does not allow.

FIRE does not take a position on the Israeli-Palestinian conflict, its corresponding movements, nor use of the IHRA working definition in other contexts, such as statistically tracking anti-Semitism globally, but we have repeatedly warned of the threat to campus speech rights posed by efforts to employ this definition in identifying alleged discriminatory harassment. As predicted, the definition is now cropping up throughout the country in support of demands to strip students and faculties of their First Amendment rights. Elected officials and private actors have indeed sought to pressure universities to suppress speech critical of Israel, or to enlist the Department of Education to do so.

FIRE statement on Office for Civil Rights’ use of ‘anti-Semitism’ definitionhttps://t.co/Nf1iUGOgUp pic.twitter.com/GhUmWWzvcA

This definition and its accompanying examples could apply to all manner of speech, from speaker panels to informal discussions among students. It almost certainly would chill discourse on Israeli policy or the Israeli-Palestinian conflict, because many of the examples, including those listed above, target specific arguments that the First Amendment clearly protects. The Constitution allows people (but not the government when regulating speech) to have double standards, to be inconsistent, and to be wrong. Punishing a student or faculty member for applying “double standards” to Israel or for comparing Israeli policy to Nazi policy is unconstitutional.

Moreover, in his book, “The Conflict over the Conflict: The Israel/Palestine Campus Debate,” and in a New York Times op-ed, Kenneth Stern, a lead drafter of the IHRA working definition and a prominent expert on anti-Semitism, makes clear the definition was intended for an entirely different purpose. In his book, Stern explains that it was crafted to help standardize data collection of increasing incidents of anti-Semitism in Europe in the early 2000s. According to Stern, “Most countries didn’t have a definition of antisemitism, and those that did had differing ones.” The definition, Stern further recounts, “was not to label anyone an antisemite but rather to guide data collectors, so they’d have a better sense of what to include and exclude.”

Unfortunately, OCR’s intent to engage in rulemaking on anti-Semitism comes without further clarification regarding whether it intends to use the IHRA definition. Nevertheless, statements from the Biden Administration suggest OCR could be willing to move forward with IHRA’s definition, even though it would be unconstitutional to use it to determine whether speech constitutes harassment.

The apparent prevalence of campus anti-Semitism, as detailed in the congressional letter to OCR, is no doubt concerning. But if OCR moves forward with the IHRA definition, FIRE is prepared to defend students and faculty subjected to the censorship that will inevitably result. We plan to engage with OCR through the rulemaking process and to work with lawmakers on constitutional alternatives to combat unlawful harassment.