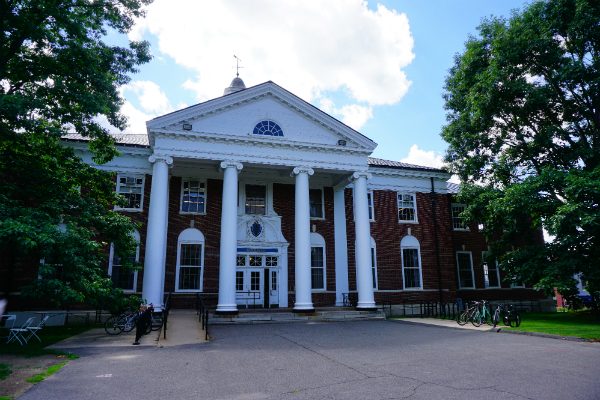 Earlier this month, the Committee for Accuracy in Middle East Reporting in America, a “media-monitoring, research and membership organization devoted to promoting accurate and balanced coverage of Israel and the Middle East,” filed an open records request targeting University of Massachusetts communications professor Sut Jhally over his alleged anti-Israel advocacy. CAMERA’s abusive request chills academic freedom and demonstrates the need for reform.

CAMERA’s request is a response to what it calls Jhally’s career of “shameless propaganda” against Israel, most notably a movie he produced and a conference he organized regarding the Israeli–Palestinian conflict. According to CAMERA, Jhally’s work deliberately misconstrues the facts of the conflict, to the point where CAMERA filed a complaint with UMass alleging academic misconduct, which was dismissed in January 2018.

In its request, CAMERA asked UMass to disclose Jhally’s emails regarding CAMERA’s complaints about his academic work and events he was involved in. It asserts that Jhally “has been leaving his students worse off by using his status as a professor at UMass Amherst to promote hostility towards Israel and American Jews,” and that “[t]he public has a compelling interest in having these emails being made public.”

Regardless of the reason for CAMERA’s request, targeting a professor for his political positions via open records laws sends a chilling message to all state university faculty, who must now think twice before delving into this topic. It’s a tactic to which FIRE has objected again and again.

Many universities may have offices that routinely deal with open records requests for administrative records, which in any case do not generally implicate academic freedom concerns. But for individual professors, complying with wide-ranging open records requests is a burdensome, intrusive process requiring them to spend countless hours sorting through their online communications for everything that’s relevant to the request, usually with no help from university staff members. Worse, due to the presumption of disclosure — and the narrowness of exceptions to open records laws — professors are frequently required to divulge inherently private information, such as unpublished data, earlier drafts of published works, and social communications with colleagues, students (albeit with their identities redacted), and administrators.

As explained in FIRE’s “The Chilling Effect of Sunlight: Preserving Academic Freedom in the Face of Abusive Open Records Requests,”the probative value of such requests is typically pretty low, given that they are targeted at professors who are publicly expressing a viewpoint. Broadly speaking, if you look hard enough through a professor’s thank-you notes and app store downloads, you will discover very little that provides insight an outspoken professor wouldn’t already share. What they most certainly do achieve, however, is chilling the professor’s expression. And as other faculty see their colleagues go through this arduous process, they rationally may refrain from research, teaching, and writing on the issues that prompted the abusive request.

State universities are government agencies, and transparency is important. Exempting such institutions wholesale from open records laws would be a bad idea. But it’s not an either-or choice. To deter these fishing expeditions, FIRE urges states to consider the principles found in our “Model Resolution on Academic Freedom and Government Transparency,” which seeks to preserve the salutary effect of open record laws while shielding professors’ private academic records from forced disclosure. We are happy to work with state legislators to uphold the academic freedom of its public university professors.