FIRE > Newsdesk > Top Story > A frivolous threat of a lawsuit, then a serious threat of defunding: Student journalists at Tarleton State University are under attack 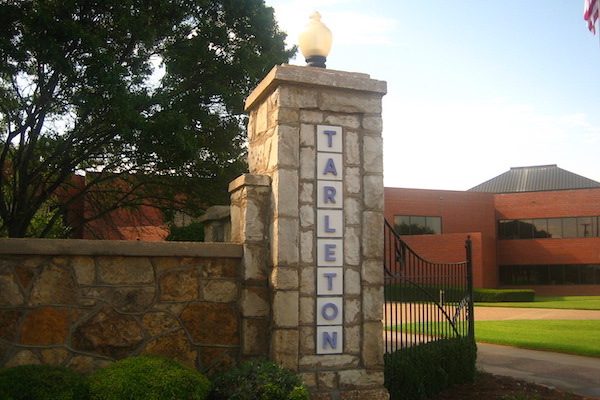 When Sierra Dyson, editor of the editorially independent student newspaper Texan News Service, received a demand letter signed by a New York attorney and threatening a lawsuit, she probably didn’t imagine things would get worse. But they did.

Dyson was confident the litigation threat was frivolous, since it concerned articles that had been written some three years ago. And she was right. The defamation claims were not only well outside the statute of limitations, but were also without merit; even if the letter had been timely, the TNS articles weren’t defamatory.

But when Tarleton administrators learned of the threat, they ensured that its unfounded demands would be followed. Administrators gave Dyson a choice: Comply with the demand letter or the student paper would lose its university funding.

Now, FIRE, joined by the Student Press Law Center, is calling Tarleton out: Demanding student journalists remove content is a clear violation of the First Amendment.

The litigation threat came from Diana Warshow, an attorney at the New York firm Nesenhoff and Miltenberg, who boasts a “background in journalism.” Warshow was retained by former Tarleton professor Michael Landis, who left the university in 2018 following allegations from multiple female students that he had acted inappropriately. (A university investigation could not establish that Landis violated the university’s sexual harassment policies, but concluded that there was enough to establish that he had engaged in “highly inappropriate and unprofessional behavior.”)

Because truth is an absolute defense to a defamation claim and TNS can show that it accurately reported on the allegations against Landis, Landis’s threats are not only time-barred, they are also without legal merit.

Warshow’s letter claimed TNS’s coverage of the allegations was defamatory, and threatened that Landis was “prepared to take any and all legal action” against the paper.

The glaring problem with this threat?

Any claims for defamation were time-barred. In both Texas and New York (where Landis now teaches and where his attorney practices), defamation claims must be brought within one year of publication. The most recent of the allegedly defamatory articles had been published two years and ten months prior to Landis’s threat of litigation.

These claims were going nowhere.

As you may recall from FIRE’s previous coverage of the situation, TNS had carefully followed the allegations against Landis, and it was very early in the controversy that Tarleton administrators began to interfere with the First Amendment rights of its students and faculty.

TNS first reported on the Landis allegations in February of 2018 when a former student came forward with text messages showing that Landis had invited her to dinner, drinks, and movies, noting that his “wife will be away … so it’ll just be me & the dogs.” When the student filed a complaint with Tarleton’s human resources department, she was told that the office had “received allegations of similar behaviors from three other reporters.”

TNS’s reporting continued throughout the spring of 2018 as more students came forward with stories of uncomfortable encounters with Landis, including an allegation — which Landis later admitted — that he shared a hotel room with a female student during a conference, and another accusation that he pressured an underage student to allow him to buy her shots.

TNS made a final mention of Landis in September 2018, when it accurately reported on a new policy within the Texas A&M System, of which Tarleton is a part, prohibiting romantic relationships between faculty and students. The university said the new policy was not in response to the allegations against Landis, TNS reported at the time.

In her demand letter, Landis’s attorney took special issue with the article, “Breaking News: University administrator recommends termination for professor accused of inappropriate behavior.” While this article correctly reported that Tarleton had found insufficient evidence to support a Title IX claim against Landis, Warshow argued that it was nonetheless defamatory because it did not include this information until the “last several paragraphs” and instead focused — again, accurately — on the fact that the university had nonetheless found Landis’s behavior “inappropriate.”

Because truth is an absolute defense to a defamation claim and TNS can show that it accurately reported on the allegations against Landis, Landis’s threats are not only time-barred, they are also without legal merit.

Landis’s threats against TNS were going nowhere. The success of the letter, sent directly to the student editor, depended on whether she was savvy enough to learn about the statute of limitations and whether a saber-rattling letter would be enough to scare her into compliance.

And it was going nowhere — until the university needlessly upped the ante.

Students Wrote About Allegations Against a Professor. Then the Articles Disappeared. https://t.co/VfzSaOC3Nb

Eric V. Morrow, Tarelton Dean of the College of Liberal and Fine Arts, called Dyson into a meeting to discuss the demands. In this meeting, Morrow insinuated that “hypothetically” if TNS did not remove articles mentioning Landis, the university would pull funding for the publication. He incorrectly claimed that, because TNS is supported by an academic department, it lacks the First Amendment rights enjoyed by student newspapers that are organized as student organizations.

When Dyson brought up the statute of limitations issue, Morrow was mostly undeterred, but told Dyson she need not take down the articles yet.

Shortly after the meeting, “yet” became the operative word.

“I received the following directive from the university administration,” Morrow wrote in an email to Dyson. “Please have TNS remove all of the articles/videos referenced in the attached letter.”

In addition to threatening TNS’s funding, Tarleton policy makes failing to “comply with directions of a university official . . . acting in the performance of their duties” a violation of the university conduct code.

Not so much worried about Landis’s defamation threats, but certainly worried that TNS would lose its funding if she refused, Dyson took down most of the articles, leaving only the article about Tarleton’s faculty-student relationship policy.

Regardless of its organizational structure, TNS enjoys First Amendment rights

Despite Morrow’s claims that Tarleton has a right to censor TNS because it is housed within the Department of Communication Studies, TNS has First Amendment rights and Tarleton’s administration violated them, as FIRE and SPLC explained in our letter.

While legal precedent gives administrators in K-12 schools leeway in limited situations to regulate student-edited media, this precedent has not been applied to college newspapers in the U.S. Court of Appeals for the Fifth Circuit, where Tarleton is located.

Even if the K-12 precedent did apply, the institution’s own policy dictates that TNS’s staff members “exercise the same first amendment rights and responsibilities as professional journalists, foremost among them the right to practice their craft without fear of retaliation or censorship.”

With this policy in mind, even applying the legal precedent most deferential to administrators — precedent which, again, generally only applies at the K-12 level — a court would find that TNS had been established as an “open forum” for student expression and is thus guaranteed freedom from administrative oversight on content. Even in the K-12 context, administrators lack authority to regulate student publications that are established as “open forums.”

In other words, no matter how you square it, Tarleton had no right to “direct” TNS to remove content.

To make matters worse, Tarleton’s actions not only resulted in a First Amendment violation, they also made TNS’s position with respect to potential litigation by Landis more precarious.

To exercise their First Amendment rights then, TNS would now assume the risk that Landis, potentially freed from the statute of limitations issue, could sue. Although TNS could prevail on the grounds that Landis’s defamation suit was time-barred, it is worth noting that Tarleton’s decision to resort to censorship was not based upon a thoughtful legal analysis.

FIRE and the SPLC have insisted that, in order to make TNS whole, Tarleton must agree to indemnify TNS, as well as its staff, against any potential litigation by Landis.

Regardless of the statute of limitations, there are plenty of reasons that TNS would likely ultimately prevail in a suit by Landis, not least because the newspaper can show that its reporting was true and presented an accurate picture of allegations against Landis at the time. However, if a court determined that restoring the articles constituted a new publication, TNS would have to spend considerable time and expenses mounting a substantive defense — all because the university’s constitutional violation potentially deprived them of the complete procedural bar provided by the statute of limitations.

This is why FIRE and the SPLC have insisted that, in order to make TNS whole, Tarleton must agree to indemnify TNS, as well as its staff, against any potential litigation by Landis. Anything less will leave TNS’s fundamental right to freedom of the press injured by Tarleton’s unconstitutional directive.

Tarleton’s refusal to uphold its students’ rights had serious consequences for its student journalists. The university’s interference not only effectuated an unfounded litigation threat and violated its students’ First Amendment rights, but will also have a serious chilling effect on the willingness of students to come forward — or report on — when they face “inappropriate” behavior from faculty.

Tarleton State must do better, and FIRE is prepared to use all of the resources at our disposal to ensure a just outcome that meets Tarleton’s obligations under the First Amendment.