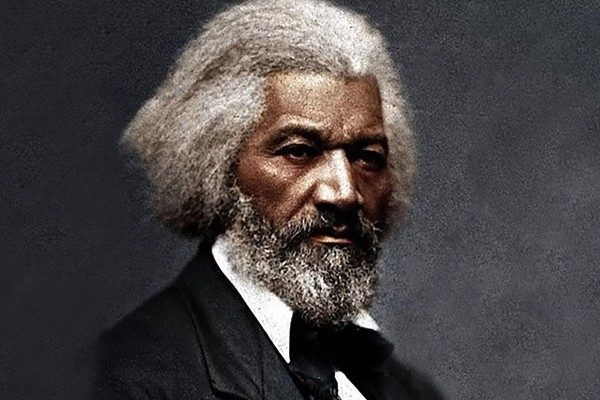 The Prestigious Ashurbanipal Award: ‘A Glorious Liberty’ by Damon Root

Back in April, I put this book on my honorable mentions list, but that gnawed at me. This was such a great and important book, I decided I had to make it the July book award winner.

As a general rule, if you are interested in Frederick Douglass, read Frederick Douglass. While many 19th-century writers can be a chore to read, Douglass is a delight — crisp and clear, filled with gripping story telling and timeless wisdom, and jokes that actually land, even today. 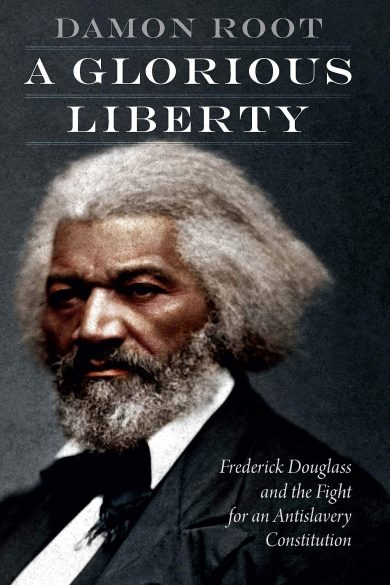 Books about Douglass rarely add more than the great man could convey in better prose. But Damon Root’s “A Glorious Liberty: Frederick Douglass and the Fight for an Antislavery Constitution” is a rare exception.

“A Glorious Liberty” is about Douglass’ transformation on the value of the Constitution. The abolitionists led by William Lloyd Garrison believed the document was evil for permitting slavery, and Douglass agreed. But over time, Douglass came to believe that the Constitution was, in fact, a key weapon in the battle against slavery, and as the title suggests, a “glorious liberty document.” For this, he was bitterly denounced by Garrison and other abolitionists.

The book follows Douglass up through the Civil War, tells the story of the first black regiment (featured in the still impressive 1989 film “Glory”), and Douglass’ fight against the rise of Jim Crow and lynchings after the Civil War. The final chapters introduce the great Ida B. Wells, who would carry the fight against Jim Crow into the 20th century, and, as every First Amendment advocate knows, renamed the crusading Memphis newspaper she edited and co-owned to the “Free Speech and Headlight.”

This short book is relevant today for those of you who wonder how liberalism could be squared with detestable institution of slavery: The answer was it couldn’t.

[John C.] Calhoun would ponder the Declaration’s implications for his beloved slave system. In 1848 he finally followed his proslavery logic to its conclusion and denounced both the Declaration and its author, Thomas Jefferson. In fact, Calhoun went even further than that. He denounced the entire liberal tradition dating back to the English political theorist John Locke, who famously argued that government was instituted for the purpose of protecting humanity’s preexisting natural rights.

Indeed, Douglass and Calhoun actually agreed on one thing: The institution of slavery could not long survive either liberalism or freedom of speech, properly understood.

As readers might have noticed, I always review books with audio versions. This is sadly my first exception, but I think we should bang the drum until this excellent book gets not only an audio version but the recognition it deserves. 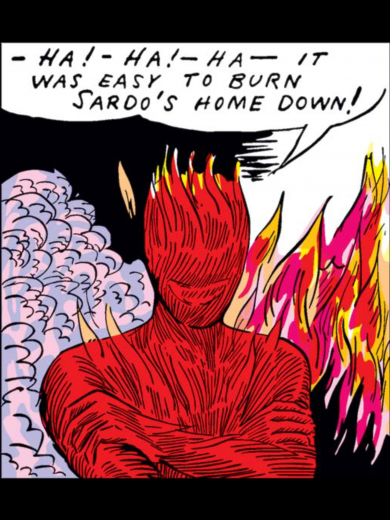 Thanks to my habit of reading comics before bed every night, I have now finished all of “The Fantastic Four” and all of “The Incredible Hulk.” I decided to go back to the very start and read the VERY first Marvel comics that came out shortly after the runaway success of Superman in 1938. Although the company wouldn’t be known as Marvel until the 1960s, the start of the Marvel Universe came in the 1939 issue 1 of Marvel Comics, which was promptly changed as of issue two to the name Marvel Mystery comics.

You have to put your anthropologist hat on, as you are looking at comics from a time when people had no really fixed idea of what a superhero comic was supposed to look like. 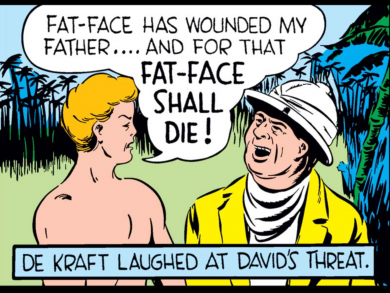 You will run into offensive and racist stereotypes if you read Ka-Zar, a Tarzan rip off. I skipped him anyway, as I’ve never cared for cowboy or Tarzan stories, but this frame was one of the weirdest things I’d ever seen in a comic.

The main two characters in Marvel Mystery Comics are the Human Torch and the Sub-Mariner. Torch starts off as an android (despite the “Human” moniker) who bursts into flame when exposed to air. His creator is urged to destroy him but others want to use him for nefarious ends. The Human Torch turns on them and goes a bit overboard, delighting in burning down a mobster’s house for no good reason. But Sub-Mariner is even darker. He pretty much murders humans on sight at first, but then starts helping them fight against the Nazis, falls in love with a lady cop, and tries to reform, seeking to become a real superhero — cape and all.

But there’s a twist…those murders didn’t just go away. He is tried and sentenced to the electric chair. 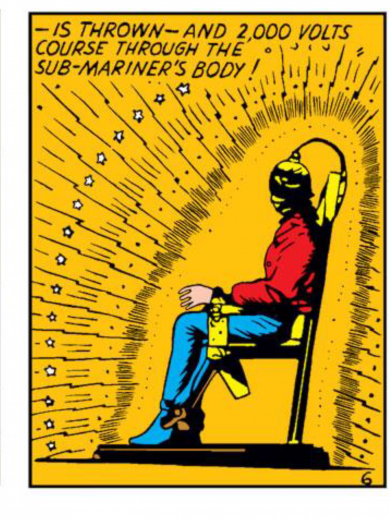 He survives but vows to destroy New York. This is all to bring him into conflict with the Human Torch who is now a NYC policeman for some reason. Possibly the first and biggest superhero crossover battle takes place. Getting two superheroes to fight is a Marvel staple and they did it right from the start, but the road there is wonderfully bizarre, haphazard, and, at times, kind of warped.

You will also get to meet the Masked Raider, a mustachioed vigilante named The Angel, and the least threatening looking robot superhero of all time, ELECTRO.

Enjoy my fellow nerds; the past truly is a different country.

When F. Scott Fitzgerald wrote “There are no second acts in American lives,” he may have been right, but only on the technicality that Angeleno pop musician Carly Rae Jepsen is Canadian by birth. “Oh no,” you might be saying, “not the ‘Call Me Maybe’ girl.” And you’d be right, kinda. It took me years to give Jepsen’s 2015 album “Emotion” a chance, prejudiced as I was against her diabetes-inducing bubblegum pop hit from 2011. 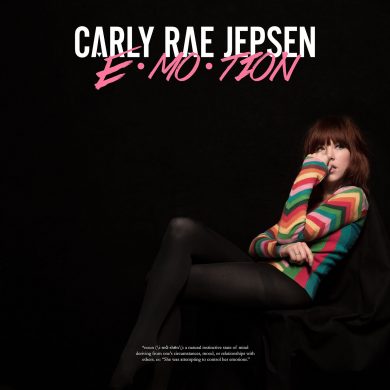 But I’m here to tell you that there are darker and more complex layers to Jepsen, and my years spent with “Emotion” in my queue were wasted because “Emotion” is one of the greatest pop albums of all time.

Want to dive in? Start with the first track, “Run Away With Me,” with its towering and meme-ified saxophone riff. (You may have already heard it in the tenth episode of Mr. Robot’s final season during its delightful subversion of the running-through-the-airport-to-catch-your-leaving-lover cliché.) It’s not just catchy, it’s musically very interesting, and has led to some truly fantastic arrangements and re-harmonizations.

But make sure you at least get to the track “I Didn’t Just Come Here to Dance,” a personal favorite of mine, and a perfect call-back to ‘90s club hits like Robin S.’s “Show Me Love” and Everything But the Girl’s “Missing” with modern flair. The track “All That” (and the cut tracks that wound up forming the album’s also-excellent “Side B” EP) call back to the great ‘80s new wave and synthpop music from bands like Depeche Mode, New Order, and OMD.

(I would be remiss not to mention the album’s lead single, “I Really Like You.” It’s one of the weaker tracks, but the music video features all-time-greatest-human Tom Hanks.)

I implore you, even if you hate the painfully catchy “Call Me Maybe,” if you have affection for any pop music of the last 40 years, “Emotion,” its “Side B” EP, and its follow-up “Dedicated” are all essential listening. 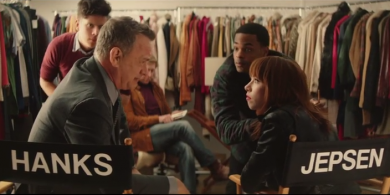