FIRE > Newsdesk > Press Releases > A professor is under investigation for criticizing the Chinese government. Defend his rights with two clicks. 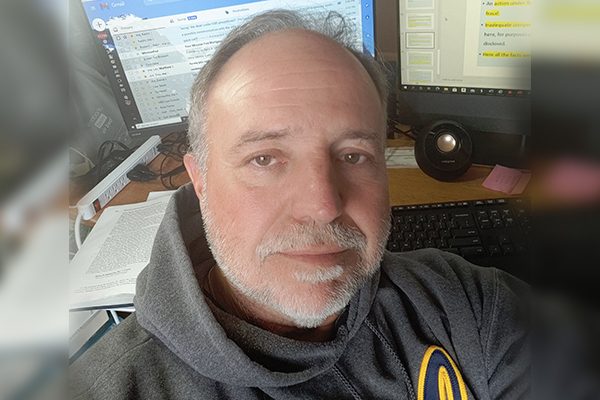 SAN DIEGO, Calif., April 13, 2021  — Almost a month after launching a preliminary investigation into law professor Tom Smith’s online comments criticizing the Chinese government, the University of San Diego School of Law is doubling down on its violation of Smith’s expressive rights. In defiance of free speech advocacy efforts by the Foundation for Individual Rights in Education and others, the law school has now passed the investigation to the university for an official review.

On March 10, Smith posted an excerpt from a Wall Street Journal op-ed on his personal blog, along with his own commentary: “If you believe that the coronavirus did not escape from the lab in Wuhan, you have to at least consider that you are an idiot who is swallowing whole a lot [sic] of Chinese cock swaddle.”

After the post prompted cries of racism from student groups, the university opened an investigation into Smith’s reference to “Chinese cock swaddle.” In response to the criticism, Smith updated the post to clarify that he was referring to the Chinese government, not to Chinese people generally.

FIRE defended Smith’s freedom of expression in March with a letter to the university. The university’s general counsel responded, offering only that USD was “reviewing the matter and expeditiously will take action as appropriate.” FIRE sent a second letter on April 1 expressing its disappointment with the tepid response and reminding the university that investigations alone are enough to create an impermissible chilling effect on campus.

“It’s easy to say that you have the right to free speech, but there’s a climate where there’s so much that you risk by exercising that right,” Smith told FIRE. “And it ends up really diminishing academic freedom.”

FIRE received no response to its second letter, but Smith let FIRE know on April 6 that rather than backing down, the university launched an official “review.”

“Against the objections of free speech advocates and all common sense, and in defiance of its own promises to protect extramural expression, USD continues to obsess over Smith’s comments,” said Conza. “The school must immediately end its review so that all faculty can feel free to express themselves and engage in open dialogue.”

In his inaugural address as president, USD President James Harris said the university can set an example in higher education by playing a “central role as a bastion of free speech and open dialogue in a free and democratic society.”

Though USD is a private institution not bound by the First Amendment, it is required to live up to its promises of free expression.

Join us in calling on the university to live up to its laudable goals by immediately ceasing its investigation into Smith.