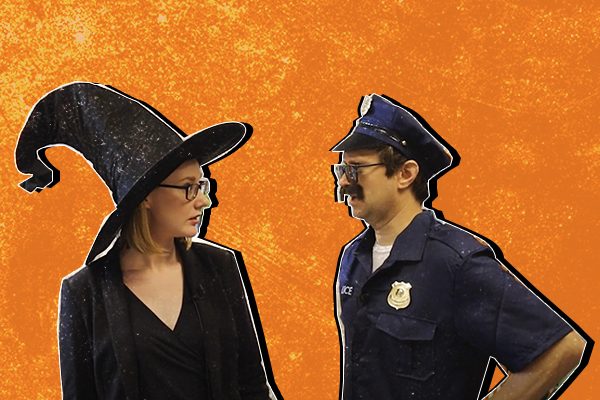 Halloween parties can be a fun way to express yourself in college, but at Lehigh University, students had better watch out, as the university maintains a policy that says “party themes and behavior” shouldn’t be “sexually, racially, religiously or otherwise offensive.”

Because the policy could be applied to restrict just about anything administrators find distasteful, it’s FIRE’s Speech Code of the Month for October.

It’s hard to think of a Halloween costume that wouldn’t offend at least one person, from costumes with weapons and fake blood to “sexy” versions of things that just shouldn’t be sexy (last year’s selection gave us “sexy hand sanitizer” and “sexy banana bread,” because nothing says sexy like being stuck inside during a pandemic!). And given that some object to Halloween across the board because of its historical ties to paganism, even a simple witch hat could be called offensive.

I’m sure students at Lehigh have taken part in Halloween parties in the past without undergoing costume raids by the administration, and the enforcement mechanism of this policy is indeed vague. But the presence of a policy like this on the books means that, at the first sign of controversy, the administration can dig up this policy and apply it to restrict expression that is protected under First Amendment standards.

Being vague about the consequences for offending someone threatens to chill protected speech.

We’re not just speculating here — colleges have threatened to take action against offensive Halloween costumes in the past. For example, in 2019, the president of the College of Charleston sent an email to students telling them to make sure they don’t “choose a costume or party theme that is insensitive to someone’s race, culture, gender or sexual identity,” and that such actions can “lead to consequences from the College.”

And while colleges can certainly encourage students to consider the feelings of others when picking out a costume or party theme, being vague about the consequences for offending someone threatens to chill protected speech.

Lehigh is a private university, so it isn’t bound by the First Amendment the way that public schools are. However, it does promise its students free speech rights, saying students are “free to discuss all topics and questions of interest to them and to express opinions publicly and privately,” and that “[f]ree inquiry and free speech and expression, including the right to open dissent, are indispensable in achieving the goals of an academic community.”

But by telling students they shouldn’t behave in any way that could be deemed offensive by anyone at a party, the school chills protected speech, leaving room only for the most benign costumes (and expression in general).

Please join us in urging Lehigh to revise this policy — to either remove the provision or make clear it’s just a suggestion, rather than enforceable policy.