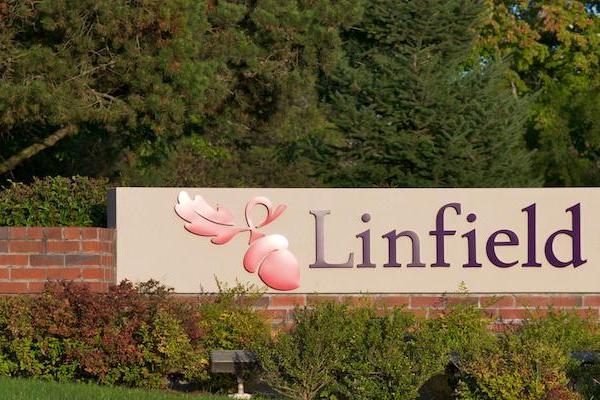 One of the more shocking affronts to faculty free expression and due process rights in recent years was Linfield University’s termination of Shakespeare scholar Daniel Pollack-Pelzner — a termination that is now the subject of an unsparing investigative report from the American Association of University Professors.

Linfield summarily fired Pollack-Pelzner last April after he publicly criticized Linfield’s response to reports accusing members of its Board of Trustees of sexual misconduct, and accused members of the Linfield administration, including its president, Miles K. Davis, of making remarks with antisemitic undertones. When interviewed by Linfield’s investigators, Davis denied making such remarks, so investigators concluded that it was a “he said, he said situation.” However, Davis later admitted in an interview with the Chronicle of Higher Education that he had, in fact, made a remark to Pollack-Pelzner about “Jewish noses.” (Linfield has since quietly deleted its “facts” page asserting that there was “no way to prove that any such remarks were made.”)

Pollack-Pelzner aired his criticisms in a thread on Twitter after he became convinced that his efforts to redress these concerns in his capacity as Linfield’s faculty trustee had proven fruitless. His criticisms tapped into a larger discontent among faculty with Linfield’s leadership: Just over a week before Pollack-Pelzner was fired, Linfield’s Arts & Sciences faculty decisively voted no-confidence in Davis’ leadership.

In announcing Pollack-Pelzner’s firing, Linfield claimed he made “false and defamatory statements,” and an all-campus email sent by the provost made reference to “serious breaches of [Pollack-Pelzner’s] duty to the institution.”

Alas, what Linfield referred to as “false and defamatory” seems more aptly described as “highly unflattering.” One of the trustees whose alleged sexual misconduct was the source of complaints was indicted on eight charges — one felony count of sexual abuse in the first degree and seven misdemeanors — and ultimately sentenced to probation as part of a plea agreement. When asked for an example of the supposed “blatantly false” statements Pollack-Pelzner made, Davis, in the Chronicle interview, cited Pollack-Pelzner’s mistake about how many of the eight charges against the university’s former trustee were felony charges.

However much Linfield disputed the particulars of Pollack-Pelzner’s charges, there’s no disputing the speed with which it terminated him. As the AAUP notes in the opening of its report, Pollack-Pelzner’s laptop knew he’d been fired before he did:

[On April 27, 2021,] Professor Pollack-Pelzner has recounted, his university laptop abruptly shut down while he was participating in a work-related teleconference, and when he tried to reboot it, he received an “access denied” notification. When he attempted to send an email message from his Gmail account to his university email address, he received the following automated reply: “Daniel Pollack-Pelzner is no longer an employee of Linfield University.”

It’s hard to do justice to the full scope of the AAUP’s report in a single blog post, but especially notable is the report’s dismantling of Linfield’s three rationales for firing Pollack-Pelzner without due process.

What Linfield referred to as “false and defamatory” seems more aptly described as “highly unflattering.”

The first rationale proffered by the university is that Linfield’s normal due process requirements didn’t apply because it terminated Pollack-Pelzner for cause. The AAUP is rightly unimpressed: “The implicit argument, if one can call it that, depends on two erroneous premises: (1) A dismissal for cause is related only to misconduct. (2) A dismissal for cause does not require affordance of any due-process rights.”

This argument not only goes against AAUP standards, but also directly contradicts Linfield’s own policy requirements. As we wrote in a letter to Linfield last year (citations omitted):

Linfield’s faculty handbook provides in no uncertain terms that “[d]ismissal of a faculty member” with tenure “will be preceded by” informal settlement discussions, an informal inquiry by a faculty committee, and a “statement of charges, framed with reasonable particularity” by the university’s administration. Adequate cause for such a dismissal lies only where the conduct is “related, directly and substantially, to the fitness of the faculty member in their professional capacities as teachers or researchers.” In such a case, it is followed by a statement of charges, the right to appear before an unbiased faculty hearing committee, and notice of charges at least twenty days before the hearing.

Secondly, the AAUP zeroes in on Linfield’s argument, which its provost made to the Chronicle, that its academic due process requirements weren’t applicable because Pollack-Pelzner was fired in his capacity as an employee, not as a faculty member. The AAUP retorts:

The notion that, when convenient, an administration can choose to apply the provisions of the employee handbook rather than those of the faculty handbook when seeking to dismiss a tenured faculty member is inimical to principles of academic freedom and tenure because it allows an administration to dismiss a faculty member without affordance of the academic due process that defines tenure and protects academic freedom.

The AAUP’s patience is really worn thin by Linfield’s third justification: That the faculty handbook outlining the university’s due process obligations was either outdated, or that it hadn’t been approved by the current president, and thus Linfield wasn’t bound by it. This notion was laughable a year ago when Davis first argued it, and the AAUP’s assessment is withering:

President Davis’s remarkable admission of ignorance regarding his institution’s regulations may have exposed the real basis of his failure to follow those regulations in dismissing Professor Pollack-Pelzner. The offhand and dismissive tone of his admission, furthermore, suggests not only indifference to his presidential responsibilities but incompetence.

It isn’t a heavy lift for the AAUP, nor should it be for anyone with a passing familiarity with the basics of academic freedom and due process, to pronounce Linfield’s justifications “devoid of merit.”

The AAUP’s report puts Pollack-Pelzner’s case in the context of a deteriorating climate for shared governance and plummeting confidence in Linfield’s leadership and trustees. The report notes the abrupt dissolution of Linfield’s faculty assembly in fall 2020 and relates that “when the investigating committee inquired about the state of shared governance at the institution, individuals described it as extremely poor to the point of nonexistence.”

The fallout from Pollack-Pelzner’s firing has been severe, public, and highly deserved.

The topic of alleged insufficiency of Linfield’s past investigations into harassment and sexual misconduct is also broached. Interestingly, one such investigation involves English professor Reshmi Dutt-Ballerstadt, to whom Linfield apologized in 2018 for failing to investigate her harassment complaint in compliance with its own policies. Dutt-Ballerstadt has since been the target of a meritless and baffling investigation into her speech, whose conclusion was chronicled yesterday by FIRE’s Sabrina Conza.

The fallout from Pollack-Pelzner’s firing has been severe, public, and highly deserved. The trustee who endowed Pollack-Pelzner’s chair in Shakespeare Studies resigned from Linfield’s board of trustees in protest. FIRE named Linfield to our list of the worst colleges in America for free expression in 2022. Now, the AAUP’s investigation seems to set the stage for a vote to censure Linfield at the AAUP’s annual conference this summer. Should that happen, the Linfield administration will have no one but themselves to blame, and the university’s board members — supposedly community leaders — that continue to prop up this administration should question whether Davis’ misconduct is a product of “indifference” or “incompetence.”