FIRE > About FIRE > Board of Directors 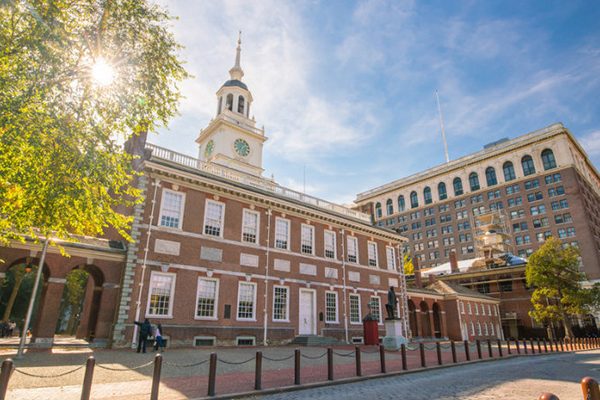 John has over 35 years of experience in technology startups and computer-science research, in entrepreneurial, managerial, and technical roles. He co-founded two big-data Internet startups, ad network Turn and online marketer Post Communications, both with successful exits. He led the product and technology turnaround of tarnished search pioneer Alta Vista, ending with an acquisition by Overture and then Yahoo.

Most recently, John was a partner at accelerator Tandem Capital, working in-house with early stage startups on their business and product plans, team building, and fund raising. He identified the Tile team and helped them launch one of the largest crowdfunding campaigns for its wildly popular Bluetooth tracker, and he worked closely with the PacketZoom founder to develop a successful product and business plan for his core networking technology.

As Entrepreneur in Residence at New Enterprise Associates, he led the launch of Data Domain, an enterprise storage provider acquired by EMC in 2009 for $2.1B.

John spent over 15 years at Xerox PARC, Digital Equipment’s Systems Research Center, and Yale University, researching compilation for VLIWs, programming environments, distributed computing, garbage collection, and wireless PDAs, and receiving two patents in programming-language implementation. He received a BSE from Princeton University and a PhD from Yale University, and his dissertation won the 1985 Association for Computing Machinery Best Dissertation Award and was published by MIT Press.

As Counsel to Boston’s Zalkind Duncan & Bernstein LLP, Silverglate specializes in criminal defense, civil liberties, and academic freedom/student rights law. He has assisted students in trouble since 1969, when he represented student anti-war protesters on trial. He has taught at Cambridge Rindge & Latin School (a public secondary school), the University of Massachusetts College III (in Boston), and Harvard Law School. Silverglate has also served on the Board of the ACLU of Massachusetts for over three decades, including two terms as Board president. He is a long-time affiliate of Harvard College’s Dunster House, where he conducts student “law tables.”

Silverglate chaired the Independent Privacy Board of Predictive Networks, Inc., from 2000 until 2002. Earlier, he was litigation counsel for the Electronic Frontier Foundation, advocating freedom in cyberspace. He is an Adjunct Scholar at the Cato Institute.

Samuel J. Abrams is a visiting scholar at the American Enterprise Institute, where he focuses on questions of related civic and political culture and American ideologies. He is concurrently Samuel J. Abrams professor of politics and social science at Sarah Lawrence College, and a faculty fellow with New York University’s Center for Advanced Social Science Research.

Dr. Abrams has been widely published in The New York Times, The Los Angeles Times, Real Clear, The Washington Post, The American Interest, and The Chronicle of Higher Education, among others. He is the author of several books on a variety of topics including public opinion, Congress, religion and society, and polarization. His scholarly articles have been featured in peer-reviewed journals such as the British Journal of Political Science, The Jewish Journal, and PS: Political Science & Politics. He is presently working on two book projects exploring partisanship, polarization, and society.

Dr. Abrams has an M.A. and Ph.D. from Harvard University and is an alumnus of Harvard University’s Kennedy School of Government Program on Inequality and Social Policy. He received his A.B. in political science and sociology from Stanford University.

Anthony Dick is an attorney in Washington, D.C., where his practice focuses on constitutional and appellate litigation. He has argued multiple cases in different U.S. Courts of Appeals, and he has authored successful briefs before the Supreme Court of the United States at both the certiorari and merits stages. He has written articles that have appeared in publications such as The Wall Street Journal, The Washington Post, National Review Online, SCOTUSblog, and The Washington Times. In December 2012, Forbes Magazine named him to its “30 Under 30: Law & Policy” list of “today’s disrupters and tomorrow’s brightest stars.”

Anthony is a graduate of the University of Virginia and Stanford Law School, where he served as an articles editor on the Stanford Law Review. Following law school, he clerked for Judge Thomas B. Griffith on the U.S. Court of Appeals for the D.C. Circuit, and then for Justice Samuel A. Alito Jr. on the Supreme Court of the United States. He lives in Alexandria, Virginia, with his wife and four sons.

Kmele Foster is a partner at Freethink, a digital media company focused on the people and ideas changing our world. Freethink’s original series explore the intersection of culture and revolution (Pop Revolution), fractious political debates (“Crossing the Divide”), and the innovations reshaping entire industries (“Challengers”). Kmele is a regular contributor to various national media programs and co-hosts a syndicated media commentary podcast, The Fifth Column. In addition to his work in media, Kmele has previously co-founded ventures in technology, communications, and consumer goods.

Joseph Maline is the Chief Technology Officer (CTO) and a Director of Professional Services at immixGroup, responsible for the management of immixGroup’s internal IT staff and computer systems, and working with the immixGroup Solutions line of business in the design, development, and implementation of technical solutions for immixGroup’s clients. As CTO, Mr. Maline oversees all internal IT projects, including technical decisions, project management, and delivery of solutions for the business.

immixGroup is a government business consultancy headquartered in McLean, Virginia, delivering a variety of strategies and services designed to help IT manufacturers Grow and Manage their government business and Government customers more efficiently procure the products and services they require. Working with over 150 IT manufacturers and nearly every government agency, immixGroup has the flexibility to offer its clients the ideal program and growth strategy, whether they sell direct or through the channel, offer emerging or mature technologies, own their own government contracts, or none at all. immixGroup’s clients include Fortune 1000 corporations, federal and state governments, and rapidly growing middle-market companies in the retail, distribution, manufacturing, and service industries.

Mr. Maline graduated from the University of Pennsylvania with a bachelor’s degree in the history and sociology of science and from Harvard University with a master’s degree in the history of science. Before joining immixGroup, Mr. Maline served as the CTO of Management Information Consulting, Inc. (MIC), an e-business, systems integration, and information technology consulting firm. He is married with two children and lives in Herndon, Virginia.

John McWhorter is Associate Professor of English and Comparative Literature at Columbia University, teaching linguistics, Western Civilization and music history. He is a regular columnist on language matters and also race issues for Time and CNN, also writes on language for the Atlantic, and hosts the Lexicon Valley podcast at Slate. His work has also appeared in the New York Times, Washington Post, the Wall Street Journal, Chronicle of Higher Education, The American Interest, and other outlets. He was Contributing Editor at The New Republic from 2001 until 2014.

He earned his PhD in linguistics from Stanford University in 1993 and is the author of The Power of Babel, Doing Our Own Thing, Our Magnificent Bastard Tongue, The Language Hoax, and most recently Words on the Move and Talking Back, Talking Black. The Teaching Company has released four of his audiovisual lecture courses on linguistics. He spoke at the TED conference in 2013 and 2016.

Beyond his work in linguistics, he is the author of Losing the Race and other books on race. He has appeared regularly on Bloggingheads.TV since 2006, and produces and plays piano for a group cabaret show, New Faces, at the Cornelia Street Cafe in New York City.

Marlene Mieske is a registered nurse who has spent the past 35 years working with the mentally ill in Boston and New York City. During the late 1960s and early 1970s, she was involved in implementing the de-institutionalization and community mental health policies of that time. She went on to coordinate the Special Studies Clinic at Massachusetts General Hospital. During that time, the clinic conducted the NIMH fluphenazine-decanoate study along with other significant clinical research involving schizophrenia and major depression.

In New York City, Mieske became the first director of psychiatric nursing at Lenox Hill Hospital. In that role, she was instrumental in opening the first psychiatric inpatient unit as well as the first support group for hospital staff taking care of AIDS patients in the early 1980s. After leaving Lenox Hill, she continued her commitment to the mentally ill by working in a day treatment program for people challenged by mental illness and drug addiction.

Presently, Mieske’s focus has shifted to supporting the mentally ill in a broader context. As a member of the Board of Trustees of Fountain House—a club house for the mentally ill in New York City—she is developing and implementing a special education project to help reduce the stigma of mental illness among health care providers and the general public. Mieske’s other interests include participating on the board of PROMISE, at Columbia Presbyterian hospital which supports undeserved children with attention and learning disabilities, and serving on the board of advisers at the New York Civil Right Coalition.

Mieske is a graduate of Albany Memorial School of Nursing and earned her bachelor of science and master of science degrees in nursing from Boston College, with honors. She is married with two sons and resides in New York City.

Virginia Postrel is an author, columnist, and speaker whose work spans a broad range of topics, from social science to fashion, all with an eye toward understanding the personal and social meaning of life in a dynamic, commercial culture.

Postrel is the author of “The Power of Glamour: Longing and the Art of Visual Persuasion”, published by Simon & Schuster in 2013. Her previous books are “The Substance of Style” (2003) and “The Future and Its Enemies” (1998).  She is writing a book on the history of textiles, technology, and trade, to be published by Basic Books in the U.S. and Hachette in the U.K. She is a regular columnist for Bloomberg Opinion.

From July 1989 to January 2000, Postrel was the editor of Reason magazine and vice president of the Reason Foundation.

Keith E. Whittington is the William Nelson Cromwell Professor of Politics at Princeton University. He writes about American constitutional law, politics and history and American political thought. He has been a visiting professor at the University of Texas School of Law and Harvard Law School and is a member of the American Academy of the Arts and Sciences. He did his undergraduate work at the University of Texas at Austin and completed his Ph.D. in political science at Yale University.

His work has appeared in the Wall Street Journal, the Washington Post, the New York Times, and the Atlantic, among other outlets, and he is a regular contributor to the Volokh Conspiracy blog. He is the author of several books, including Speak Freely: Why Universities Must Defend Free Speech; Repugnant Laws: Judicial Review of Acts of Congress from the Founding to the Present; and Constitutional Crises, Real and Imagined.