FIRE > Newsdesk > Top Story > Academic freedom is on the decline in Hong Kong. U.S. universities must acknowledge that. 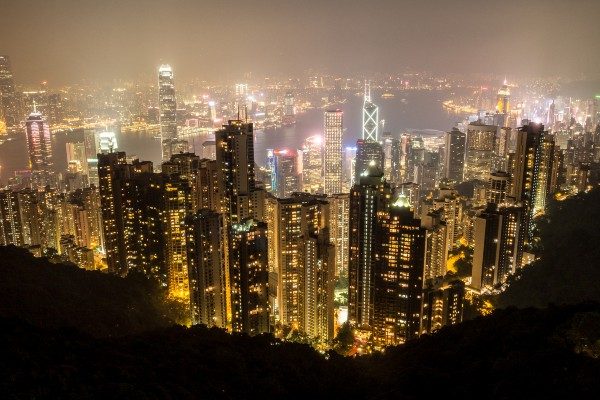 Yesterday, FIRE wrote to over one hundred U.S. universities encouraging them to seriously examine their existing and possible future partnerships with international campuses, and to account for the academic freedom violations they could entail.

The current decline of academic freedom in Hong Kong is a striking example of why such considerations are necessary.

In a move that he says “marks the end of academic freedom in Hong Kong,” Benny Tai was fired in late July from the University of Hong Kong.

Last month, FIRE wrote that, after the imposition of the National Security Law, universities with partnerships in Hong Kong needed to address the new academic freedom challenges that might result from the law. Unfortunately, we didn’t need to wait long for examples.

In a move that he says “marks the end of academic freedom in Hong Kong,” Benny Tai was fired in late July from the University of Hong Kong. Tai, a well-known democracy activist in Hong Kong, was a tenured associate law professor before HKU’s university council voted 18-2 to remove him, a reversal of the university’s previous decision not to fire him. Since his firing, over 2,500 HKU students, staff, and alumni have signed a petition led by HKU’s Student Union demanding that Tai be reinstated.

Tai alleges that “an authority beyond the University through its agents” was responsible for HKU’s decision to dismiss him. HKU Student Union president Edy Jeh also asserted that politics were central to the case, saying: “I believe that the council made this decision out of political concerns.” A statement from the Hong Kong Liaison Office, the Chinese government’s main office in Hong Kong, calling Tai’s firing “a punishment for evil doing” that protects “the overall interests of Hong Kong, meets public expectations and safeguards social justice,” did little to dispel these allegations.

So what does this have to do with U.S. universities?

It is very unlikely that this is the last time reports of academic freedom violations will arise in Hong Kong.

While infringements on academic freedom anywhere should be a global concern, since such restrictions rarely stay confined within borders, a number of major U.S. institutions work with universities in Hong Kong — including HKU. And when universities engage in partnerships in other countries, they become more susceptible to the speech restrictions found there.

HKU’s “Partner List” contains over 60 U.S. universities, including Columbia University, New York University, Harvard University, Oberlin College, and Michigan State University. Many of these universities, like Northwestern, Princeton, and Tufts, for example, offer exchange programs in Hong Kong based out of HKU. Between HKU’s firing of Tai and the broader, swift decline of expressive freedoms in Hong Kong, universities partnering with HKU (and other Hong Kong universities) should now be asking themselves the following questions:

For years, FIRE has expressed concerns about the relationship between universities and countries like China and Qatar, which have formed extensive academic ties in the form of satellite campuses and exchange programs with institutions in the U.S. As we wrote yesterday, there are benefits to international partnerships that open universities, as well as their students and faculty, up to research, experiences, and resources in other countries and institutions. But universities must take into account the risks that accompany those opportunities and plan accordingly.

It is very unlikely that this is the last time reports of academic freedom violations will arise in Hong Kong. Universities should assume this is not an isolated incident and prepare for the possibility that one of their own students or faculty could be next in line. Adopting a version of FIRE’s “Commitment to Campus Free Expression at Home and Abroad” — and doing the necessary work of reviewing contracts and speaking with partner institutions — is a good place to start.