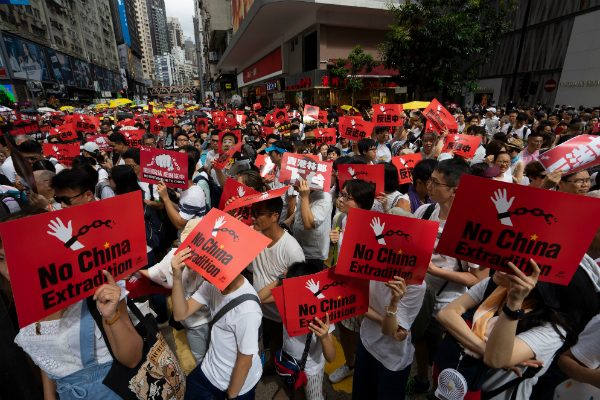 The Chinese University of Hong Kong became a focal point in Hong Kong’s continuing unrest this week as police, armed with tear gas and rubber bullets, attempted to enter CUHK’s campus and clashed with students who had built barricades and fought to refuse them entry to the campus grounds.

One of the most shocking incidents of the confrontation occurred when CUHK Vice Chancellor and President Rocky Tuan was tear-gassed while attempting to approach police to negotiate on behalf of students.

What happened before – #CUHK vice chancellor Rocky Tuan was approaching the cordon line to bring the students’ messages to riot police. Officers refused to negotiate, claiming it’s not the right timing then fired teargas in front of Tuan. #HongKongProtest (@StandNewsHK pics) pic.twitter.com/EVGJCqHQyX

In an attempt to minimize the violence, CUHK chose to end classes early this term.

The conflict has not gone unnoticed by members of the academic community here in the United States and abroad who are concerned about the ability of universities to function “as sites of open inquiry, freedom of expression, and effective teaching” while under siege.

Hundreds of academics in Hong Kong, the United States, the United Kingdom, and elsewhere have now signed onto a petition “urg[ing] the Hong Kong Government to exercise restraint in managing the current crisis, ensuring that the Police follow proper protocol in executing their duties” and students “to envision non-violent means of communication” in their protests.

I’ve signed this petition. It’s an appeal to the HK govt to stop police attacking HK universities. You can find the text at https://t.co/FWmakGmlJ4. If you’re an academic, I encourage you too to sign it.

It’s heartening to see academics both in the United States and abroad take the stance that student rights and intellectual freedom are non-negotiable components of academic partnerships, especially as American universities and institutions around the world continue to expand their reach, sometimes into countries undergoing severe crackdowns on human rights.

FIRE has encouraged American universities to consider this issue in our “Commitment to Campus Free Expression at Home and Abroad,” which asks institutions to ensure that their contracts and agreements “do not and will not threaten the academic freedom or expressive rights of any members of its academic community.”

This friction between international academic partnerships and the rights of academic communities is unlikely to go away soon. So it’s vital that universities take this consideration into account before their community members’ rights are threatened, not after.

Want to learn more? FIRE’s coverage of American universities and international academic freedom issues can be found in our “Home and Abroad” resource page, alongside our translated guides in Chinese, Arabic, and Spanish, and other materials.