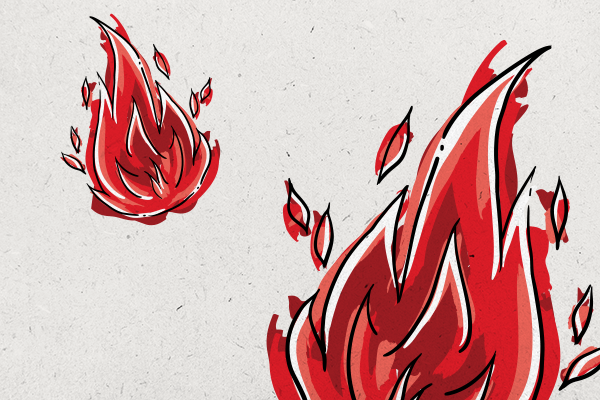 This piece is a response to John K. Wilson’s critique of our Scholars Under Fire database and associated report. Upon completion, it was submitted to, but rejected by, Academe Blog for being outside of their 28-day submission window, which we were unaware of, and passed because we were waiting to include our Nov. 1st update to the database.

In the Scholars Under Fire database, we document direct attempts to professionally sanction scholars for ideological reasons. With this focus, we inevitably exclude other types of incidents that are at least as concerning and that warrant investigation. Nevertheless, we chose our methodology because it maximizes information accuracy and transparency. Below we justify each element of our focus.

Contrary to our critics’ accusations that we think scholars’ expression should be defended no matter what, we recognize that people are sometimes justified in demanding sanctions, and administrators are justified in acting on them. After all, some forms of expression fall outside the purview of academic freedom, and in some cases free speech as well. Scholars who engaged in Title IX offenses involving physical contact; attempted to restrict the free speech/academic freedom of students or journalists; violated their terms of employment; or engaged in fraud were excluded. Furthermore, any scholar currently in the database who is found to have engaged in such behaviors, or is convicted of an associated crime, will be removed.

We also acknowledge that scholars can be targeted indirectly, like when there are calls for the banning of certain curricula or forms of activism. FIRE has vehemently opposed such efforts, including attempts to ban “critical race theory” from K-12 classrooms. When those bans target specific scholars, we include them in the database. However, if no scholars are specifically identified, that means the curricula and/or activism, not the scholars themselves, are targeted. That there may be hundreds, even thousands, of scholars who would be affected if certain curricula or activism were banned should be cause for alarm. Yet it would be extremely difficult to identify each of the scholars who are potentially impacted by such targetings.

As is, we suspect that far more targeting incidents have occurred than our current count of 471 suggests. To capture as many incidents as possible, we continue to scour news stories, and we welcome others to email ScholarsUnderFire@thefire.org if they are aware of incidents that should be added. We have already received and added multiple verifiable submissions.

Lastly, we made the decision to exclude incidents involving personal threats when we were unable to find any demands for professional sanctions. This is not because we are unconcerned about threats. In fact, when collecting information for the database, we were disturbed by the testimonies of scholars who were harassed. Sarah Bond, an assistant professor of classics at the University of Iowa who wrote an article titled “Why We Need to Start Seeing the Classical World in Color,” reported that she received death threats after being featured in a Campus Reform piece. This experience led her to conclude that she might “have to add a few more caveats going forward about the risk of doing [public scholarship] in today’s political climate.”

In his book, “The Coddling of the American Mind,” FIRE President Greg Lukianoff described this concerning phenomenon as follows:

A left-wing professor says or writes something provocative or inflammatory on social media, in mainstream media, in a lecture, or (less often) in an academic publication. The statement is often a reaction to perceived injustices committed by right-wing groups or politicians off campus. A video clip or screen shot is then shared on social media. Right-wing media outlets pick up the story and then retell it in ways that amplify the outrage, often taking it out of context and sometimes distorting the facts. Dozens or even hundreds of people who hear about it write angry posts or comments on social media, or send emails to the professor, often including racist or sexist slurs, sometimes including threats of rape or death. Some people publicly call for the university to fire the professor. Meanwhile, the college administration fails to defend the professor.

We intend to keep our eyes on such cases, and speak out against attempts to threaten and intimidate scholars. Such incidents clearly have a chilling effect on scholars’ speech; however, evaluating the frequency and nature of these threats requires a much different investigation. Whether harassment comes more from those on the right than on the left is an empirical question that requires a systematic investigation. We cannot empirically answer this question by relying on news stories in which scholars publicly announce receiving threats. The AAUP’s work investigating scholars identified in Campus Reform articles revealed that almost 50% of the scholars surveyed who received threats did not report the harassment to campus security or law enforcement. Thus, those scholars who have publicly revealed that they received threats likely represent a tiny fraction of those who actually do. After all, the unfortunate reality is that online harassment is ubiquitous: Pew found that 41% of U.S. adults have personally experienced online harassment, and 25% have experienced more severe harassment, including physical threats, stalking, sexual harassment and sustained harassment.

Furthermore, the AAUP survey focused on a very specific subset of scholars: those who were identified in stories by Campus Reform, a conservative website that purportedly “exposes liberal bias and abuse on the nation’s college campuses.” Of the 213 scholars surveyed, 40% reported receiving threats of harm following Campus Reform stories about them. Of this 40%, almost two in five (39%) curtailed their social media presence, 12% changed their teaching practices, and 6% changed their research agenda. Consistent with our findings, scholars were primarily covered by Campus Reform for comments about race or politics/the election. These findings inform us about the negative effects of being called out by Campus Reform, but they do not tell us anything about the total percentage of faculty who received threats after being called out in any other partisan news outlet. They also do not tell us anything about the frequency or severity of the threats.

A systematic, wide-ranging investigation into the nature of threats that scholars receive is needed. We would seek to determine (a) how many scholars have received threats; (b) whether scholars are more likely to receive threats from  the right or left; (c) which scholars, if any, are more likely to publicly announce when they’ve received threats; and, (d) which scholars tend to receive greater support after publicly announcing that they received threats. To conduct this research, we would need to have access to the original content of the threats so we could evaluate their magnitude and credibility. We should not take self-reports entirely at face value because some of these claims have been exaggerated or faked in the past. Even though we suspect that an infinitesimal number of these claims are false, it is reasonable to withhold judgment until the evidence can be evaluated on the basis of verifiable evidence.

We do not doubt the speech-chilling effects of receiving threats. In fact, we believe this is a serious problem that needs to be examined systematically, with conclusions based on clear criteria for evaluating the magnitude and credibility of threats, lest such allegations risk being misinterpreted, dismissed, or otherwise negated by partisan critics.

Our decision to have a precise focus for the Scholars Under Fire project does not mean that we are not concerned about other forms of targeting; instead, it means that we are willing to restrict the scope of our research in order to illuminate the overarching patterns and distinct characteristics of a specific threat to free speech and academic freedom on campus.