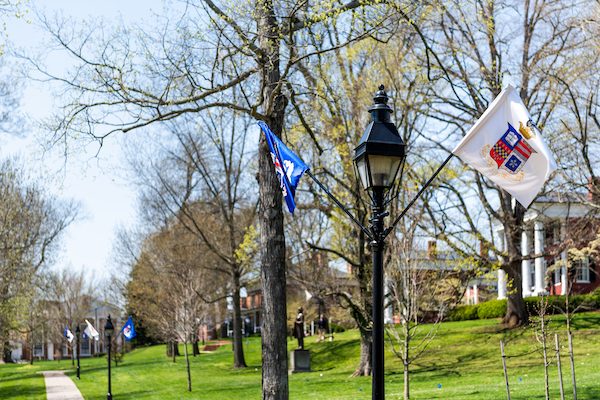 After barring the College Republicans from displaying campaign materials on campus during Virginia’s 2021 gubernatorial campaign, Washington and Lee University implemented a new political activity policy. The new policy cures the pitfalls that led to the university’s censorship of the student group and now protects the ability of students and student groups to engage in political activity on campus. The news is both a warning to other institutions to review their policies before election seasons begin, and an example of how an institution can fix defective policies.

On Sept. 12, 2021, W&L’s College Republicans student group set up a booth at the university’s annual activities fair, which included campaign materials in support of then-gubernatorial candidate Glenn Youngkin. A W&L administrator told the chapter that it must remove the campaign materials, as displaying them violated university policy and could put the university’s status as a tax-exempt organization at risk.

FIRE wrote to W&L on Sept. 23, explaining that while the university is prohibited from advocating for political candidates because of its tax-exempt status, individual students and student groups do not speak on the university’s behalf and may engage in political speech. We also told W&L that prohibiting the College Republicans from engaging in core political speech contravened its own policies, which promise students expressive rights.

In the midst of a tight race for Virginia governor, Washington & Lee told the College Republicans and College Democrats that they can’t advocate for either @TerryMcAuliffe or @GlennYoungkin because of the school’s tax status.@wlunews is wrong.https://t.co/NrXYavCHGJ

When W&L maintained its stance that the College Republicans could not display campaign materials, FIRE contacted former Rep. Bob Goodlatte, who has long championed students’ expressive rights on campus and who earned his law degree at W&L. Goodlatte, former Chair of the U.S. House of Representatives Judiciary Committee and current Senior Policy Advisor at Protect the 1st, a First Amendment advocacy organization, also advocated for W&L to reform its political activity policy.

On Friday, months after FIRE’s letter and Protect the 1st’s advocacy, W&L changed its political activity policy, promising students that they may engage in political expression on campus. This brings W&L’s policy in line with its 2015 adoption of the Chicago Statement, affirming freedom of expression on campus.

W&L’s new policy makes clear that students aren’t prevented from participating in the electoral process and that IRS prohibitions on political activity do not apply to students in their individual capacities. This ensures that students may express themselves and engage in political speech without university censorship.

W&L is far from the only university to implement a policy limiting student political speech or to prevent students from campaigning during an election season, and it unfortunately won’t be the last to learn, once campaign season heats up, that its policies effectuate censorship. Just days before the 2020 presidential election, Susquehanna University prohibited students from displaying campaign signs in their dorm room windows, citing concerns that the students’ political expression could endanger the university’s tax-exempt status. Similarly, in 2016, Georgetown University Law Center prevented a group of students supporting Sen. Bernie Sanders’ 2016 presidential campaign from tabling on campus, citing a policy prohibiting all campaign-related activity on campus. In each case, FIRE wrote to the universities to urge administrators to amend their policies and allow students to engage in core political expression on campus.

Universities must revise their political campaigning policies to ensure they align with the commitments that they make to students that they enjoy expressive rights on campus.

Although W&L eventually did the right thing, the enforcement of the old policy restricted the ability of the College Republicans and other W&L students to campaign for candidates throughout the 2021 election cycle. That should serve as a warning to other institutions: Universities must revise their political campaigning policies to ensure they align with the commitments that they make to students that they enjoy expressive rights on campus, and they should do so before the next election cycle.