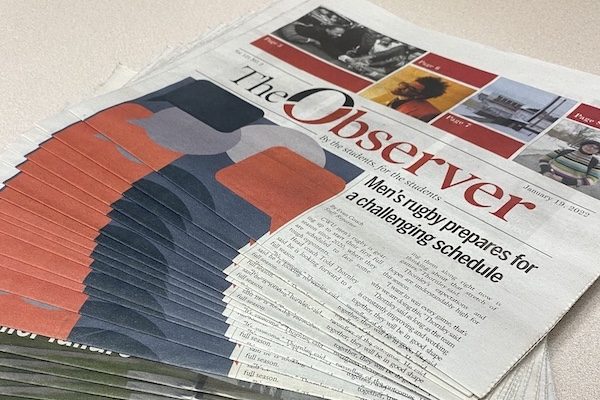 Central Washington University College of Business Dean Jeffrey Stinson apologized last Wednesday to student newspaper The Observer for confiscating stacks of their papers, calling his actions “a mistake” from which he has “learned much.” This apology comes after a FIRE letter calling out the university for the apparent theft of newspapers by Stinson and another business school administrator.

Stinson had a solution: “I’m going to put these papers in the recycling,” he announced.

Unfortunately for him, Stinson said this in the presence of The Observer’s social media editor, who questioned why he would throw away stacks of newspapers.

Stinson’s Associate Dean Keke Wu provided a supposed justification: “Why did [The Observer] think it was smart to print that story on the day that we have so many students coming to campus?”

Theft, even of free student newspapers, is always theft.

According to Stinson’s apology, the newspapers were not thrown away, but were moved out of the main entryway of the Shaw Smyser building. Either way, removing student publications in order to prevent readers from accessing them is clear censorship.

In the unlikely event the content-based nature of this censorship wasn’t already crystal clear, Stinson clarified in a later statement that “Preview Day is critical to our recruitment efforts” and that removing the papers was part of the university’s plan to “present our prospective students and guests with a positive portrayal and outlook of the college and university.” Stinson’s comments eliminate any doubt that the removal was about not just content, but also the tenor or viewpoint of the content, making this an instance of blatant, viewpoint-based censorship.

Our new issue is out now! Look for it on newsstands around campus and Ellensburg. Click the link to view our digital copy 😁 https://t.co/KZus0rdNBn pic.twitter.com/8HisU8dUxr

The university initially provided a laughable understatement in response to the confiscation, admitting the situation “could have been handled differently.”

As we wrote in our letter to CWU earlier this week, they’re right. It could have been handled in a constitutional fashion: by leaving the newspapers alone.

We hope that Stinson’s apology is sincere and that CWU administrators now recognize that content-based censorship is clearly prohibited by the First Amendment, as we explained in our letter. When the viewpoint of the content is the issue, the courts consider this an especially “egregious form” of censorship.

Theft, even of free student newspapers, is always theft — whether it’s effectuated by administrators, university staffers, or even fellow students. But when carried out by officials of public institutions, especially on the basis of their distaste for the content, it rises to the level not only of a probable crime, but also of a constitutional violation.

In Stinson’s apology, he pledges to “redouble … efforts” to “steadfastly promote freedom of thought and speech and to encourage robust and insightful electronic, print and digital student news coverage.”

We’ll be keeping an eye on the situation at CWU to ensure that not only Stinson, but other administrators have learned from this experience and will ensure press freedom is respected.