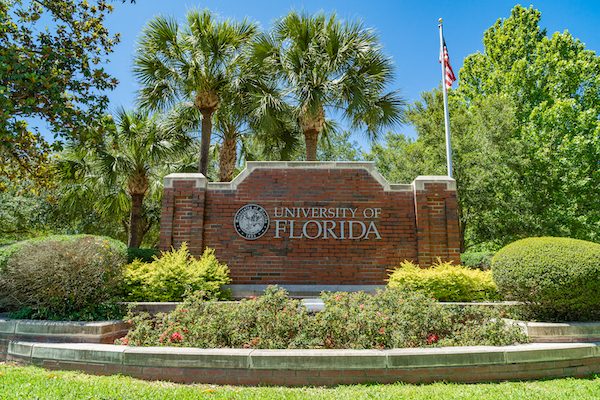 For a public university with top-notch free speech promises, what’s happening at the University of Florida is a case study in how quickly things go wrong when politicians commandeer control of the classroom. In just over a month, UF has become entangled in two major free speech controversies: First, sparking national outrage and a lawsuit over a since-retracted ban on faculty giving courtroom testimony that might hurt state interests. And now, a faculty member says his department-approved job description is facing administrative censorship because the class title includes the words “critical” and “race.”

The claims suggesting Florida lawmakers have undue influence over what may — and may not — be taught at public universities represent yet another substantial threat to the rights of UF faculty.

Christopher Busey, an associate professor in the College of Education, detailed in a grievance filed this week how university administrators warned him against phrasing that could run afoul of state legislation designed to ban teaching “critical race theory.” According to the Tampa Bay Times:

Busey alleges in the complaint that he was threatened with discipline if he used “critical race” in his curriculum and program design, an apparent reference to “critical race theory.” Discussion of the theory, an academic framework examining the impact of America’s racial history, was banned earlier this year in Florida’s K-12 classrooms after some parents complained and Gov. Ron DeSantis took up the issue as a frequent talking point.

The document states that pressures have been mounting since the passage this year of House Bill 233, which requires the state’s public colleges and universities to measure the level of “intellectual diversity” on their campuses through surveys.

It also states that UF has held meetings discussing race in light of newer legislation seeking to prevent teachings on race that might make students feel uncomfortable. Two bills, HB 57 in the House and SB 242 in the Senate, have been filed ahead of the legislative session that begins Jan. 11.

Our letter warns UF that if the allegations are substantially true, “they raise considerable concerns for the state of faculty members’ academic freedom, which secures their right to design their courses and communicate pedagogically relevant material and ideas, as well as accurate descriptions of those courses, to students.”

UF may not impose a “pall of orthodoxy” on classroom content due to negative attention from political leaders or the public, or the fear of future criticism.

FIRE notes that censoring or limiting which words faculty may use to teach, or forcing them to obscure the true nature of their course content, violates core tenets of academic freedom, which “requires that faculty be given wide latitude to use their academic judgment and expertise in deciding how to approach and describe particular subjects, questions, and material.” That censorship also means students will be “unable to rely on accurate information to decide which courses to take and what to expect from those courses.”

UF may not impose a “pall of orthodoxy” on classroom content due to negative attention from political leaders or the public, or the fear of future criticism.

The First Amendment, UF’s own strong policies on academic freedom and free expression, and even the university’s collective bargaining agreement with its faculty union prohibit such a result.

FIRE has given UF until Dec. 9 to respond to our letter, which you can read in full below:

FIRE Letter to the University of Florida, December 2, 2021