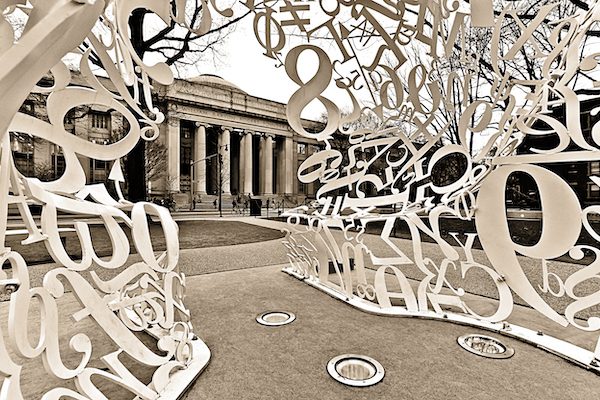 When MIT kowtowed to a mob of students, alumni, faculty, and others — some of whom had no connection to the institution — calling for the cancellation of a speaker, the college could not have envisioned the movement that would be birthed from the disinvitation.

In October of 2021, MIT rescinded its invitation to University of Chicago geophysicist Dorian Abbot to speak at its annual John Carlson Lecture, hosted by the Department of Earth, Atmospheric and Planetary Sciences. Abbot’s lecture was on the guillotine simply because he had penned an op-ed broadly critical of diversity, equity, and inclusion initiatives. In the article, he argued that DEI “violates the ethical and legal principle of equal treatment.”

While Abbot asserted that his speech would make no mention of affirmative action or DEI, his opponents believed that this single op-ed spoke more to his worthiness to speak on a college campus than the 80 or so scientific publications listed on his curriculum vitae.

The public outcry to this cancellation was swift and fierce. FIRE questioned what MIT stood for, the Academic Freedom Alliance challenged MIT’s commitment to free inquiry, Heterodox Academy awarded Abbot its 2022 Open Inquiry Courage Award, over 150 MIT professors signed a petition urging the institute to adopt the Chicago Principles, and MIT alumni joined together to form the MIT Free Speech Alliance. In addition, the MIT administration created an Ad Hoc Working Group on Free Expression composed of faculty and administrators tasked with investigating the state of free speech on campus and establishing a path forward.

MFSA does not see this as a final victory, but merely the first step in creating a campus culture of free expression.

FIRE previously covered the launch of MFSA and its affiliation with the national organization, the Alumni Free Speech Alliance. Since its inception, MFSA has vowed to “advocate for MIT’s support for free speech, open inquiry, and viewpoint diversity.”

With a recently announced grant totaling $500,000 from the Stanton Foundation, this group of MIT graduates is the first free speech alumni organization to earn a grant of this caliber, proving that their movement is here to stay.

The Stanton Foundation has a long track record of supporting First Amendment work, including here at FIRE. “Frank Stanton was a fierce advocate for the First Amendment’s protections of freedom of thought and expression,” Steve Kidder, spokesperson for the Stanton Foundation reflected in MFSA’s press release. “The goals of the MFSA align directly with the principles and values about which Frank Stanton cared so deeply.”

MFSA President Chuck Davis, ’87, said, “This generous seed grant will put us on a path to self-sustaining growth.” In the past few months, MFSA has amassed over 800 supporters and in the weeks since this grant announcement, they have seen a rapid increase in subscribers. Davis added:

These funds, along with alumni donations, will enable us to hire professional staff to complement our large team of dedicated volunteers, expand and strengthen our free speech programming and outreach, and support our watchdog activism, helping MIT remain the premier engineering and research institute in the world despite adverse cultural forces threatening all American universities.

In a telephone interview with FIRE, Davis explained how this grant will be used over the next two years. In addition to hiring staff, MFSA will update and redesign its website to streamline their messaging and subscriber engagement, organize and host a free speech conference in Cambridge, co-sponsor and help organize an on-campus debate over the institution’s DEI policies, implement a speaker series, and reach 1,000 members.

MIT disinvited University of Chicago professor Dorian Abbot from speaking about climate science due to his stance on DEI initiatives. Now, speech advocates are rallying @MIT to adopt the Chicago Statement.https://t.co/LPS4kXyS1e

Like FIRE, Davis believes that MFSA must focus on changing the culture on campus. The alumni group intends to support and promote programs on campus that teach the importance of free speech to all the institute’s constituency groups. A recent newsletter from MSFA suspects that the MIT-appointed Ad Hoc Working Group on Free Expression is close to releasing its work and is rumored to have “done a good job.”

MFSA does not see this as a final victory, but merely the first step in creating a campus culture of free expression. Looking beyond the current climate at MIT, Davis stated: “We look to engage with, educate and inspire each generation of future leaders as they pass through MIT. We are definitely building for the long term.”

FIRE applauds the members of MSFA for their dedication to promoting and preserving free expression at their storied alma mater, as well as the Stanton Foundation for allowing these alumni to continue their critical work.

We urge you to join the MIT Free Speech Alliance and subscribe to FIRE’s alumni newsletter. Together, we can hold our colleges and universities accountable to the principles they were founded upon.