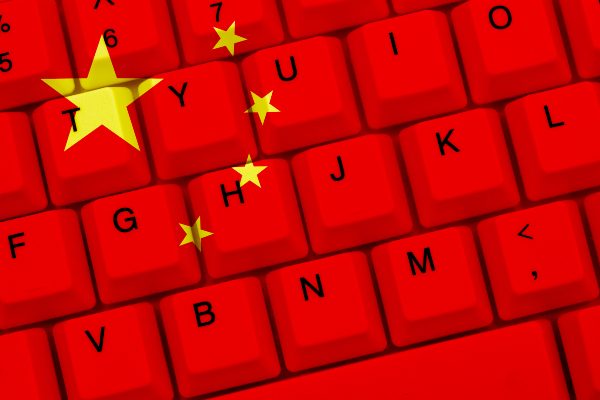 “[I]t is especially important right now to have dialogue between the Hong Kong and mainland-Chinese communities. Western university campuses are among the only spaces where this can occur.”

Last week, Rory Truex, assistant professor of politics and international affairs at Princeton University, argued at The Atlantic that American campuses should take advantage of their ability — uncommon in some parts of the world — to host discussions about controversial political matters, specifically increasingly-censored conversations about China.

Through a combination of market coercion and intimidation, the Chinese Communist Party is trying to constrain how people in the United States and other Western democracies talk about China.

This encroachment needs a measured response—what we might call freedom-of-speech operations, or FOSOPs for short. American universities can take the lead. They should routinely hold events on the fate of Taiwan, the pro-democracy protests in Hong Kong, the repression of Uighur Muslims in Xinjiang, and other topics known to be sensitive to the Chinese government. These events can be organized by students, faculty, or research centers. They need not originate from a university’s administration. If anything, the message that FOSOPs send—everything in the United States is subject to open debate, especially on college campuses—is even stronger if the pressure comes from the grass roots.

FIRE has documented the uneasy relationship between China’s government and institutions of higher education around the world, including in the United States. Between concerns about the role of Confucius Institutes, disruption or demands for censorship of expression about Hong Kong or Tiananmen Square, and challenges posed by joint academic ventures, it’s clear that universities can expect calls for censorship on political matters sensitive to China.

Truex’s suggestion for addressing this illiberalism? Agreement among universities that censorship efforts will be met with a widespread response of more speech:

The goal of freedom-of-speech operations is safety in numbers. Other universities remained largely mum after the Chinese government moved to punish [the University of California, San Diego for hosting the Dalai Lama], effectively inviting Beijing to deploy similar tactics against other schools in the future. But imagine if instead there had been an outpouring of events on Tibet or invitations for the Dalai Lama. Coordination is key. An affront to one American university should be taken as an affront to all.

University administrators may receive warnings or veiled threats in the short term. But if this sort of interference is met with more campus events, at more universities and institutions, China’s coercion will be rendered ineffective, and its government would have no choice but to back down.

In October, at the height of the controversy over the NBA’s response to advocacy supporting demonstrators in Hong Kong, I wrote in the New York Daily News that universities must be prepared to face similar tests as their communities grapple with discussions about China’s political interests. Truex’s recommended response — a coordinated response from universities — is worth serious consideration.

Finally, Truex notes: “It is important that while we push to preserve freedom of speech on China at Western institutions, we also push to preserve the rights and freedoms of our students from mainland China.” FIRE agrees and has voiced concerns about alleged surveillance of Chinese students by the Federal Bureau of Investigation and the impact U.S. border policies may have on international students’ ability to speak freely.

Last year, FIRE also released a set of know-your-rights guides, translated into Arabic, Chinese, and Spanish, to help international students gain a better understanding of their expressive rights while studying in the United States. We hope they aid students who are interested in contributing to conversations on their campuses, but unsure of when they are allowed to speak.

FIRE offers a number of resources for students, faculty, and administrators looking to preserve free expression or combat censorship they’re encountered. Contact us to learn more.