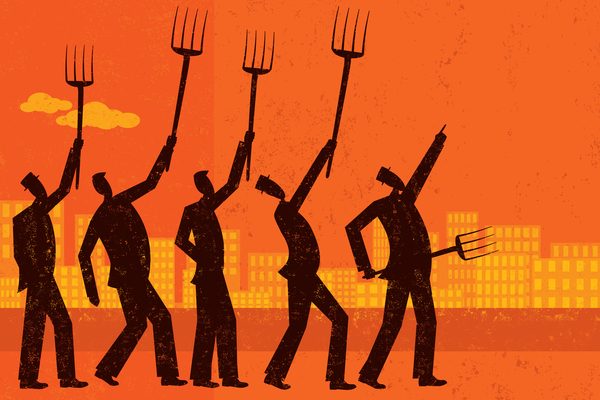 It’s worth getting to know the case of Skidmore College professor David Peterson, if you haven’t read about it.

Peterson, an art professor at Skidmore in Saratoga Springs, New York for more than 30 years, unwittingly came into notoriety when he and his wife checked out a pro-police rally near their home. Albany Times-Union columnist Chris Churchill wrote, “The Petersons arrived at a little after 7 p.m., watched from the edge of the crowd as ‘Back the Blue’ supporters and counter-protesters traded barbs, then departed to get dinner after about 20 minutes. Neither thought much of it.” They “weren’t wearing pro-police T-shirts,” Churchill noted. “They weren’t carrying a banner, holding a sign or waving a black-and-blue flag. They appear[ed] to just be listening.”

That they were seen and photographed near the rally, however, was enough for some students to demand his firing, which they did in a petition that laid out numerous other racial justice-related demands. (The petition also demanded the same action against Peterson’s wife, though she is not actually employed by Skidmore.)

Students additionally launched a boycott of Peterson’s classes, making unsupported claims that Peterson had long been guilty of creating a hostile environment in his classroom. As Reason’s Robby Soave wrote:

Students have circulated their demands on social media, and even taped a note to the door of Peterson’s classroom advising his students that they are “crossing a campus-wide picket line and breaking the boycott against Professor David Peterson.” Peterson has attempted to make it clear that his presence at the rally did not constitute an endorsement of it; this matters very little to the students. An opinion piece in the student newspaper included his explanation, but still accused him of failing to “reconcile with his behavior.” That piece also claimed that “there have been many claims of Mr. Peterson making students of color and queer students feel uncomfortable and unheard in his art classes prior to this,” but did not elaborate.

In considering such cases as Peterson’s, we must be mindful that two sets of rights are at play here: Peterson’s right to attend a protest, and his critics’ right to make demands on his employment. If Skidmore is to have meaningful free speech promises, as it does, then that right to free speech necessarily includes the right to make demands that, if acted on, would violate an individual’s rights. But we also needn’t mince words: Demands to fire a faculty member for merely being an onlooker at a rally are illiberal and chilling, and when an institution is faced with such demands, it is incumbent on the administration to reject them.

After keeping Peterson in a state of uncertainty for a number of weeks, the institution cleared him. Peterson says that he’s satisfied on the whole with the outcome and never seriously feared for his position, but he’s nonetheless worried by what the incident signifies. As he told The College Fix, “While I am satisfied with the final ruling, I am deeply concerned that assaults like this [on academic freedom] will become commonplace if we don’t take a stand[.]”

Peterson is right that a strong stand needs to be taken. But as to his fear about these kinds of campaigns against faculty becoming commonplace, we’re already there.

The summer of cancellation

As my colleague Adam Steinbaugh wrote recently, the charged national atmosphere following George Floyd’s killing significantly contributed to the busiest summer FIRE has ever seen in terms of case inquiries and submissions.

I paid special attention to the cases involving faculty, figuring that, with the environment being what it was and having followed a number of troubling campaigns against faculty speaking against the prevailing currents or offending seemingly sacred norms in recent years, we were likely to see more of the same. By the end of the summer, this hunch had been validated abundantly.

Here are some of the most notable examples, several of which FIRE previously covered or intervened in: 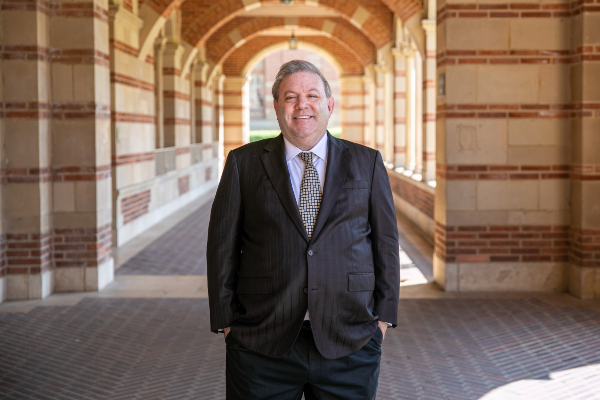 Professor Gordon Klein of UCLA was investigated for the ‘tone’ of his email to a student who asked for new grading procedures for black students.

While many of the professors whose cases are covered here came under fire for speech seen as critical of the Black Lives Matter movement, movements for police reform, and related causes, it’s too simple to characterize the atmosphere as wholly one-sided. This summer, FIRE intervened at Midwestern State University after it investigated a professor for private Facebook posts criticizing white people and police. Auburn University, meanwhile, was flooded with demands to fire incoming lecturer Jesse Goldberg for anti-police tweets.

The number of these cases exceeds my ability to do them all justice in the space of a single post. I’ve not, for instance, covered the cases FIRE has seen in the past few months in which faculty have faced sanctions for using racial slurs in academically relevant contexts in the course of their teaching. This includes Gary Shank, whom Duquesne University fired in violation of his academic freedom rights and in the face of warnings by FIRE and the American Association of University Professors. The last few months have been remarkable in terms of the sheer volume of demands to investigate and sanction speech on campus, faculty speech included.

In the end, though, merely cobbling together a list of illiberal campaigns against faculty only goes so far. And while so many of the cases highlighted here implicate national political issues at a time when tensions over them are particularly high, the national climate alone isn’t sufficient to explain why things played out on campuses the way they did, and with such frequency. The reasons go back years, and I’ll explore that background in the second part of this series.