FIRE > Newsdesk > Top Story > An accreditor tells an institution to do better on academic freedom. Will more follow? 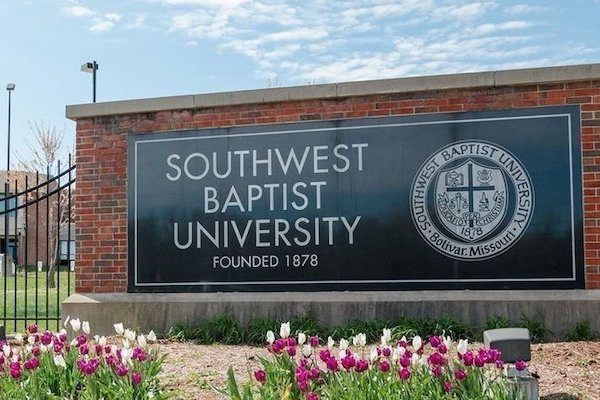 Accreditation reports don’t typically grab lots of headlines, and this week’s news from the Higher Learning Commission wasn’t much different. That’s too bad, because the HLC did something we see too rarely: It put an institution on probation, in part, for proposing rule changes that would violate one of HLC’s core academic freedom requirements.

The institution in question is Missouri’s Southwest Baptist University, which HLC placed on probation for not being in compliance with three of the “Core Components” required for HLC accreditation. Key among them for FIRE’s purposes is Core Component 2.D, requiring that “the institution is committed to academic freedom and freedom of expression in the pursuit of truth in teaching and learning.” The concerns relate to proposed, then withdrawn, changes to tenure requirements, board composition, and “statements of faith” that were either inconsistent with existing policy or too vague to provide meaningful guidance.

At least one professor alleges he was denied tenure for having viewpoints on homosexuality that were more ambiguous than the convocation’s statements.

That struggle came to SBU in 2018, when disagreements over the scope of academic freedom for professors of religion culminated in the 2020 resignation of SBU’s then-president, the addition of several new trustees, and a proposed change of tenure rules seemingly calculated to monitor professors’ beliefs. At least one professor alleges he was denied tenure for having viewpoints on homosexuality that were more ambiguous than the convocation’s statements.

Amidst this turmoil, a St. Louis attorney filed a complaint with HLC in August.

It’s worth briefly walking through each of HLC’s concerns with academic freedom at SBU in turn.

The Higher Learning Commission expressed concern with the institution’s lack of academic freedom and autonomy of Southwest Baptist University’s governing board.
https://t.co/62bo9GGeDU

One of the accrediting agency’s critiques noted that while “[e]xpressions of commitment to academic freedom appeared in the Institution’s undergraduate catalog and core values,” the stated commitments “did not provide actionable information about what actually was protected by this commitment, which in practice allowed for confusion and differing interpretations of what academic freedom means at SBU.” HLC also wrote that members of SBU’s governing board “recharacterized” a key element of SBU’s promotion and tenure process, “leading to concerns about unannounced changes being made to the expectations for promotion and tenure.”

Another action by SBU had to do more directly with its status as a religious institution: that the institution had put forth three different “statements of faith,” confusion over which led, according to HLC, to “additional misunderstandings regarding what curricular content is permitted to be covered in the classroom.” Though HLC says that SBU has since made efforts to clarify the intent of the statements, “significant confusion remains” about their applicability, “which has destabilized and eroded the sense of academic freedom and freedom of expression at the Institution.” The confusion and frustration this engendered, HLC also notes, “contributed to a vote of no confidence by a substantial portion of the faculty.”

As a private religious institution, Southwest Baptist University isn’t legally bound by the First Amendment, and the primacy of its Baptist beliefs is evident throughout its policies. The ethical standards it lays out in its Student Handbook include expectations on “Christian Lifestyle” and “Sexual Conduct” that signal to any student that SBU elevates its Christian values above all else. Such policies would earn SBU a “Warning” rating if FIRE were to evaluate it in our Spotlight database. Academic freedom exists within the context of its Baptist heritage as well, through which it, as stated in the undergraduate catalog, “acknowledges God as the ultimate source of all knowledge and truth. It is committed to scholarly endeavor, under God, seeking a proper balance between academic freedom and academic responsibility.” (As HLC points out, SBU doesn’t define academic freedom beyond this.)

But that doesn’t mean a statement of faith is a get-out-of-jail-free card shielding it from accountability.

What might we take from HLC placing the institution on probation? Some of the lessons are particular to devout religious institutions like SBU. Many religious institutions have faith-based statements and missions, though most do not elevate them above other values of liberal education as SBU does. Doing so is SBU’s right to do as a private institution, of course. But that doesn’t mean a statement of faith is a get-out-of-jail-free card shielding it from accountability. Such statements must make clear the extent, if any, of students’ and faculty members’ rights in other areas — as HLC apparently judged that SBU’s multiple overlapping statements failed to do.

Another takeaway is that institutions’ academic freedom promises have to mean something — though that isn’t necessarily a very high bar to clear. HLC has its own definition of academic freedom, which it describes as:

The ability to engage differences of opinion, evaluate evidence  and form one’s own grounded judgments about the relative value of competing perspectives. This definition implies not just  freedom from  constraint but also  freedom for  faculty, staff and students to work within a scholarly community to develop intellectual and personal qualities.

Many institutions have quite explicit and detailed promises of free speech and academic freedom — promises that they all too often fall short of keeping.

The institutions it accredits aren’t required to use that exact definition, however, and it seems fair to say that the institutions under HLC’s umbrella have a lot of leeway to define academic freedom as they see fit — so long as it has some force and comprehensible meaning. That makes sense; professors should know exactly how their institution conceptualizes academic freedom so they’re clear about the extent of their rights. Accrediting agencies’ willingness to enforce universities’ promises, however, is another matter. (See, for instance, the discussion of Cedarville University, another HLC-accredited institution, in this post.)

Even so, HLC’s action is a positive sign, and we hope that we might see it, and other accreditors, assert themselves more on the matter of universities’ adherence to their academic freedom promises. Many institutions have quite explicit and detailed promises of free speech and academic freedom — promises that they all too often fall short of keeping, even if the Constitution requires them to.

As it happens, HLC isn’t the only accreditor to express concern over an institution’s commitment to academic freedom. In the midst of the uproar at the University of Florida after three professors were forbidden from offering expert testimony in a voting rights lawsuit against the state, the Southern Association of Colleges and Schools Commission on Colleges, UF’s accreditor, said it would initiate an investigation. Specifically, SACSCOC will investigate whether UF’s actions violated its accrediting standards on academic freedom and “undue political influence.” Like many others, we’re curious to see what it finds.

Accreditors wield the ultimate (if very rarely used) big stick, in that they have the power to strip universities of their eligibility to receive federally-backed financial aid. They should take this power seriously, and use it to  remind the institutions under their watch of their obligations when they see them being betrayed.