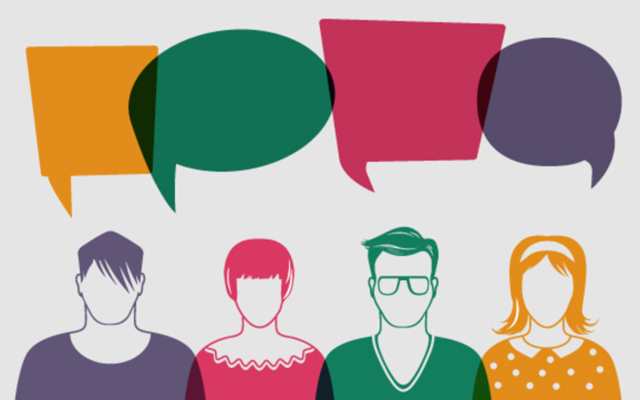 Newly released data from Heterodox Academy’s Campus Expression Survey demonstrates that a notable portion of college students are apprehensive expressing their views on controversial topics in the classroom. This apprehension to discuss controversial topics appears primarily driven by concerns that peers will criticize one’s views as offensive, although a notable portion of students also reported concerns about the professor’s reaction and the possibility of receiving a lower grade.

Almost half of non-freshman students (45%) reported that sharing ideas and asking questions was “more difficult” than in previous semesters. This blog post briefly summarizes the main findings of the 2020 CES. (Note: I helped design the core modules of the Campus Expression Survey in 2016-17 and oversaw collection of the 2019 data).

Reluctance on the rise, concerns primarily about peers

Almost half of non-freshman students (45%) reported that sharing ideas and asking questions was “more difficult” than in previous semesters.

Non-freshman students were also asked to compare how difficult it was sharing ideas and asking questions without fearing retaliation, even if those ideas are offensive to some people. Almost half of them (45%) said it was more difficult to do this in the fall 2020 semester than in previous semesters, 31% said it was the “same,” and 25% said “easier.”

Discussing a controversial issue having to do with politics showed the largest year-over-year increase when comparing the 2020 CES data to the 2019 data. Additionally, 35% of students said they would be reluctant to discuss the 2020 presidential election — something that is concerning considering these data were collected during the fall semester of a presidential election year.

Student apprehension to discuss politics was more prominent among Republicans and Independents, compared to Democrats.

Discussing religion, however, was a different story. Almost one in three Democrats (31%) and Independents (31%) said they would be reluctant to discuss a controversial issue about religion, compared to 26% of Republicans. This was the only controversial topic where this pattern was evident. For the remaining topics, the percentage of Republicans reporting reluctance was highest and the percentage of Democrats was the lowest, with Independents always between the two.

These findings suggest that, with the exception of discussing a controversial topic about religion, Democratic students are more likely to drive the discussion of controversial topics in the classroom compared to their Independent and Republican counterparts. If this is the case, over time the range of acceptable topics for discussion in a classroom, or on a campus, would likely narrow.

One criticism of these recent findings is that the core questions ask only about how students “feel” about expressing themselves and do not ask about personal experience in the classroom. It is certainly fair for one to be more interested in past experiences than in asking students to predict how they would feel, but this in no way makes asking questions about the former superior to asking questions about the latter. It simply reflects a preference for asking about whether a student has actually experienced reluctance in the classroom. Ultimately, there are no perfect survey questions and asking people to recall past experiences has its own limitations, one of them being the fallibility of human memory.

In addition, the spiral of silence theory contends that people possess a “quasi-statistical sense” that allows them to conclude whether their opinion on a given issue is in the majority or minority. People are also motivated to avoid ridicule, isolation, and ostracism from their immediate community. As a result, minority or deviant opinions are expressed with increasingly less frequency as people look to avoid reprisal for offending others. Asking students to predict whether they would feel comfortable expressing a viewpoint on a specific topic provides insight into this chilling effect in a way that asking about past experiences does not.

In the context of a college campus, spiral of silence theory would predict that certain kinds of students, whose views are in the minority, are more likely to feel the expression climate on their campus or in their classrooms is stifling. This can include racial and ethnic minorities, LGBT students, and those students whose political views are in the minority. Over the past five years, the number of data points broadly consistent with the conclusion that a substantial proportion of students feel that the expression climate on their campus is stifling has continued to accumulate — in a similar fashion to the accumulating data points indicating that faculty are increasingly concerned about the state of academic freedom, and that they are right to be concerned.

Notable portions of college students report that the expression climate on their campus is stifling. Politics broadly, and the 2020 presidential election specifically, engendered the most reluctance, particularly among Independent and Republican students. This is exactly what spiral of silence theory would predict given what we know broadly about the political affiliations of college students. There is now an ample and growing body of evidence supporting this conclusion, and FIRE will continue to work to ensure that students whose views are in the minority do not spiral into silence.