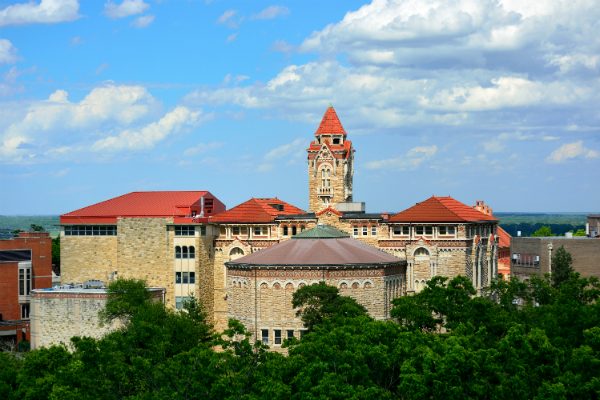 The University of Kansas is offering a course called “Angry White Male Studies” next semester, and the idea has received some criticism. Kansas congressman Ron Estes, though, went even further, saying that the course might constitute a violation of Title IX, the statute that prohibits sex discrimination in educational institutions that receive federal funding.

This course charts the rise of the “angry white male” in America and Britain since the 1950s, exploring the deeper sources of this emotional state while evaluating recent manifestations of male anger. Employing interdisciplinary perspectives this course examines how both dominant and subordinate masculinities are represented and experienced in cultures undergoing periods of rapid change connected to modernity as well as to rights-based movements of women, people of color, homosexuals and trans individuals.

Estes argued on Twitter that the course “could pose a Title IX violation by creating a hostile campus environment based on gender.” The Supreme Court of the United States has held that a hostile educational environment is created where there is conduct “so severe, pervasive, and objectively offensive that it can be said to deprive the victims of access to the educational opportunities or benefits provided by the school.” (Estes himself isn’t a student at the university, but let’s assume there’s someone there who agrees with him.)

That means that the key question is this: Would a reasonable white male at the University of Kansas feel like he can’t receive his education there because it offers this course among 5000 others? Are this class’ discussions of the idea that there have historically been noteworthy angry, white males (led by a white male, if it matters) so objectively offensive and so disruptive to the learning environment that they constitute hostile environment harassment under Title IX? No.

If universities could be forbidden from offering courses simply because they explored controversial ideas or put forth a sociological theory that some people disagree with, faculty and students would lose a wide range of lessons and discussions on politics, history, psychology, and other subjects. Neither First Amendment jurisprudence nor Title IX’s legislative history supports that result.

Estes isn’t alone in wanting to lean on Title IX to curtail speech on campus, though. When the Departments of Education and Justice promoted an unconstitutionally broad definition of sexual harassment in 2013 and subsequent years (“any unwelcome conduct of a sexual nature,” including speech), FIRE warned that such a broad definition would encompass valuable conversations about art and literature, history, the law, and countless other topics. Everyone seemingly has their own set of sex-related ideas that make them uncomfortable, or that they wouldn’t want to hear about, and it is untenable to prohibit all of those ideas at at an institution of higher education (and unlawful to do so, at public institutions like the University of Kansas).

Estes, like everyone else, is perfectly free to criticize the course and debate whether it’s helpful, whether the title is overly provocative, or whether it makes sense to analyze angry, white men as a different sort of entity than other angry people. It’s not FIRE’s job to opine on those questions. But when people — especially people in positions of power, like lawmakers — cite Title IX’s prohibition on sex discrimination to insist that conversations they don’t like shouldn’t happen on campus, we have to disagree.