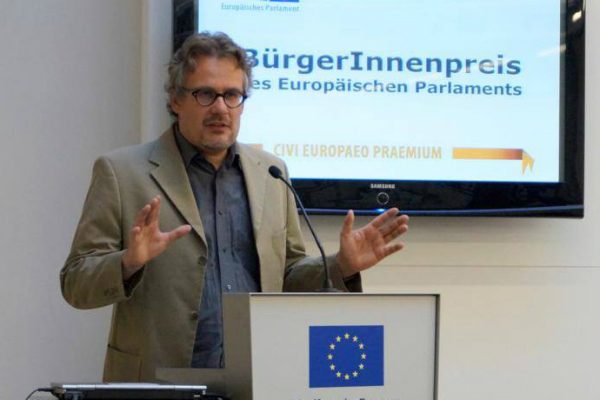 Thomas Schmidinger, an author, Kurdish affairs specialist, and University of Vienna in Austria scholar, is the latest academic to accuse the United States of denying him entry into the country based on his research. Schmidinger’s claims are the newest addition to a growing list of claims from scholars and activists alleging viewpoint discrimination at the U.S. border. If accurate, they deserve attention from Americans concerned about preserving our tradition of free speech and academic freedom.

Border restrictions should not be used as a cudgel to control what views and perspectives are allowed on U.S. campuses.

Schmidinger’s accusation comes only weeks after Harvard student Ismail Ajjawi was initially denied entry into the U.S. — allegedly because a border official “found people posting political points of view that oppose the US on [his] friend[s] list.” Following public outcry, Ajjawi was allowed into the country just in time to begin classes.

In Schmidinger’s case, he was reportedly in the process of boarding his Sept. 12 flight from Amsterdam to Minnesota, where he had previously worked for a year, when he “was detained and questioned by airline security about his research in Syria, Iraq, and Iran and his travels to these countries.” He claims he was then “denied with absolutely no explanation by the U.S. Department of Homeland Security.” Schmidinger planned to visit a number of U.S. campuses for events to discuss his book, “The Battle for the Mountain of the Kurds.”

PEN America wrote last week that “[t]he Department of Homeland Security needs to explain immediately why Thomas Schmidinger was blocked from travelling to the U.S.” Their statement added that “Schmidinger, who states that he had a valid visa, has expressed concern that Turkish officials . . . requested that the U.S. deny him entry,” and that “U.S. embassy officials in Austria later assured him that his visa was valid and that he was not subject to any type of travel ban.”

In response to the incident, Schmidinger raised questions about how U.S. border restrictions are used against scholars with similar areas of interest:

Does Homeland Security now prevent scholars on Iraq, Syria, Iran or Jihadism to enter the U.S.? Do they prevent other scholars on Kurdish Studies to enter the U.S.? Do they prevent people who work in deradicalisation and rehabilitation of Jihadis? Did they get some Turkish propaganda lies and follow instructions from Ankara? I really don’t know, but I would be curious to find out. Until now, I just know that after years of traveling to the U.S., after living and working in Minnesota for a whole year, after being invited to 4th of July parties in the residence of the American ambassador, it seems that I am seen as an enemy and security threat now.

The opacity that often clouds U.S. visa decisions is especially troubling in cases like Schmidinger’s. As FIRE has warned with increasing frequency this year, border restrictions should not be used as a cudgel to control what views and perspectives are allowed on U.S. campuses. Unclear border policies, potentially fueled by viewpoint-based denials of entry, will only encourage academics to self-censor — a result that will harm the larger academic community and the U.S. students expecting to benefit from a free and open educational environment.