Iowa State University’s (ISU’s) relentless campaign to prevent the campus chapter of the National Organization for the Reform of Marijuana Laws (NORML-ISU) from including a pot leaf in the group’s T-shirt designs has met with another defeat.

In January, a federal district court judge ruled in FIRE’s Stand Up For Speech case that ISU had violated students’ First Amendment rights by censoring their T-shirt designs. He issued an order that the university approve the group’s designs that otherwise meet ISU trademark regulations. Determined to keep NORML-ISU advocacy muted, the university asked the judge to stop his order from taking effect while the university appealed his ruling. Judge James E. Gritzner denied that request, prompting ISU to go over the judge’s head and apply for a stay in the U.S. Court of Appeals for the Eighth Circuit. And a motion for stay and reply to NORML-ISU’s opposition was not enough: ISU also filed a supplemental motion to support its request for a stay.

All to no avail. Today, the Eighth Circuit responded in full:

The justice system has spoken: President Steven Leath and his fellow administrators will have to live with T-shirts festooned with cannabis leaves for the duration of the appeal process, which is likely to last a year or more. (The horror!) And NORML-ISU is not wasting any time vindicating its rights. It has come up with 19 new T-shirt designs, all of which convey the group’s message that the laws criminalizing the use of marijuana should be repealed—core political speech protected by the First Amendment.

NORML-ISU has one additional message for university administrators, one that we at FIRE particularly appreciate: “A university that violates the First Amendment has forgotten its purpose.” 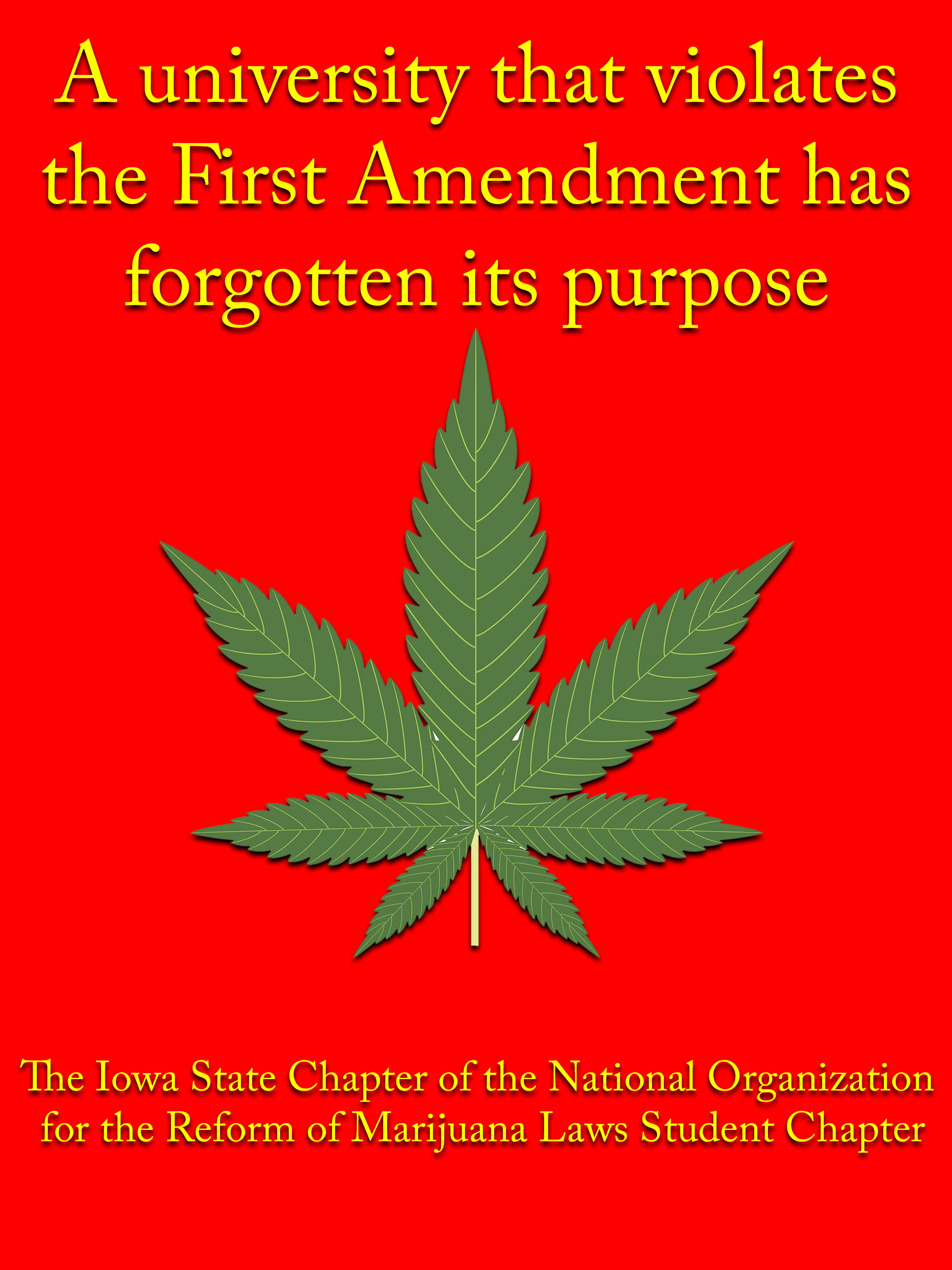 That is certainly one of FIRE’s mantras but it is gratifying to see that sentiment come from NORML-ISU itself. And it reveals an important truth: Freedom of speech may be taken for granted—until it is taken away. NORML-ISU has been fighting since 2013 to be able to voice its opinions in the way it wants. Members of the group have jumped through bureaucratic hoops and endured intimidation by administrators to advocate the way they see fit. Two of the group’s former presidents stood up and filed a lawsuit against their own university, and each was subjected to seven hours of deposition questions by the university’s lawyers. FIRE’s generous donors have provided tens of thousands of dollars to cover legal fees, and Iowa taxpayers have covered the salaries of lawyers in the Iowa Attorney General’s office to battle this out in court. That’s a lot of time and treasure for something that we’re increasingly told doesn’t matter much.

This legal battle belies the claim of some student activists that the First Amendment is a tool of the privileged used to protect the status quo. Advocating for marijuana legalization in Iowa has nothing to do with protecting the status quo. Quite the opposite—here, it is an engine for change that two students at NORML-ISU thought was critical enough to sue their own university over.

Free expression is a tool. It can be used to create or impede progress. It can cause great pain to listeners. Of course, there is no reason those being criticized should silently put up with the invective. But if free expression is taken away, then advocacy for change becomes practically impossible. To put it in T-shirt terms: When the group’s First Amendment rights were taken away, this is what the NORML-ISU T-shirts looked like: 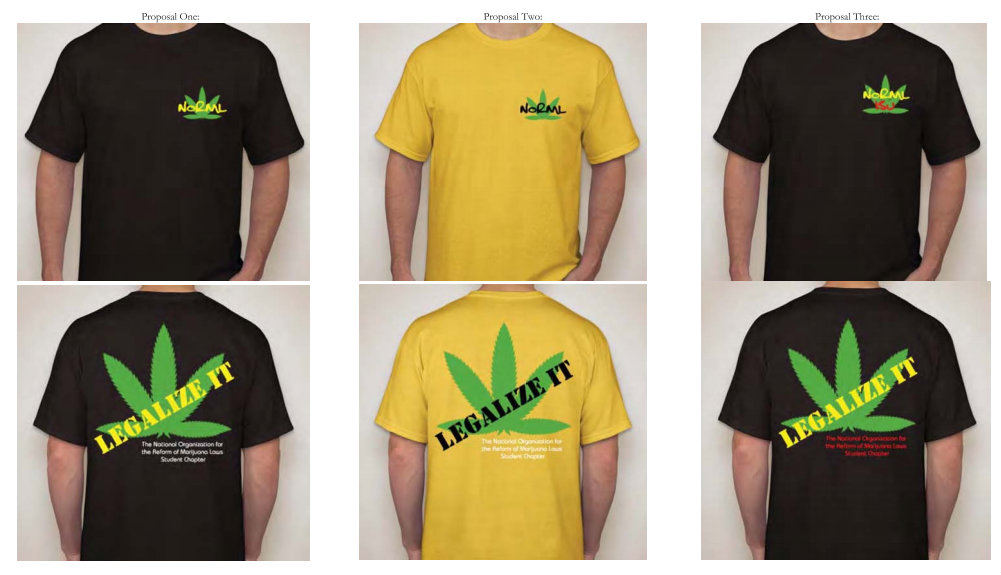 It’s easy to see which ones are more effective. Those who question the value of free speech should ask themselves how they would fare without it.