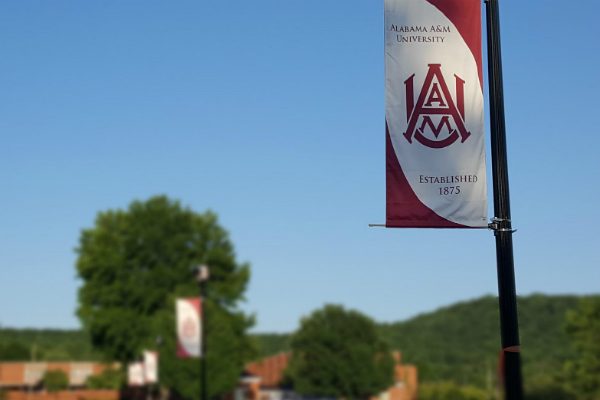 Alabama A&M University made its way onto our 10 Worst Colleges for Free Speech list this year for having the most “red light” rated policies — those that clearly and substantially restrict free speech — out of the 466 total colleges and universities in our Spotlight database. It has plenty of “yellow light” rated policies too, which are more vague restrictions on protected speech, but its ban on “moral turpitude” stands out among the crowd. It’s an exceedingly vague and confusing phrase, and could too easily be applied by administrators to punish constitutionally protected speech. As a result, the policy has earned our Speech Code of the Month designation for the month of April.

You can be forgiven for not knowing what the phrase “moral turpitude” even means. Generally, it’s a legal concept applied most often in immigration law for distinguishing between crimes that shock the public conscience and other offenses.

But Alabama A&M’s student handbook provision doesn’t even ban “crimes involving” moral turpitude, it simply says moral turpitude is banned, defined by the university as “[a]n act of baseness, vileness or depravity which brings shame to the University and is in contradiction to the letter and spirit of the University’s Code of Conduct, good citizenship and ethics.” Possible sanctions range from a fine to indefinite suspension.

This definition casts such a wide net that it’s not hard to imagine what sort of expression could be caught up in it — one only needs to look at recent FIRE cases.

For example, many could (and did, essentially) call the anti-police tweets of University of California Davis Professor Joshua Clover vile and in contradiction of good citizenship and ethics. But as FIRE warned in a letter to UC Davis on March 8, speech does not lose First Amendment protection merely for expressing hostility toward law enforcement, and the university may not take action against the professor over speaking as a private citizen on matters of public concern unless it demonstrations the expression did hinder “the effective and efficient fulfillment of its responsibilities to the public.” (UC Davis eventually clearly affirmed the professor’s free speech rights, saying “the desire to promote [civility] does not outweigh the rights of professors to express themselves on political issues, even if their expression is deeply repellent to members of our community and the public.”)

In another example, Indiana University Kokomo abruptly removed a sculpture resembling female genitalia from display last summer after apparently receiving complaints from the community regarding its content. The sculpture may indeed have been seen by the community as an act of baseness or depravity, but FIRE warned in letters to the school that a public university may not censor artistic expression on that basis alone. (IU Kokomo ended up restoring the sculpture and confirming it would remain on display for the remainder of that semester.)

Even if Alabama A&M’s policy isn’t applied by administrators to investigate or punish protected expression in practice, its presence in its student handbook may have a chilling effect on speech. After all, when students see they can be thrown out of school for something so subjective, they’re likely to temper their speech, rather than press their luck. This is an unacceptable outcome at a public institution like Alabama A&M. Instead, the university must revise this and its other speech codes to meet First Amendment standards.