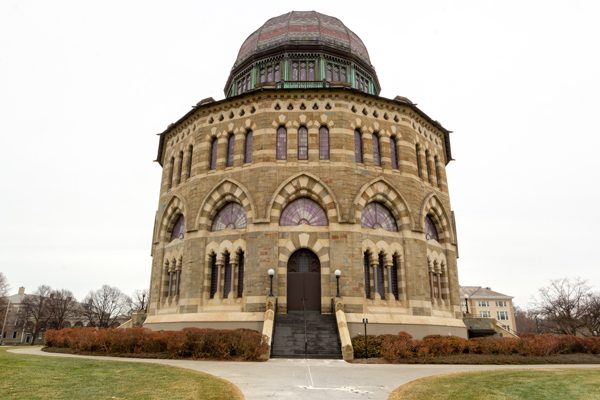 Speech that is a part of unlawful conduct like harassment isn’t protected by the First Amendment, but that doesn’t give college administrators a license to ban anything they decide to call harassment.

That’s not even close to the legal definition of harassment.

Union College, which is a private institution in Schenectady, New York that promises its students free speech rights, defines harassment in its student handbook so broadly that students could be punished for speech that an administrator thinks was intended to humiliate or mentally harm someone, but that didn’t actually have that effect. That’s why Union earns our Speech Code of the Month designation for April 2021.

Union defines harassment as “aggressive and hostile” acts “which are intended to humiliate, mentally, or physically injure or intimidate, and/or control” others (emphasis ours). That’s not even close to the legal definition of harassment.

If “directing threatening gestures toward a person” is harassment, I may have committed harassment a time or two when getting cut off crossing the street here in Philly!

The U.S. Supreme Court set forth the controlling standard for student-on-student (or peer) harassment in the educational setting in Davis v. Monroe County Board of Education, providing that alleged harassment must be conduct that is “so severe, pervasive, and objectively offensive” that the student is “effectively denied equal access to an institution’s resources and opportunities” in order to be punishable. That “objectively offensive” part means the conduct needs to be found offensive from the perspective of a reasonable person in the victim’s shoes — not just from the perspective of a particular student or administrator.

Union’s policy doesn’t have that objective component. It says harassment “can occur as a single, severe incident,” and provides a list of forms it can take, including “ridiculing, insulting, instigating, spreading rumors about, or maligning a person”; addressing “offensive remarks to a person”; and “directing threatening gestures toward a person.”

That’s right, Union students could be charged with harassment just because an administrator thinks their speech was intended to insult someone. Apparently all “instigating” in general is off-limits too, whatever that means. (And if “directing threatening gestures toward a person” is harassment, I may have committed harassment a time or two when getting cut off crossing the street here in Philly!)

These sorts of examples could be part of a pattern of conduct that does actually meet the Court’s standard from Davis: For example, if a student repeatedly addresses “offensive remarks” to another student in class, to the point that the other student is effectively prevented from receiving his education, that could constitute unlawful harassment. However, given the broad definition of harassment in the policy, and the way the policy just says harassment may take these forms and be found in a single incident, students are left to believe these examples of expression are banned across the board.

Union must revise its policy so that it doesn’t give administrators license to sanction any speech it disfavors.

The policy goes beyond harassment, as it also vaguely gives the example of “[c]yber” bullying (which goes undefined). This raises the concern that the policy may be applied against online speech that is protected under First Amendment standards, but has been deemed “insulting” or “offensive” bullying by others, a concern that is amplified given the prevalence of remote instruction over the past year.

Union calls free speech and freedom of expression “indispensable to the objectives of a higher educational institution.” We agree, and that’s why the college must revise its policy so that it doesn’t give administrators license to sanction any speech it disfavors.

For a look at policies FIRE considers to be the best-case scenario for regulating harassment and bullying on campus, head over to our Model Speech Policies page.