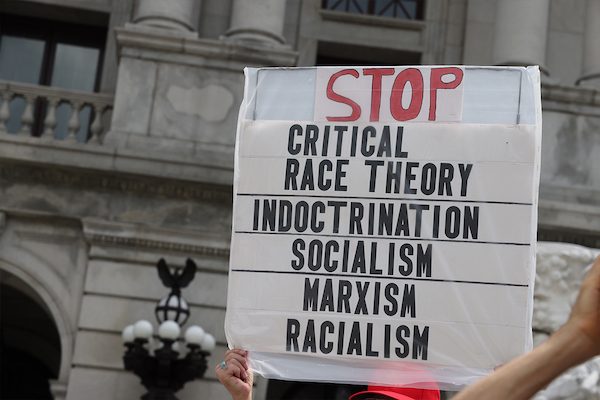 Last week, Arkansas Attorney General Leslie Rutledge issued a disappointing opinion on “the legality of introducing critical race theory and professed ‘antiracism’” in Arkansas’ educational institutions, including its public universities. Unfortunately, the opinion neglects the free speech rights of faculty members by asserting that their academic freedom is not protected by the First Amendment. It also unhelpfully suggests that the mere “communication” of ideas “based on critical race theory” may violate state and federal anti-discrimination laws, without providing any real guidance as to when or how such communications might cross the line into unprotected discriminatory conduct.

The opinion, issued by Attorney General Rutledge at the request of state Rep. Mark Lowery, provides guidance to other state actors, such as college administrators, about the attorney general’s interpretation of existing laws and statutes. Although Arkansas recently adopted a statute prohibiting the “propagation of divisive concepts,” that law only applies to K-12 institutions, as the legislature specifically exempted colleges and universities. That exemption correctly recognizes that classroom discussion in higher education — where, unlike in K-12, the participants are typically adults, enrolled of their own accord — must be afforded greater breathing room to discuss controversial ideas. And, as FIRE has pointed out before, that breathing room is protected by the First Amendment.

Taking a stand on Garcetti — the wrong one

First, the opinion asserts that “statements that public employees make pursuant to their official duties are not protected by the First Amendment.” To support that conclusion, Rutledge cites Garcetti v. Ceballos (2006), in which the Supreme Court held that public employees do not enjoy First Amendment protections when engaging in speech pursuant to their official duties. Yet the Garcetti Court observed that “expression related to academic scholarship or classroom instruction implicates additional constitutional interests,” leaving open the possibility that there is an academic freedom exception to Garcetti’s general rule. In his Garcetti dissent, Justice Souter warned that if the majority’s rule applied to higher education, the ruling could have a chilling effect on faculty and “imperil First Amendment protection of academic freedom in public colleges and universities.”

Federal appellate courts addressing the question have agreed. The Ninth Circuit, for example, held that the First Amendment broadly protects faculty members’ speech “related to scholarship or teaching.” In addressing the speech of Professor Mike Adams, the Fourth Circuit expressed doubt that Garcetti applies in the “academic context of a public university.” The Fifth Circuit joined the chorus in 2019 on the basis that “academic freedom is a special concern of the First Amendment,” and most recently, the Sixth Circuit — in a case involving whether a faculty member could be required to use a student’s preferred pronouns — agreed that Garcetti “does not apply to speech related to scholarship or teaching in higher education.”

The Eighth Circuit — whose jurisdiction embraces Arkansas — has not yet had an opportunity to resolve the question in either direction. Instead, it has pointedly left the question open, writing in a 2017 decision that Garcetti may not apply to “speech related to scholarship or teaching.”

That means Arkansas’ attorney general has made the disappointing choice to depart from the weight of courts that have considered this question and to instead endorse a view that would expand the power of the state to diminish the First Amendment rights of faculty. That disappointing choice signals that in future proceedings, the State of Arkansas would take a position contrary to its faculty members’ First Amendment rights, rather than taking a firm stance to protect those rights. As Judge Amul Thapar wrote in the Sixth Circuit’s recent evaluation of the question, Meriwether v. Hartop, reviewing the Supreme Court’s landmark 1957 decision, Sweezy v. New Hampshire:

The [Sweezy] Court explained that it “could not be seriously debated” that a professor’s “right to lecture” is protected by the Constitution. And it emphasized “[t]he essentiality of freedom in the community of American universities.” When the state targets professors’ academic freedom rather than protects it, scholarship, teaching, and education “cannot flourish.” [Emphasis added.]

Arkansas faculty — and citizens of the state — should be concerned by the stand the attorney general has taken on this important aspect of First Amendment law. The rights of faculty members to discuss matters of their expertise in or outside of the classroom are critical to the academic function, and protect faculty members regardless of their viewpoint. Eroding these rights because the political winds of the moment blow against “critical race theory” will hurt faculty of all political views.

Second, the opinion asserts that a “racially hostile environment could also be created through curricula, instruction, or other programs or activities that communicate the following ideas,” which it then goes on to list. The list of proscribed “ideas” appears to be derived, with some variation, from lists offered by other states’ “divisive concepts” bills, which were themselves derived from then-President Trump’s “Executive Order on Combating Race and Sex Stereotyping.” (The list is not the same as that considered and adopted by Arkansas’ legislature in its K-12 law.)

It is possible to conceive that certain extreme classroom conduct from a professor might cross the legal threshold from protected speech to unprotected harassment. But that is a high bar to meet, and the vast majority of communication about race and sex—including teaching students about controversial or uncomfortable ideas—is protected. This is especially true when the communications are in the classroom setting and pedagogically relevant.

If the bar for harassment is set so low that the mere discussion of offensive ideas is sufficient to establish an unlawfully hostile environment, the risks to open discussion in class become obvious.

Unhelpfully, the attorney general’s opinion doesn’t explain the legal threshold necessary to establish hostile environment harassment. As the federal Department of Education’s Office for Civil Rights has previously explained, hostile environment harassment requires “something beyond the mere expression of views, words, symbols or thoughts that some person finds offensive.” This is consonant with the Supreme Court’s statements that “[u]nder the First Amendment there is no such thing as a false idea,” and that the “classroom is peculiarly the ‘marketplace of ideas.’”

If the bar for harassment is set so low that the mere discussion of offensive ideas is sufficient to establish an unlawfully hostile environment, the risks to open discussion in class become obvious. While discussion of these “divisive concepts” may indeed offend some students, a standard that would prevent or punish such communications would also mean, for example, that a professor’s quotation of a James Baldwin work or Supreme Court case containing racial slurs constitutes actionable hostile environment harassment. Both intrude upon academic freedom, albeit from different ideological directions.

This may be why the opinion concedes that “there may be some legitimate pedagogical uses of these ideas in the university setting.” But the opinion provides little direction for faculty to determine when their discussion is “legitimate” — save for the attorney general’s opinion that they may contrast “the civil-rights movement’s grounding in the Founders’ classically liberal vision of individual natural rights” against the “socialist” grounding of critical race theory — a pedagogical determination properly left to faculty members themselves.

That, of course, is not to say that the classroom is immune from the Equal Protection Clause. While some pedagogical practices may create a hostile learning environment that violates federal anti-discrimination laws, the bar for meeting that standard is high. How a faculty member conducts the class is more likely to implicate these important rights — for example, through repeatedly targeting a student because of their race or sex, or through segregating students on the basis of a protected class.

But the imprecision of the Arkansas attorney general’s suggestion that merely entertaining or “communicat[ing]” disfavored or offensive viewpoints can violate the law could give legislators and school administrators the improper impression that they have broader authority to ban or punish teachings than the academic freedom or the First Amendment would allow.

Attorney General opinions must be careful not to diminish academic freedom

​Despite the abundance of case law affirming the academic freedom rights of faculty at public colleges and universities, attorneys general in multiple states have either issued or have been asked to issue opinions targeting the teaching of critical race theory, the 1619 Project, and other “divisive concepts” in public colleges and universities. A similar opinion recently issued by Montana Attorney General Austin Knudsen at least recognized that “academic freedom” is protected by the First Amendment, but troublingly urged that even using “materials” that include particular content may be unlawful. Meanwhile, the Texas attorney general has received a request from state Rep. James White to issue an opinion on similar questions.

Unless these opinions are revised to add specific exemptions for the academic freedom rights of faculty at public colleges and universities, FIRE believes institutional and legislative action pursuant to these opinions are likely to have a chilling effect on higher education — indeed, Rep. Lowery, who requested the opinion, has since warned that teachers could face lawsuits for “teaching” critical race theory, although he appears to have addressed that warning to K-12 teachers.

That chilling effect risks forsaking the warning of Chief Justice Earl Warren in Sweezy: “Scholarship cannot flourish in an atmosphere of suspicion and distrust. Teachers and students must always remain free to inquire, to study and to evaluate, to gain new maturity and understanding; otherwise our civilization will stagnate and die.”