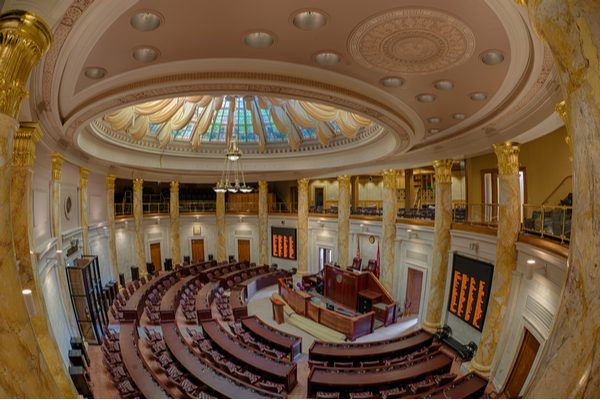 Earlier this week, we discussed an Arkansas state legislator upset by an Arkansas Tech University student group’s “Sex on the Lawn” event, held to educate students about sexual and relationship health, provide HIV testing, and give students a forum to discuss sex in a supportive environment. Rep. Mary Bentley, in a now-deleted Facebook post, highlighted “a post from the [ATU] Department of Diversity and Inclusion” and noted that “[a]s State Legislators we hold the ‘Purse Strings’ of the state’s budget.” Then Bentley asked, “Do you think this” — referring to a Facebook post about the student-organized event — “is an appropriate use of your tax dollars?”

Now, Rep. Bentley and two of her colleagues are sponsoring an amendment to this year’s ATU appropriation bill that would limit how ATU could use its funds.

The amendment, if adopted, would prohibit any future funding to the ATU Department of Diversity and Inclusion, which “focuses on enhancing the experiences of Students within the underrepresented population.” The amendment would also prohibit ATU from funding any “successor” to the department, so ATU can’t simply rename the department. If adopted, it likely means that ATU would be required to discontinue LGBTQ trainings and workshops and would lose staff dedicated to supporting a diverse range of student organizations and organizing cultural events on campus.

Rep. Bentley told a local outlet that her co-sponsorship of this amendment, coincidentally offered the day after her Facebook post, has nothing to do with the Sex on the Lawn event, citing “multiple phone calls and conversations with constituents who are disturbed and concerned with what the department has been doing.” Bentley declined to provide any specific information about what “disturbed” constituents so much that the department should be eliminated.

As the Arkansas Times notes, ATU isn’t in Bentley’s district, and the sponsor of the amendment, Rep. Trevor Drown, indicated that the Sex on the Lawn event was a factor. The Arkansas Times further observes that Rep. Drown, in an interview with KTHV, cited “complaints” from constituents and said he received “pictures from the event of sex toys displayed on tables.”

But unless the sex toys are themselves unlawful (the Arkansas Times observes, tongue-in-cheek, that there’s a “big sex shop on I-40”), merely displaying them is protected by the First Amendment. For one, Arkansas’ law prohibiting public display of obscenity applies, by its own terms, only to the display of any “obscene sticker, painting, decal, emblem, or other … writing, description, photograph, or depiction.” In other words, the law restricts obscene images, not physical objects.

Even if Arkansas’ legislature sought to prohibit such a display, it would almost certainly be unconstitutional. To be obscene under Miller v. California (1973), and thus not protected by the First Amendment, the display must “appeal to the prurient interest in sex, … portray sexual conduct in a patently offensive way, and …, taken as a whole, … not have serious literary, artistic, political, or scientific value.” As a whole, the event — advertised as “an all-inclusive educational fair that seeks to provide an honest and safe space to talk about sex and relationships,” and held in an open area commonly used for speech — quite clearly has serious educational and political value. Compare, for example, students at the University of Texas at Austin carrying dildos as a protest against a Texas law permitting the open carry of firearms on campus. If displaying sex toys in Austin for the purpose of making people uncomfortable is protected by the First Amendment — and, make no mistake, it is — then displaying them to discuss sexuality is, as well.

The amendment itself, even if not adopted, is chilling to free speech on campus. It sends a clear message to campus administrators: If you dare to allow or support students who hold controversial events on campus, you will have to defend your funding. That only creates an incentive for administrators — who are employed to support and facilitate student-led initiatives — to discourage students from holding events that might generate criticism.

Unfortunately, legislative attempts to chill campus free speech are nothing new. Just yesterday, the New York State Senate passed a bill that would bar funding to student organizations that promote “hate speech” or boycotts of Israel or other allies of the United States. In Arizona, a legislator sought to bar courses on “social justice” while legislators in Wisconsin threatened university funding over a course on racism. And as we noted in our last post, the Arkansas legislative threats over “Sex on the Lawn” are reminiscent of legislative pressure in Tennessee over a week of student programming known as “Sex Week.” That pressure predictably caused administrators and student governments alike to censor student events, citing the risk that legislators would revoke funding.

Aside from the constitutional problem posed by cutting funding to public university programs based on legislators’ (or even their constituents’) objections to content of speech related to those programs, the precedent such an act sets is concerning. Legislators often forget that speech that they value in their state may be the speech that legislators in other states disdain. Once lawmakers start arguing that funding should be tied to a political litmus test, they lay the intellectual groundwork for speech they cherish to be silenced too. That is precisely what the First Amendment is designed to prevent.

State legislatures should be introducing and passing legislation that defends and enhances students’ rights to speak on campus, like bills pending in Texas and Kentucky, or the New Voices Act. That would be far preferable to attempting to micromanage student speech that some find offensive.