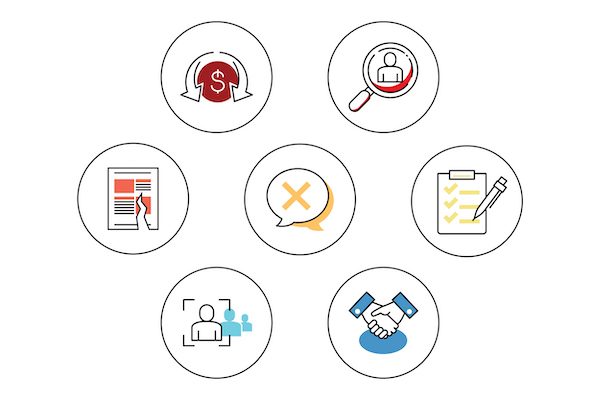 In 2019, FIRE published “Under Pressure: The Warning Signs of Student Press Censorship,” a report highlighting our advocacy for student journalists’ rights and identifying threats they face, including seven primary signs that censorship of the student press is afoot. The report surveyed 21 instances of challenges to student press freedom, indicating the corresponding warning sign presented by each.

In the three years since the report, threats to student journalists have shown no signs of slowing. In fact, a new FIRE survey of student media being released tomorrow — Student Press Freedom Day — found that 60% of student newspapers at four-year public institutions faced some form of censorship in the past year. (You can learn more about our new survey in our report, also coming out tomorrow.)

Once you understand the signs of censorship student journalists should look for, the next step is to know your rights.

These troubling numbers are exactly why FIRE recently launched our Student Press Freedom Initiative, led by Lindsie Rank, our student press counsel. SPFI (which we’re pronouncing “spiffy”) offers resources to student journalists, their advisers, and administrators to continue to fight back against censorship in student media.

With the recent launch of SPFI and Student Press Freedom Day coming up tomorrow, we’re revisiting some of the threats student journalists faced over the past year. If you’re experiencing issues similar to those described below, consider reaching out to SPFI for help at 717-734-SPFI (7734).

Below, we discuss recent instances and trends of student press censorship. If these sound familiar and your student publication is experiencing a similar situation, FIRE may be able to help. Contact us via our online submission form or our hotline: 717-734-SPFI (7734).

Mandatory prior review and restraint of journalistic materials

As highlighted in the “Under Pressure” report, we continue to see a concerning trend of prior review of student newspapers. Prior review occurs when university leadership — administrators, advisers, advisory boards, or other officials — demand to review material prior to its publication. Prior restraint occurs when officials tell student journalists they may not publish journalistic materials, or take steps to prevent the journalists from doing so. As we said in 2019: “Prior review and prior restraint are among the most noxious forms of censorship.” (Learn more about prior review and prior restraint using our new interactive “Can I Publish This?” module on the subject.)

FIRE has observed this phenomenon at publications that face oversight by student media advisory boards — which sometimes consist of members appointed by individuals other than the publication’s leaders.

For example, the University of California, Davis’ student newspaper, the California Aggie, recently gained the right to name its own editor after 50 years under the eye of a school-run media board charged with appointing and dismissing student media leadership. A letter from FIRE and the Student Press Law Center helped spur an overhaul of the media board’s bylaws.

While people aren’t content, people determine content. In the same way that a candidate for public office represents certain political priorities, a candidate for editor-in-chief of a student paper often represents certain content priorities. Thus, by misappropriating the power to determine the Aggie’s leadership via an administratively-appointed board, UC Davis also misappropriated the power to influence the Aggie’s content.

Some media advisory boards serve in a purely advisory capacity and can serve as a helpful resource to students when they ask for advice navigating tough editorial decisions. Others exercise prior review and restraint and should be cause for concern.

[I]n the worst situations, these boards become instruments of censorship — in some cases, exercising prior review and restraint of content. And that’s what we’re seeing more and more. In a survey of student newspaper editors at public, 4-year institutions that I completed in 2017–18, 43.7% of editors reported having an advisory board. In a 2011 survey, Lei Xie and James Simon surveyed student publication advisers who belong to the College Media Association (which includes advisers from public and private, and 4- and 2-year institutions) and found that 60.5% of publications — including print and broadcast — had an advisory board.

Even in the absence of advisory boards, administrators too often wield undue influence over a student newspaper’s content. For example, Florida Atlantic University required the University Press student newspaper to copy media relations on any emails requesting interviews with university personnel. Media relations also required that the student paper include it on interview questions and responses. After a letter from FIRE and 17 months of discussion, as of June 17, student journalists may now go straight to the source — excluding administrators from the emails — and are no longer subject to prior review of interview questions.

Likewise, after student journalists at Howard University’s The Hilltop wrote about student protests over mold and other issues in campus dorms, their adviser demanded to review, edit, and approve future stories because the university’s president was “irate” about a previously published column. The SPLC quickly stepped in, publicly criticizing the adviser for “unusual and harmful comments and steps taken” to restrict the student journalists’ right to report.

Pressure and censorship of student newspapers due to content

Just as in 2019, student journalists continue to face pressure from all sides to amend their content to better suit university leaders’ preferences and interests.

Last year, a student newspaper at a community college in Oregon saw its funding decreased by student leaders who criticized its content for being “drama[tic]” and “too saucy.” In March, the Lane Community College Student Activity Fee Committee, which determines funding for student groups at the college, discussed what they perceived as a lack of serious news reporting by student newspaper The Torch — then reduced the group’s funding.

In a future meeting, the committee reconsidered The Torch’s funding, amid concerns that the decision was wrongly made. After much discussion, the committee increased The Torch’s funding, but not back to its previous amount. As we pointed out at the time, “the content of student publications — whether serious or sarcastic, gossipy or factual, critical or cheerful — is legally at the sole discretion of the publications’ student editors.” After a letter from FIRE, this situation was resolved, and The Torch received its full requested funding.

Pressure to alter reporting to serve outside interests does not only come from students. Last year, FIRE saw Tarleton State University appear to force student journalists at the Texan News Service to remove content from the newspaper’s website, then revoke the student newspaper’s editorial independence and take the newspaper over. Or, at least, we think that’s what happened. We can’t be one hundred percent sure, because Tarleton continues to stonewall our public records requests that aim to get to the bottom of the situation.

As any follower of FIRE’s work might expect, these actions by Tarleton earned the university a spot on FIRE’s 2022 “10 Worst Colleges for Free Speech” list, as well as a public records lawsuit.

Speaking of lawsuits, FIRE recently helped The Indian Leader, Haskell Indian Nations University’s award-winning student newspaper, secure a victory for student press rights. On Feb. 8, a federal judge ordered Haskell to adopt sweeping policy reforms protecting the First Amendment rights of students at the university, and safeguarding the editorial independence of The Indian Leader. The order forbids the university from retaliating against students in the way that it retaliated against former Editor-in-Chief Jared Nally for engaging in routine journalistic practices.

A helpful tip for administrators: Choose self-preservation over censorship. After all, you don’t want to end up removed from your job and sued as the defendant in a federal First Amendment lawsuit for censoring a student journalist — like former Haskell President Ronald Graham.

Although we’ve found that our seven warning signs fit many cases of student media censorship, they’re not the only risks that student journalists face. There is also a longstanding trend of disparate treatment for student journalists — meaning they are treated differently from other students and other journalists.

Now that you understand what signs of censorship student journalists should look for, the next step is to know your rights. You can start by researching your university’s and your student newspaper’s policies for free expression and student journalism as well as the laws in your state. FIRE’s “Can I Publish This?” modules can also help you learn more about subjects like defamation law, privacy, trademark and copyright, and prior review and restraint. If you have any questions about your rights, you can reach out to FIRE for help.

Then, if you notice one of the warning signs, be sure to keep records of your communications with the administration and student leaders —they could come in handy later.

And finally, keep FIRE’s 24/7 hotline on hand: 717-734-SPFI (7734). FIRE operators are standing by, and we’re just a call away — from morning, to afternoon, to production night, and even on the weekends — when you need help. FIRE knows censorship takes many different forms, and we’re always on the lookout for situations where we can help protect student journalists’s expressive rights.