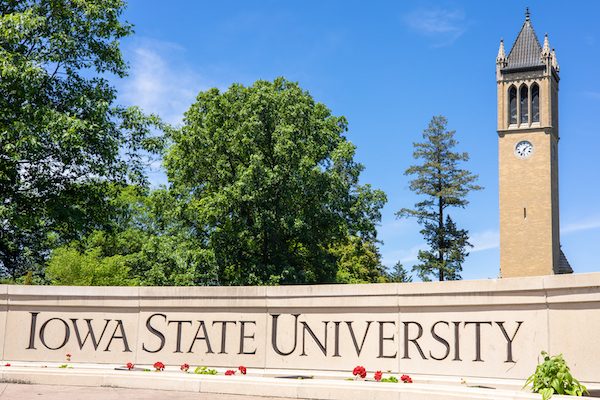 Last week, Iowa State University insisted that a new state law — one of the many “divisive concepts” laws supposedly targeting “critical race theory” in education — applies to classroom discussion. Rebuffing a letter from FIRE explaining that the law was intended to limit administrative trainings (and not academic courses), Iowa State doubled down on the convoluted and confusing policy it issued to enforce the state law.

Meanwhile, Iowa State’s rivals are taking a different — that is, constitutional — approach.

Before the law was adopted, the University of Iowa issued a statement reassuring its faculty and students that “[i]f passed, HF 802 would have zero impact within the classroom as academic instruction is specifically exempted from the legislation.”

Over the weekend, it posted an update to that statement (with emphasis added):

In early June, House File (HF) 802 was passed by the state legislature and signed into law by Governor Reynolds. As a university, we have worked to proactively educate our students, faculty, and staff regarding its impact on our university.

House File 802 applies to mandatory DEI training on campus. It does not prohibit the voluntary training or discussions of DEI topics in the following areas:

The University of Iowa is doing two laudable things with this statement.

First, as the statement notes, the university is proactively and publicly reassuring students and faculty that the law does not limit teaching or discussion in the classroom. That helps to mitigate the chilling effect caused by any uncertainty engendered by the law’s passage or media coverage of the laws targeting a range of ideas loosely (and often incorrectly) referred to as “critical race theory.” Moreover, it sends the message to faculty that the university will not discipline them under the guise that the new statute forces administrators’ hands.

Iowa State is telling faculty that they should keep their mouths shut if they know what’s good for them.

If @IowaStateU will not defend its faculty, FIRE will.

Faculty who will change their classes as a result of HF802 should get in touch with us ASAP.https://t.co/STYCNqx1ul

Second, the university correctly advances a narrow interpretation of the law, interpreting its limit on “training” to reach only administrative trainings, not classroom discussion. Administrators of public universities have an obligation to protect the First Amendment rights of their faculty and students. Applying expansive readings of the law such that it limits protected expression — as Iowa State does — would betray the university’s First Amendment obligation to avoid unconstitutional applications of the law.

Iowa State’s interpretation is irreconcilable with the University of Iowa’s interpretation. Yet both are part of the same system, operating under the governance of the state’s board of regents. How is it that the two public universities have reached the opposite conclusions about whether state law requires them to censor classroom discussion? (The University of Northern Iowa, as well as the state’s community colleges, do not appear to have taken a public position on the law. They should.)

If Iowa State refuses to abandon its policy implementing HF802, the state’s board of regents should require it to do so, either by soliciting a clarifying opinion from the state’s attorney general or by adopting the University of Iowa’s approach. Faculty and students should not have to seek refuge in the courts to protect their rights when administrators refuse to do so.