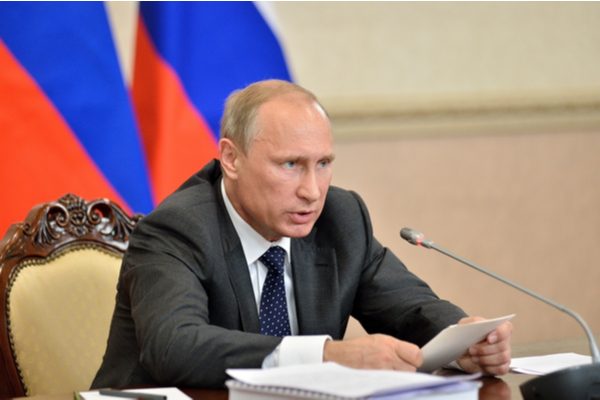 The Russian Prosecutor General’s Office announced this week that New York liberal arts institution Bard College was deemed an “undesirable foreign organization” and that the office “determined that the NGO’s activity threatens the constitutional order and security of Russia.” Association with the college — a figure in liberal arts education in Russia for decades due to its collaborations with St. Petersburg State University — could now lead to fines or jail time.

The decision is yet another alarming development in international higher education, an industry already feeling the weight of authoritarian pressure.

What is an “undesirable foreign organization”?

In 2015, President Vladimir Putin signed into law new restrictions and penalties against groups authorities deem “undesirable” and in defiance of state security or constitutional order. Amnesty International called it “the latest chapter in an unprecedented crackdown against non-governmental organizations which is effectively criminalizing lawful activity and squeezing the life out of free speech and association.” The law “allows any foreign or international NGO to be shut down and introduces cash fines, restrictions on movement or jail time of up to six years for those who violate it.”

What does this decision mean for Bard College?

Bard is now the 35th organization included on the list of “undesirable” groups, which includes the National Endowment for Democracy, Open Society Foundation, Open Russia, and more.

It’s difficult to imagine that Bard will be able to continue any of its current programming in Russia, or that academics in Russia will be permitted to engage with the college. While the law punishes the “undesirable” group, Russian nationals who continue to associate with it will likely face penalties as well. According to Radio Free Europe, Russian lawmakers are currently discussing another bill to punish associations with “undesirable” organizations:

The move comes after the Russian parliament’s lower chamber, the State Duma, earlier this month approved in the final reading a bill that widens the scope of the “undesirable” law.

Under the bill approved on June 16, individuals may face up to six years in prison if found guilty of organizing operations of “undesirable” international organizations on the Russian territory.

“Anyone — teacher or student — who has any dealings with Bard is now subject to criminal prosecution in Russia,” warned Sam Greene, professor of Russian politics and director of the Russia Institute at King’s College London.

The Moscow Times explained that Bard conducted a decades-long collaboration with St. Petersburg State University and holds an important role in liberal arts education in Russia, but its work is caught in the crosshairs of an effort to crack down against NGOs:

Bard has collaborated with the St. Petersburg State University since 1997 and in 2011 helped to create the Smolny College of Liberal Arts Sciences, where Russia’s chief auditor Alexei Kudrin serves as dean.

Smolny College was undergoing reorganization into a separate university as of March, with plans to begin admitting students in 2021. Kudrin touted the faculty’s “good image” at the time.

A Russian association of nonprofit organizations in March asked prosecutors to check the newly forming university’s affiliations with foreign NGOs. The request came one year after Bloomberg reported on billionaire George Soros’ plans to launch a global university to fight authoritarian governments and climate change through a partnership with Bard College and the Central European University.

At the AAUP’s Academe Blog, Hank Reichman added, “One faculty member of my acquaintance who has taught in the Smolny program for the past ten years (and also spent a year at Bard) informed me that for him this is personal; he expects to lose his job.”

In a statement, Bard stated its hope that the decision against the college would be reversed: “This has been a consistently positive and successful 25-year partnership, and it is our sincere hope that the Russian Federation will reverse this unwarranted course of action and reinstate Bard’s longstanding and productive partnership with Smolny College.”

Bard President Leon Botstein also spoke with The Chronicle of Higher Education about the “shocking” and “wildly wrongheaded” ban:

We’re cut off in communications from our colleagues in Russia. This law puts individuals at risk of being jailed for just having contact with us. We have alerted the secretary of state in hopes of including this in dialogue with Russia, to help put this flagship program of Russian-American cooperation back on the table. [ . . . ]

We’re not communicating. We’ve got nothing to hide, but we don’t want to put anyone at risk. We’re a dual-degree program, and I just signed diplomas and we shipped them in Russia in time for graduation, in late June, early July. I don’t know if the students will get their diplomas.

What does this mean for international higher education more broadly?

It’s not just Bard College that should be concerned.

Other universities conducting programs in Russia must now consider their future in the country. While this is an unusual escalation in international higher education affairs, it offers insight into challenges that are becoming all too common in the industry. Should foreign universities continue business as usual in Russia and just hope they won’t also be targeted? Should they reassess their operations so that they will be less likely to run afoul of Russian law? Or should they revoke their partnerships, in protest of the actions against Bard College and higher education and out of concern for the safety of their communities? At what point do the threats become too severe for a university to continue its programs in the country?

Simply put, when universities engage in cross-border education, they find themselves — often unwillingly — in complex calculations involving politics, ethics, and their own values.

These are questions that, while applicable to Russia this week, could likely be posed to universities with partnerships in any area with extensive records of human rights violations and censorship, like China, Hong Kong, or the United Arab Emirates. Indeed, such questions were recently asked at Cornell University, which chose to move forward on a new dual degree program with Peking University in China despite widespread campus protest. Faculty and students opposed to the program questioned how a university can keep its community safe and how it can operate ethically in a country with severe human rights violations and speech restrictions. Cornell defended its ability to preserve its values in China, but its community is unlikely to be convinced.

In a piece titled, “Do Colleges Need a Foreign Policy?” Karin Fischer wrote this week that, “Much as with the current culture wars, colleges are feeling these geopolitical pressures from all sides: Students and professors question academic ties to places without the same protections for speech and expression, and government officials are wary of universities’ willingness to engage with regimes that can be seen as hostile to American national interests.” Simply put, when universities engage in cross-border education, they find themselves — often unwillingly — in complex calculations involving politics, ethics, and their own values.

Unfortunately, while Russia’s decision to list a college as an “undesirable” organization is a new development, authoritarian pressure against higher education is not. To learn more about this issue and how it impacts freedom of expression in U.S. higher education, read more of FIRE’s coverage.