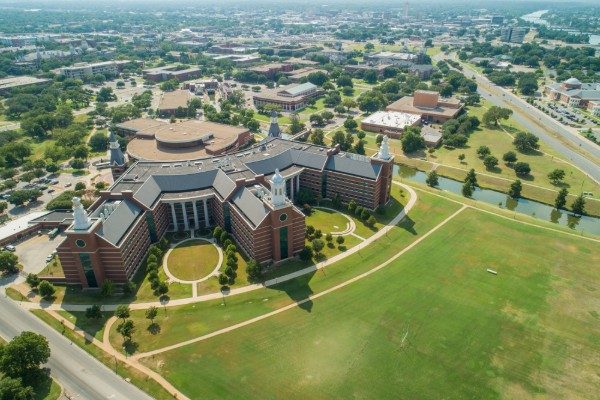 Have you ever heard someone give an explanation for bad behavior that makes them sound more guilty? Like the accused bank robber who says, “I couldn’t have done it, that red leather wing-tip shoe you’re gonna find in the vault isn’t even my size!”

Baylor University’s got one of those explanations for an incident that took place last month, when campus tour guides removed — and in some cases, trashed or recycled — copies of the student newspaper, The Lariat, before a visit from roughly 2,000 prospective students and their families.

Why? Well, one theory is that Baylor didn’t think the above-the-fold headline — “Fifth alleged rape reported” — was a selling point. 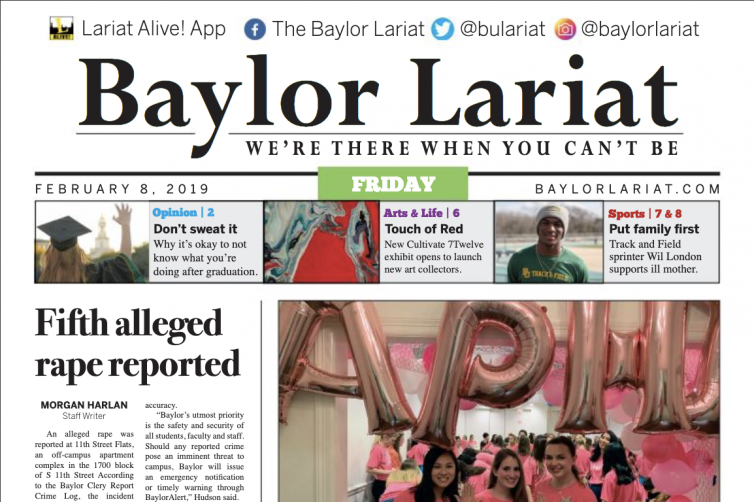 As The Lariat reports:

“The girl who took the newspaper from our table, she told us her boss had told her to do it,” [senior Ben] Christie said. “Then they said it was something they didn’t want students to see.”

Dallas senior Hunter Meroney was also eating lunch with Christie when they saw the newspapers being removed from their stands.

“A female tour guide came up and grabbed my friend’s newspaper, I imagine to hide it from guests,” Meroney said. “After that, we saw her take the rest of the newspapers off the stands at Penland [Crossroads] and throw them away.”

Is there anything legally wrong with this? It isn’t entirely clear, although it wouldn’t be a First Amendment issue.

Baylor, which is private and affiliated with the Baptist General Convention of Texas, has policies that explicitly place its religious values ahead of freedom of speech, making it what FIRE calls a “warning school” in our Spotlight Database.

At the same time, it’s concerning that Baylor appears to have taken affirmative steps to conceal information about sexual assault from prospective students. Remember, the entire theory behind the Clery Act (the law that requires schools to report crime numbers, maintain a crime log, and provide warnings to students of certain immediate or ongoing threats) is that if students are aware of the crimes on campus, they will take proactive steps to protect themselves. In May 2017, the Department of Education opened an investigation into possible under-reporting at Baylor; no outcome has been posted yet.

This isn’t a Clery Act violation; the Clery Act concerns proper reporting of numbers in the mandatory reports, not what you tell students (or prospective students) outside of those reports. But if the relationship between a private institution and its students is contractual, and one party to the contract is affirmatively concealing information it knows could impact the other party’s willingness to enter the contract, doesn’t that sound like a form of fraud?

(It’s fair to ask whether students would really be deterred by a headline saying there’s a fifth report of rape on a campus of over 16,500 people; but someone at Baylor believed it would, because they decided to stop anyone from seeing it. If it wasn’t material to someone entering the tuition contract, why conceal it?)

The bigger problem with Baylor’s action here is its defense — that the removal was a miscommunication:

“Campus Visits has never given blanket instructions to campus tour guides to remove papers from newsstands or to shy away from answering any question honestly and factually from prospective students and their families about our campus today and past issues,” [Baylor Vice President for Marketing and Communications Jason] Cook said…

“We have learned there was a miscommunication at an event on Feb. 9, when an admissions staff member asked a few campus tour staff to move papers in the Penland Crossroads lobby and Foster,” Cook said. “Unfortunately, papers in the Penland lobby were thrown away while papers in Foster were moved within the newsstand or recycled.”

Here’s the thing: as Jezebel pointed out, the newspapers were removed from 15 different newsstands. So an admissions staff member said something, and then a group of people collectively took basically the same action, which was to remove the papers from the newsstands.

If a group of people hears the same thing, and takes a coordinated action based on what it hears, is that really a miscommunication? That sounds like a highly effective communication.

And what is the point of saying “Campus Visits” has never asked anyone to move The Lariat, but that an “admissions staff member” did? Campus Visits is part of Undergraduate Admissions. I’m not sure the concern anyone has with this incident is related to which level of the administration actually made the call.

The most charitable interpretation of this excuse reminds me of an anecdote that supposedly involved Louis Armstrong. As the story goes, he had an exclusive recording contract with one record label; two executives of that label went into a diner and heard Armstrong’s distinctive coronet bleating from the jukebox, but didn’t recognize the song. They looked and saw another company’s label on the record. The two companies threatened to sue each other until Louis got them into a room and said, “I didn’t do it, and I’ll never do it again.”

I’d like to think that’s what Baylor intended to say, here. Surely, I understand the instinct: You want to put your best foot forward. But if there are allegations of sexual misconduct at Baylor, prospective students deserve to know.

As always, honesty — even uncomfortable honesty — is the best policy.