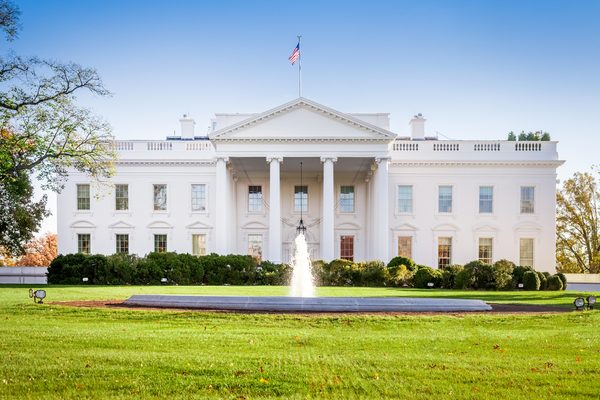 In a letter last month to the president of the American Zionist Movement, Secretary of State Tony Blinken declared: “The Biden Administration enthusiastically embraces the 2016 International Holocaust Remembrance Alliance’s Working Definition of Anti-Semitism, including its examples.” FIRE is monitoring this development due to our longstanding concerns that the definition’s implementation on college and university campuses could restrict free expression.

The 2016 IHRA document also includes a list of examples of anti-Semitism:

This definition and its accompanying examples, when used for their intended purpose of tracking incidents of alleged anti-Semitism in Europe, pose little threat to free speech.

However, FIRE has long voiced concerns over the definition when it is used as the standard by which institutions of higher education police speech on campus — particularly discussions and advocacy about the Israeli-Palestinian conflict. Secretary Blinken’s declaration endorsing the IHRA definition seems to indicate that the Biden Department of Education may continue to mandate that colleges and universities receiving federal funding adopt this definition on campus, as required under former President Trump’s Executive Order on Combating Anti-Semitism. (FIRE criticized that executive order upon its issuance.) If it does, the threat to campus speech will be significant. We’ve already seen calls, including from members of Congress, for the the Department of Education to open investigations into alleged acts of anti-Semitism, citing the IHRA definition.

One of the primary ways the defnition’s application on campus threatens free speech is that it is so vague that students cannot possibly know what expression will get them in trouble. For example, what constitutes “a certain perception of Jews”? That 100 different people would likely supply at least 100 different answers demonstrates the vagueness of that language. In Grayned v. City of Rockford, the Supreme Court of the United States held that a statute or regulation is unconstitutionally vague when it does “not give a person of ordinary intelligence a reasonable opportunity to know what is prohibited, so that he may act accordingly.” The Court continued to explain that the threat to free speech caused by vague statutes was of particular concern:

Where a vague statute “abut[s] upon sensitive areas of basic First Amendment freedoms,” it “operates to inhibit the exercise of [those] freedoms.” Uncertain meanings inevitably lead citizens to ‘steer far wider of the unlawful zone’ . . . than if the boundaries of the forbidden areas were clearly marked.”

The IHRA’s stated examples of anti-Semitism also raise concern, as they conflate mere criticism of Israeli policy with prohibited anti-Semitism. For example: “[a]pplying double standards by requiring [of Israel] a behavior not expected or demanded of any other democratic nation.” The Constitution affords people the freedom to be hypocritical in their analysis of other countries’ policies, or to otherwise focus their criticism however they please. Many Americans lament the human rights violations in China and Russia, or are concerned about martial law in Myanmar, to name just a few examples. There is not — and there should not be — a law requiring those people to spend their time criticizing other regimes equally or else risk violating anti-discrimination laws. The First Amendment protects one’s right to advocate in accordance with their own beliefs.

The IHRA examples also state that “Drawing comparisons of contemporary Israeli policy to that of the Nazis” is anti-Semitic. Again, people are free to compare the practices of, say, the North Korean regime to that of the Third Reich, and many people have claimed that recent U.S. border policies were Nazi-esque. These are protected forms of expression, and any regulation forbidding such comparisons against a single nation would surely be struck down under the First Amendment.

Kenneth Stern, the primary author of the IHRA definition, wrote in The New York Times to remind both lawmakers and the public that the definition “was intended for data collectors writing reports about anti-Semitism in Europe. It was never supposed to curtail speech on campus.”

It is praiseworthy that President Biden, like his predecessor, is eager to combat anti-Semitism. However, relying on the IHRA definition — or any definition, for that matter —  to combat anti-Semitism on campus is the wrong approach. Instead, the federal government should pass legislation: 1) prohibiting harassment on the basis of religion; 2) confirming, as has been Department of Education policy since 2010 and as President Trump’s Executive Order sets forth, that when a student is harassed because of cultural or ethnic stereotypes associated with a religion, that conduct is prohibited under Title VI; and 3) codifying the Supreme Court of the United States’ standard for when expression becomes unprotected because it constitutes discriminatory harassment.

This three-step approach would give institutions the tools they need to properly combat anti-Semitism, and harassment of students of other faiths, without raising free speech concerns.

We hope the Biden Administration will clarify its position.