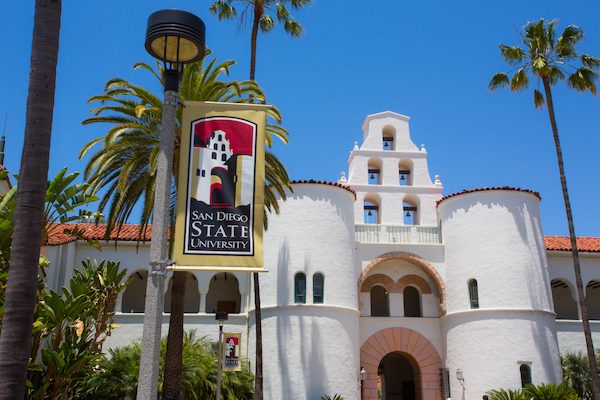 Did you figure out from that headline something unconstitutional is afoot at San Diego State University?

If you’d taken philosophy professor J. Angelo Corlett’s classes on racism, language, and ethics you’d know these charged slang terms. You’d also have gone in depth on the ethics of using slurs like “nigger” and “bitch,” whose utterances — in teaching philosophy’s widely known use-mention distinction and the concept of “offensiphobia” (which is exactly what it sounds like) — got Corlett abruptly removed from the classroom last week.

FIRE wrote to SDSU today arguing Corlett’s punishment, by a public university, violates the First Amendment’s guarantees of free expression and academic freedom and must be immediately reversed. We’ve given them until Friday to put Corlett back in his classroom and to clarify to other SDSU faculty that they will not face similar punishment for protected speech — even if it’s controversial. We’re also filing a public records request for complaints the university says it received (with student-identifying information redacted), and their internal discussion about the case.

SDSU reassigned Corlett last week after at least one student allegedly complained about his mention of racial slurs, which he discussed in depth while exploring the difference between “racialist” and “racist” speech during the March 1 meeting of his Critical Thinking and Composition class.

According to Corlett, “racialist” language simply acknowledges racial differences, while “racist” language conveys a sincere negative belief about someone due to their perceived racial identity.

Corlett also teaches the concepts of use-mention and “offensiphobia,” the idea that offensive words should never be written or spoken.

Some of Corlett’s students have jumped to his defense.

“It is clear you are not effective in the course,” Casper claimed in the emails.

But as we reminded SDSU in our letter, Corlett’s use of slurs clearly was pedagogically relevant (citations omitted):

Pedagogically relevant material for these purposes may include words, concepts, subjects, or discussions that some, many, or most students may find upsetting or uncomfortable, including discussion of America’s fraught and unresolved history of racism and discrimination. Faculty members confronting and examining that history must be free of institutional constraints in navigating these issues.

To this end, expressly referencing racial slurs in a pedagogically relevant context is not uncommon—and is properly protected under the basic tenets of academic freedom. Law professors discuss them when teaching the “fighting words” doctrine; journalism professors discuss how to tell stories that involve them;  and sociology professors discuss the impact of these terms in defining who is welcome in various spaces. Colleges and universities that take their commitment to academic freedom seriously recognize the pedagogically necessary distinction between using a racial slur qua a slur, and “using” the slur in teaching about its ramifications.

Also troubling is SDSU’s immediate reassignment of a professor based solely on student complaints about protected speech. This standard incentivizes students to leverage administrators to punish faculty who teach controversial topics or whose approach students dislike. Dean Casper’s rationale, that a small number of student complaints render a professor so “ineffective” as to justify immediate removal from a course, threatens not only faculty’s expressive freedoms but their due process rights as well. Normally, these kinds of drastic interim measures, taken prior to a requisite conduct hearing, are reserved for the most serious circumstances — typically where a professor has made an alleged threat of violence, is accused of sexual misconduct, or has engaged in other conduct so egregious that immediate removal from a course is warranted prior to a hearing.

Some of Corlett’s students have jumped to his defense, including Dorette Ponce who told The San Diego Union Tribune she’s disappointed in the university’s response:

As philosophy majors, this is what we are taught from day one, TO USE CRITICAL THINKING. . . . I am so disappointed in my department and the College of Arts and Letters. I thought we stood for truth and the pursuit of knowledge. I was under the impression that we respected all views and welcomed diversity. But yet, a professor expresses an unpopular minority opinion and he is removed from a course on a subject which he has been teaching, researching and publishing on for 30+ years?

Corlett himself was also quoted by the outlet as defending his use of the terms for educational purposes.

“You have to mention the words in order to explain why they are racist and should not be used,” said Corlett, a 63 year-old Latino. “Some students are confused about what counts as racism. And some are more concerned about being offended than learning about the logic and science of language.”

Whether Corlett’s removal suggests, on SDSU’s part, bitchassness (see above slide), hateration, general stankness — or the mere failure of administrators to read their copy of the Constitution — there’s nothing lost in translation of the law: It’s on Corlett’s side.

Those who are offended by a faculty member’s pedagogical choices are absolutely free to criticize them. And faculty members may take those criticisms under consideration. But, as FIRE has pointed out over and over again, decisions about whether and how to teach controversial material must ultimately lie not with administrators, offended students, or any other triflin’ meddlers who would seize agency from the experts on these matters.

These choices must rest with faculty themselves.