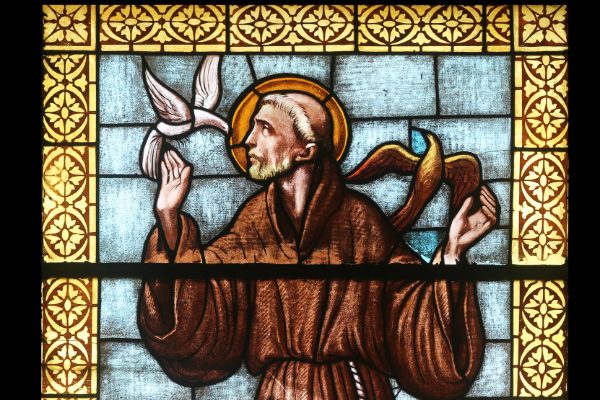 Franciscan University of Steubenville made headlines earlier this year for infringing on its faculty’s academic freedom, after the school banned a professor’s book choice because it portrayed the Virgin Mary in an unflattering light. FIRE criticized the move because the university makes strong promises of academic freedom. But that criticism appears to have gone unheeded, as FUS is now threatening faculty who speak anonymously to the press about the book-banning incident — or anything else.

Last week, Catholic website Church Militant reported that faculty at FUS had been sent a new academic freedom policy that includes the following:

Anonymous communication of facts or opinions about the University to media outlets or other external organizations is unprofessional and unethical, and may be grounds for disciplinary action.

Church Militant also reported on another proposed policy that was circulated and which detailed further restrictions on faculty interactions with the press. This proposed policy, “Resolution of Disagreements Among Faculty,” states in part:

At no time is it appropriate for faculty to breach confidentiality including, but not limited to the following: (1) spreading defamatory material among other faculty, students, or the public; (2) involving media outlets or providing them with anonymous information; (3) announcing information about the situation on social media; or otherwise going outside the circle of parties immediately concerned with the alleged objectionable behavior.

The policy immediately sparked backlash, and some faculty have reportedly begun to retain lawyers in preparation to fight the proposed policy.

Readers of FIRE’s Newsdesk may remember that FUS was in the news back in January when FUS Professor Stephen Lewis lost his position as English department chair for assigning Emmanuel Carrère’s “The Kingdom” in his upper-level English class at the university. The book, which has since been banned from being taught at the university, contained content that some faculty members found objectionable, specifically a sexualized depiction of the Virgin Mary. At the time, Inside Higher Ed confirmed via an anonymous source that Lewis had lost his position as chair of the English department because of the controversy.

FUS’s new proposed policy, rather than righting the wrong of a book ban on campus or reversing Lewis’ punishment, instead doubles down on restricting faculty speech. If implemented, the new policy could have a profound chilling effect, as faculty could conceivably be punished for simply expressing opinions about the university online. The new proposed policy could also scare off future whistleblowers who would want to come forward anonymously to report any impropriety at the university if it should arise.

FUS cannot in good faith promise academic freedom while at the same time banning books, infringing on faculty members’ academic freedom rights, and threatening professors who exercise their right to free expression when they talk to the media. The university must reverse course.

FIRE will be monitoring updates in this story.