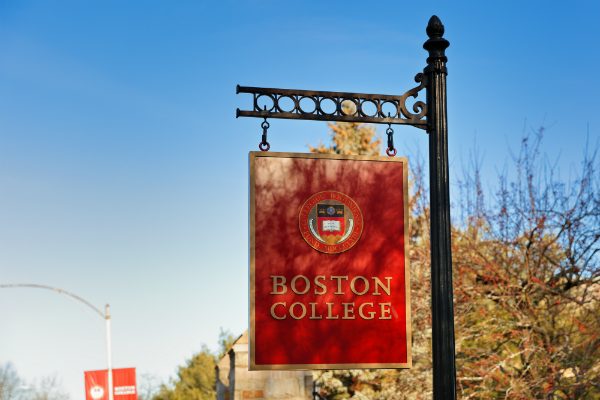 Last week, a panel of the U.S. Court of Appeals for the First Circuit reversed a lower court’s decision to preliminarily enjoin Boston College from suspending a student found responsible for sexual misconduct. In its decision, the panel took the district court to task for, in its view, using a public university due process decision to expand the scope of Massachusetts contract law. The ruling was an unusually harsh rebuke of the district court and a clear illustration of why the courts are often an imperfect vehicle for students seeking relief from unfair campus disciplinary proceedings, particularly at private universities.

After Boston College suspended him for sexual misconduct, the plaintiff brought a breach of contract claim against BC. He alleged that its use of a single-investigator model, which provided him with no hearing and no ability to question his accuser, had violated the requirement under Massachusetts law that contracts be performed with basic fairness. The district court held that Plaintiff had shown a probability of success on the merits of his claim, finding that — particularly in light of the First Circuit’s recent decision in Haidak v. University of Massachusetts – Amherst, 933 F.3d 56 (1st Cir. 2019)  — some kind of opportunity for real-time questioning is necessary to the “basic fairness” required by Massachusetts contract law. In Haidak, the First Circuit held that at a public university, “due process in the university disciplinary setting requires ‘some opportunity for real-time cross-examination, even if only through a hearing panel.’” Haidak, 933 F.3d at 69.

At the preliminary injunction hearing in the BC case, the district court had stated its belief that “a private institution like BC should follow practices that we’ll call fair process that are parallel to due process claims against public institutions.” Doe v. Trustees of Boston College, No. 19-1871, at 9 (1st Cir. Nov. 20, 2019). This is not a novel holding. In June, for example, a Tennessee district court noted, in enjoining Rhodes College from expelling an accused student pending the outcome of his lawsuit against the college, that “[c]learly, courts are not prohibited from protecting against procedural irregularities in school disciplinary proceedings that amount to due process violations.” Doe v. Rhodes College, No. 2:19-cv-02336 (W.D. Tenn. June 13, 2019).

Here, however, the First Circuit took the district court to task for importing constitutional due process standards into a contract case against a private university:

Haidak, which involved a public university and the federal due process clause, was concerned with a different claim. It does not govern this Massachusetts state law issue and provides no basis to depart from the Massachusetts cases we describe below. BC is not a public university or a government actor and is not subject to due process requirements.

Ultimately, the court warned against the dangers of a federal court trying to create new state law. Stating that “[f]ederal courts are not free to extend the reach of state law,” the court held:

This limited role of federal courts in matters of state policy respects the design of our federal system, which allows a “state [to], if its citizens choose, serve as a laboratory; and try novel social and economic experiments without risk to the rest of the country.” New State Ice Co. v. Liebmann, 285 U.S. 262, 311 (1932) (Brandeis, J., dissenting). We give particular respect to state regulation of education, an area in which our “lack of  specialized knowledge and experience counsels against premature interference with the informed judgments made at the state and local levels.” San Antonio Indep. Sch. Dist. v. Rodriguez, 411 U.S. 1, 42 (1973).

The panel that decided this case was an entirely different group of judges from the panel that decided Haidak, so there is no way to know how that panel would have viewed the application of its ruling to a private university case. (Interestingly, two of the judges on the Haidak panel, Judges Selya and Kayatta, were on a panel in another recent case against Boston College that did find the college had violated basic fairness in a sexual misconduct proceeding.) But the decision illustrates just how much discretion private universities have in crafting their own policies and disciplinary procedures, even when those procedures may offend fundamental notions of justice.

This underscores the need for prospective students and their families to familiarize themselves with a private college’s policies and procedures before deciding to attend. Too often, people don’t read these policies until they find themselves entangled in a campus judicial system, at which point it is often too late. While an increasing number of courts have intervened in cases where a private university has failed to follow its own policies or has enforced its policies in a discriminatory manner, the fact remains that private university policies are not subject to the same degree of judicial scrutiny as those at public universities. Perhaps if private universities with unfair disciplinary policies began to see applications—or donations— drop as a result of those policies, they would take notice.