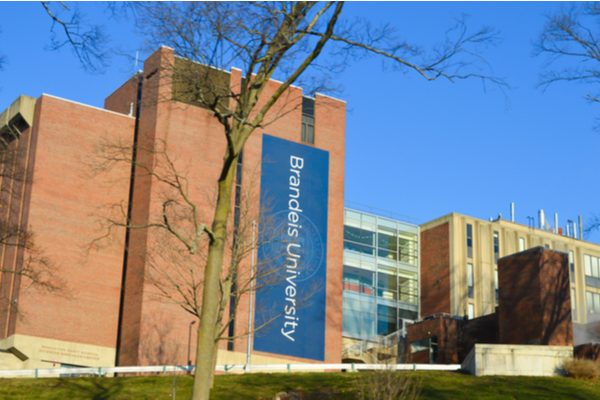 Universities around the world have been met with increasing challenges while discussing issues sensitive to China’s government, like Tiananmen Square or Hong Kong, especially as events and classes have been forced online and have exposed speakers to heightened internet censorship. U.S. campuses are not immune from these challenges either, as a recent incident at Brandeis University illustrates.

On Nov. 13, Brandeis held a Zoom panel titled “Cultural Genocide: An Overview of Uyghurs in Xinjiang, China” to discuss China’s treatment of its Uyghur Muslim population. The event featured panelists including James Millward, professor of inter-societal history at the Walsh School of Foreign Service at Georgetown University, and Rayhan Asat, an attorney, advocate, and sister to a Uyghur businessman imprisoned in China.

The event faced problems even before it went live. According to The Brandeis Hoot, “[t]he Chinese Student and Scholars Association (CSSA) club posted in the group’s WeChat page with concerns about how the panel might negatively influence the Chinese community at Brandeis.” The post included a template letter to be sent to Brandeis officials, which stated: “I do support freedom of speech in this community. However, concerns are raised about the negative influence this panel will bring to the Chinese community in Brandeis, since the information in the panel may be based on false or unconfirmed information.” The letter goes on to say:

I believe Brandeis makes a lot of effort on encouraging campus diversity and supporting equity in higher education. I hope that my concerns will be send [sic] to the people who are responsible for this event, and for all future panels about topics related China to be established on impartial standpoints. As a Chinese student in Brandeis University, I hope the university will respect my country and not treat it as a target for condemnation.

Millward shared on Twitter that Brandeis’ president and the Office of Diversity, Equity and Inclusion did receive copies of those letters — it’s unclear how many — but did not choose to cancel the event.

Voice of America, which wrote about the panel, said it had “confirmed that the template of the letter sent to Brandeis appears to be the same as one distributed by the school’s Chinese Students and Scholars Association (CSSA).”

FIRE is glad to see that Brandeis did not interfere with the event after it prompted complaints. Universities should not be in the business of policing whether campus discussions are “impartial” on the topic of China or other subjects, nor should they interfere with campus community members’ right to speak openly about global political matters. Indeed, Rory Truex, assistant professor of politics and international affairs at Princeton University, pointed out late last year in The Atlantic that U.S. campuses “are among the only spaces where this can occur” as China’s power to censor global conversations increases, a trend FIRE tracks on campuses.

While the event at Brandeis was able to go forward, it didn’t do so without disruptions. The event was reportedly Zoombombed repeatedly by attendees who played China’s national anthem over speakers and wrote over their presentation. Asat tweeted a picture of her screen from the event, which shows comments including “FAKE NEWS,” “Bullshit,” and “hypocritical” scribbled over her slides. Millward called it a “[c]oordinated disruption.”

Yesterday, I was giving a presentation at @BrandeisU via @Zoom. A #Chinese student hijacked my screen & kept writing all over to prevent me keep continuing. It was a tough moment. I still maintained my professionalism and called for civility and respect for academic freedom. pic.twitter.com/utfwcEW8Ao

This panel is not the first to face cancellation or disruption attempts for focusing on a topic sensitive to China, and it is unlikely to be the last. When other universities encounter demands that they interfere with an event due to its controversial nature, they should follow Brandeis’ lead. U.S. universities offer some of the strongest protections for expression and discussion in the world, and it’s vital that they stand by these protections when pressured to deviate from them for the sake of censoring difficult political conversations like those about China.