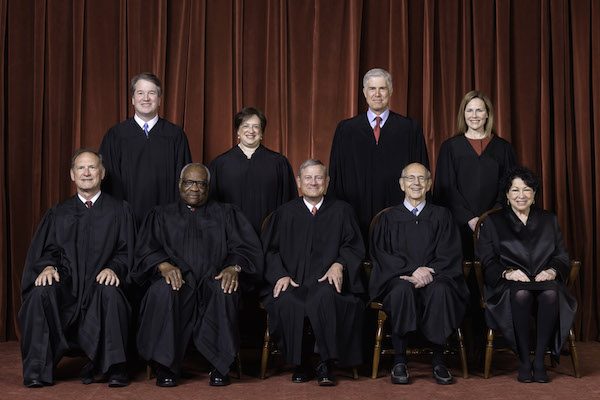 The just-released issue of the Brooklyn Law Review contains some 350 pages of discussion and analysis of the First Amendment free speech record of the Roberts Court. These detailed accounts provide a comprehensive account of the Court, its jurists, opinions, and the lawyers who argued the 58 First Amendment free speech cases decided by the Roberts Court between 2005 and 2021.

“There’s no doubt that the New York Times screwed this up,” said Bill Grueskin, a professor at Columbia University’s Graduate School of Journalism.

When Donald J. Trump called for scrapping laws that offer the news media broad protection from libel suits — “We’re going to have people sue you like you’ve never got sued before,” he said in 2016 as he was running for president — many journalists and the lawyers who defend them brushed it off as an empty threat.

But a libel case that begins Monday in federal court in Lower Manhattan, Sarah Palin v. The New York Times Company, shines a spotlight on the many ways that Mr. Trump’s seemingly far-fetched wish may no longer be so unthinkable. 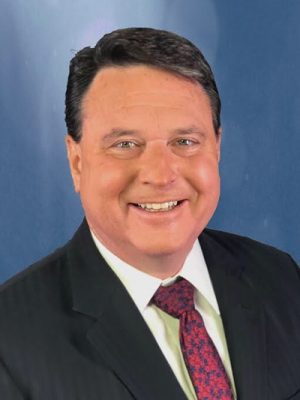 A lawsuit filed Monday by the American Civil Liberties Union of Indiana on behalf of an Indianapolis-based journalist alleges Attorney General Todd Rokita violated the First Amendment when he prohibited the journalist from attending his press conferences.

The complaint says Abdul-Hakim Shabazz was denied entry to Rokita’s news conferences beginning in October 2021, despite having an official media credential.

Rokita’s office released a statement following the Oct. 14 news conference saying Shabazz was a gossip columnist and not an actual journalist, according to the complaint. Shabazz is the editor and publisher of Indy Politics, the host of “Abdul at Large” on WIBC and the host of Indiana Issues, a statewide radio public affairs program.

Book on COVID-19 and censorship 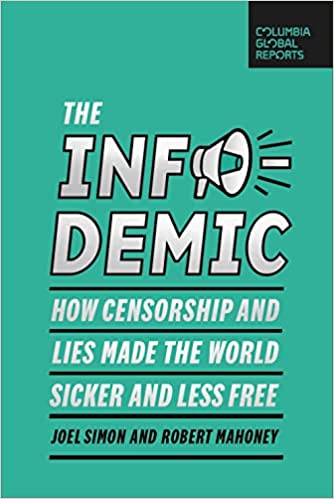 As COVID-19 spread around the world, so did government censorship. The Infodemic lays bare not just old-fashioned censorship, but also the mechanisms of a modern brand of “censorship through noise,” which moves beyond traditional means of state control—such as the jailing of critics and restricting the flow of information—to open the floodgates of misinformation, overwhelming the public with lies and half-truths.

Joel Simon and Robert Mahoney, who have traveled the world for many years defending press freedom and journalists’ rights as the directors of the Committee to Protect Journalists, chart the onslaught of COVID censorship beginning in China, through Iran, Russia, India, Egypt, Brazil, and inside the Trump White House. Increased surveillance in the name of public health, the collapse of public trust in institutions, and the demise of local news reporting all contributed to help governments hijack the flow of information and usurp power. Full of vivid characters and behind the scenes accounts, The Infodemic shows how under the cover of a global pandemic, governments have undermined freedom and taken control—this new political order may be the legacy of the disease.

Forthcoming book on dissent and art

Resist tells the story of art used as a form of rebellion, political protest and resistance.

This fully illustrated book brings together stories from throughout history to the present day to show the impact and importance of artistic dissent and opposition. 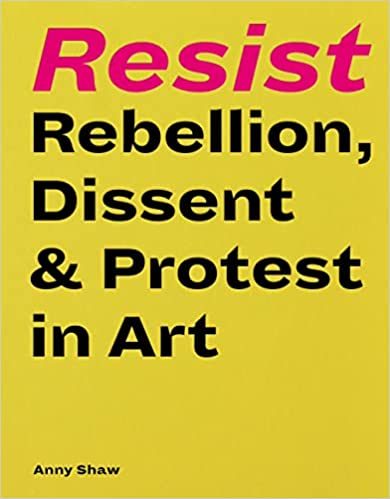 The artists featured differ in nationality, age, gender, race and circumstance but all use their work and voice to oppose abuse of power, social injustice and inequality.

With insightful text from art theorist Anny Shaw alongside stunning full page reproductions of the artworks and beautiful archive photography, this book is as visually attractive as it is thought-provoking, and also contains interviews with artists themselves on the impact of their work and their motivations for agitating against the status quo.

Powerful, moving work by artists such as Picasso, Barbara Kruger, Guerrilla Girls, Dread Scott and Ai Weiwei demand attention, call for change and give us hope in the possibility to create a better world.

Forthcoming book on the history of Oklahoma and the First Amendment 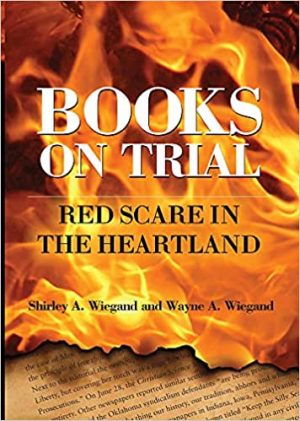 Between the two major red scares of the twentieth century, a police raid on a Communist Party bookstore in Oklahoma City marked an important lesson in the history of American freedom.

In a raid on the Progressive Bookstore in 1940, local officials seized thousands of books and pamphlets and arrested twenty customers and proprietors. All were detained incommunicado and many were held for months on unreasonably high bail. Four were tried for violating Oklahoma’s “criminal syndicalism” law, and their convictions and ten-year sentences caused a nationwide furor. After protests from labor unions, churches, publishers, academics, librarians, the American Civil Liberties Union, members of the literary world, and prominent individuals ranging from Woody Guthrie to Eleanor Roosevelt, the convictions were overturned on appeal.

Shirley A. Wiegand and Wayne A. Wiegand share the compelling story of this important case for the first time. They reveal how state power―with support from local media and businesses―was used to trample individuals’ civil rights during an era in which citizens were gripped by fear of foreign subversion.

Richly detailed and colorfully told, Books on Trial is a sobering story of innocent people swept up in the hysteria of their times. It marks a fascinating and unnerving chapter in the history of Oklahoma and of the First Amendment. In today’s climate of shadowy foreign threats―also full of unease about the way government curtails freedom in the name of protecting its citizens―the past speaks to the present. 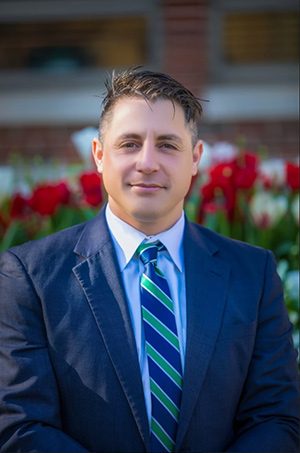 Defamation law occupies a privileged position in our constitutional order. Despite grave First Amendment concerns, courts around the country routinely muzzle speech to protect good-name interests. Yet, to a growing movement of reformers, this protection is still too weak. With calls reverberating across the political spectrum—emanating from the President, the Supreme Court, scholars, and pundits—there is a growing pressure to reshape defamation law. In all of this, one crucial question remains unanswered: what is the purpose of defamation law?

The most sustained attempts to answer this basic question vacillate between three purposes: protection of honor, dignity, or property. Helpful as they are, these attempts ultimately fail to explain the particular doctrinal architecture of defamation law or to offer a clear vision as to its future design. They leave us bereft of a general understanding in a time of great need. What these accounts lack is what sociologists such as Weber and Veblen have long understood. We care about our good name so much not because it represents our property or even dignity, but because it captures a fundamental human need: social status.

Status theory has immediate practical importance. This is demonstrated in the context of bigoted defamation cases where the prevailing intellectual fog allowed judges to render decisions that either embraced bigoted status hierarchies or whitewashed them. Status theory exposes the faulty logic underlying these decisions. It offers modern judges a sound footing to reach the right decisions in bigoted defamation cases. And most critically, status theory furnishes judges and legislators with a tool to dismantle bigoted racial and ethnic hierarchies.

New scholarly article on labor unions and the First Amendment

This Article conceptualizes a novel basis for defending laws that strengthen labor unions from First Amendment challenge: the argument that these laws are adequately tailored to advancing a compelling state interest in reducing economic inequality’s transmission into political inequality. The Article makes two principal contributions. First, it updates criticisms of the Supreme Court’s campaign finance decisions’ rejection of any compelling interest sounding in political equality. The Article does so by bringing recent constitutional scholarship to bear on that criticism and by explaining how recent improvements in social scientists’ ability to track different economic brackets’ political influence call for the Court to reexamine the prudential concerns that motivated the Court to reject such an interest. Second, the Article is novel in conceptualizing how the interest in reducing economic inequality’s transmission into political inequality could provide a basis for defending union-strengthening laws that have faced, currently face, or may soon face First Amendment challenge.

To show that such laws are quite plausibly adequately tailored to advancing this interest, the Article explains how unions reduce wealth-based distortions of political influence both by reducing economic inequality through collective bargaining and by organizing political power among low-income and middle-class workers. This dual mechanism distinguishes union-strengthening laws from other methods of reducing wealth-based political inequality. The Article focuses especially on showing why this distinction means proposals to reduce economic inequality through tax and transfer are likely not less restrictive alternatives to First Amendment-impinging laws that strengthen unions.

NBA star Enes Kanter Freedom knows the cost of censorship. When he started speaking out against the government of his native Turkey, Turkish officials put his dad in jail, revoked his passport, and forced his family to disown him. In a captivating new advertising campaign from the Foundation for Individual Rights in Education, set to air during the Olympic Games, Kanter Freedom shares his story and highlights the importance of freedom of speech.