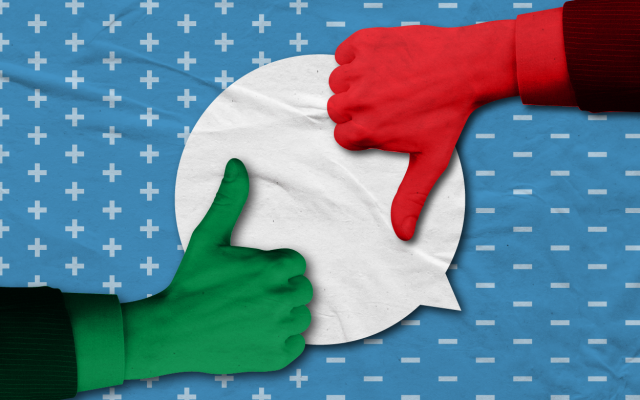 When Washington Post reporter David Weigel retweeted a joke in early June, he probably didn’t expect to be suspended without pay for a month, or for it to lead to a newsroom blowup culminating in another reporter’s firing and a very public black eye for the Post.

Comedian Dave Chappelle probably didn’t expect to have his show at First Avenue in Minneapolis canceled last week either — but given reactions to his jokes about transgender issues, he probably wasn’t surprised it happened somewhere. Chappelle can’t really be “fired,” of course, and he performed at a nearby venue the same week.

Cancel culture never does stop exactly where our individual senses of moral judgment — all of which differ, of course — might suggest.

Some view these cancellations as success stories: They see the widespread chilling of “bad” speech as a desirable outcome, ridding our public square of everything from hate to poor taste. But cancel culture never does stop exactly where our individual senses of moral judgment — all of which differ, of course — might suggest. Just ask Felicia Sonmez, the reporter who “called out” Weigel’s tweet. Surely, she didn’t anticipate that her own job would become collateral damage in what she saw as a righteous attempt to get her colleague punished. Who would?

Surveys show that most Americans are concerned about the implications of our nation’s crash dive toward a puritanical social environment in which employers, colleges, and cultural institutions of all kinds are quick to punish, deplatform, suspend, and/or fire people, rightly identifying cancel culture as “a growing threat to our freedom.” Yet, the idea of free speech is often mischaracterized — in the style of Marxist philosopher Herbert Marcuse — as a tool of oppression that privileges the powerful.

Marcuse criticized the liberal idea that speech should be tolerated on a neutral basis. “[T]olerance mainly serves the protection and preservation of a repressive society,” he wrote, believing people could reliably identify bad speech and should attempt to root it out. In that vein, he advocated for a tactical, selective, “tolerance” which privileges some speech over other speech, conveniently using his own subjective moral framework as the barometer by which speech is judged worth tolerating. “Liberating tolerance,” he wrote, “would mean intolerance against movements from the Right and toleration of movements from the Left.”

His philosophy is becoming mainstream. Op-eds from major news outlets regularly describe appeals to free speech as “dog whistles” designed to empower fringe political groups or as “weapons” used to undermine virtuous social movements. Universities construct vague policies that conflate protected speech with violence or harassment. Companies encourage workplace orthodoxy by taking public stances on contentious issues. Too many institutions, implicitly or explicitly, have onboarded the message that we can reliably identify “bad” speech and must make every effort to shut it down.

What’s in it for the institutions?

Powerful institutions and Marxist social theory, which advocates challenging the powerful, make a paradoxical pairing. Surely the leaders of these institutions, many of which are very distinctly profit-seeking capitalist ventures, must know this. So why has it gone mainstream?

In the absence of a culture that champions a principled defense of free speech, institutions not legally obligated to uphold free speech are, in the short term, incentivized to implement and enforce policy in whatever direction the social wind blows, strategically capitulating to the loudest voices.

Normalizing the idea that institutions should “cancel” people for unpopular speech hands those institutions an expanded breadth of discretionary power.

In this, institutions can count on backup from those who play down the effects of their decisions — at least when those decisions impact someone they don’t like. “Cancel culture is overblown. You yourself said that Chappelle was able to perform the same week at a different venue!” This conveniently overlooks the fact that when it comes to comedy, Chappelle is the powerful. He’s already wealthy, massively popular, and can book and fill a show in less than a day. It’s similar for many of the famous figures in entertainment and culture whose cancellations make the news, yet who seem mostly to make out all right.

But that misses the real message that these cancellations send: “If this can happen even to a Washington Post reporter, or to a famous comedian — powerful and influential people, compared to most Americans — imagine what will happen if you, a nobody, crosses the line we set.” The message isn’t aimed at Dave Chappelle or even Dave Weigel: Its real target is the average American, and their hostility toward cancel culture shown by poll after poll indicates that that message is coming through loud and clear.

Normalizing the idea that institutions should “cancel” people for unpopular speech hands those institutions an expanded breadth of discretionary power. Left free to selectively enforce policies in the manner those in charge find most palatable or convenient, the powerful are further empowered to crack down on anything they don’t like, from bad jokes and unorthodox opinions to critiques of bad governance and exposure of corruption. This might be a good deal for those running the institutions; it’s a bad deal for everyone else.

You can engage in cancel culture – but should you?

Amidst the Weigel controversy, FIRE President and CEO Greg Lukianoff tweeted, “A lot of people have asked me today the distinction between free speech law & #freespeech culture. Free-speech culture means, for example, being hesitant to suspend a journalist for RTing a joke. It doesn’t mean they can’t, but rather a thumb on the scale for that they shouldn’t.”

Bad speech is better handled through criticism, not cancellation.

A free speech culture is not one dominated by fear and shame, in which those who transgress unspoken rules are rapidly sanctioned, leading to the self-silencing of countless others. It is one in which people and institutions, by-and-large, choose to refrain from trying to silence those with whom they disagree or find offensive, recognizing that bad speech is better handled through criticism, not cancellation.

It’s a culture characterized by a widespread recognition of the importance of free speech for all, even those with whom we disagree, if for no other reason than because we understand that cancel culture doesn’t stop where our own opinions and tastes begin.

And it’s not a zero-sum game.

The expression of one perspective does not necessitate the repression of another. A video in FIRE’s new national ad campaign, “Faces of Free Speech,” featuring former NFL player and U.S. Army Green Beret Nate Boyer, powerfully illustrates this point. In the ad, Boyer describes a conversation he had with Colin Kaepernick after penning an open letter expressing his complicated feelings about the football player’s decision to kneel during the national anthem. During their discussion, Kaepernick asked Boyer to kneel with him. “I told him, I can’t do that,” said Boyer, “but I would stand next to him.”

Boyer’s decision to stand didn’t undermine Kaepernick’s decision to kneel, or vice versa. In a free speech culture, we can have our speech and hear others’ too. That’s why FIRE has spent two decades defending the rights of students and faculty from across the political spectrum, from advocates of animal rights and of universal healthcare, to critics of the Chinese government and of land acknowledgements, and is now expanding its mission to defend free speech principles off campus as well.

“You don’t have to always like how people choose to express their freedoms,” said Boyer, “but we were both willing to just have a conversation. That’s what freedom of speech is.”