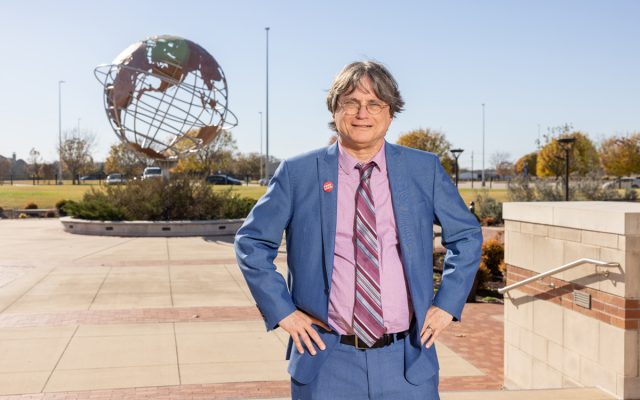 Michael Phillips is an award-winning history professor at Collin College in McKinney, Texas. As an expert on the history of race relations, Phillips spoke out in the media advocating for removing Confederate monuments in Dallas. Two years later, he granted a media interview about a racially motivated shooting in El Paso by a former Collin College student. Collin College administrators disciplined Phillips because his comments to the press made the College “look bad” and violated a directive by the president forbidding faculty from speaking about the shooting.

Collin College continued its unconstitutional campaign against Phillips during the COVID-19 pandemic after Phillips spoke out about the College’s response to the pandemic on his personal social media. In reference to the College’s decision to open for in-person learning in the fall of 2020, Phillips posted, “[T]hat feeling when your employer doesn’t value your health and safety.” Phillips also publicly shared a slide in which College faculty were told they could not request, require, or recommend wearing masks at the beginning of the fall 2021 term. Phillips later recommended masking in a history course covering the history of pandemics and preventative measures. Ultimately, Collin College terminated Phillips, citing his speech.

Public institutions like Collin College are bound by the First Amendment. Firing faculty because of their speech on public issues to journalists or on social media — particularly when those comments are about their area of expertise — violates the First Amendment. Moreover, the policies under which Collin punished Phillips and other faculty are unconstitutionally vague and overbroad, stifling robust debate and critical thinking on campus.

On March 8, 2022, Phillips — represented by FIRE — sued Collin College and its officials challenging his termination and the policies that require faculty to get a permission slip before speaking to the press and force professors to be publicly complimentary of the College. These policies, coupled with Collin College’s lack of a tenure system for professors, mean Phillips and other faculty have no protection when the College retaliates against them for exercising their First Amendment rights. With his lawsuit, Phillips hopes to stand up for the expressive rights of faculty at Collin College and across the country, and end the administration’s custom and practice of terminating faculty for their protected expression.

LAWSUIT: A history professor advocated for removing Confederate statues. Then his college fired him.