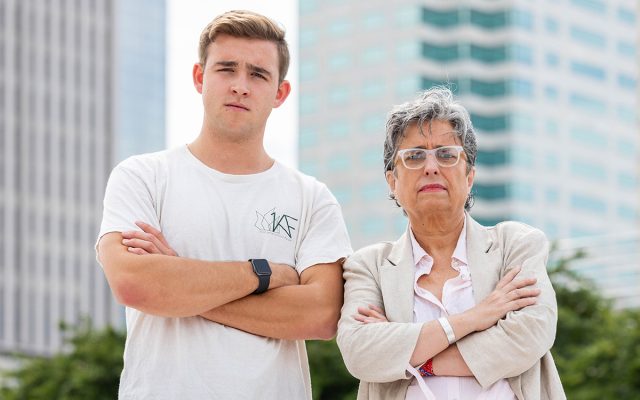 Florida Board of Governors: Florida Law Restricting How College Professors, Students Can Discuss Race and Sex

More than a half-century ago, the Supreme Court recognized that the First Amendment “does not tolerate laws that cast a pall of orthodoxy over the classroom,” where “truth” is discovered not by “authoritative selection,” but “out of a multitude of tongues.” In a remarkable retreat from Florida’s Campus Free Expression Act, which recognized that universities should not “shield” students from “uncomfortable, unwelcome, disagreeable, or offensive” opinions,  Florida’s “Stop WOKE Act” imposes precisely the “pall of orthodoxy” that the Supreme Court warned about decades ago.

The Stop WOKE Act prohibits “instruction” on eight specific “concepts” related to “race, color, national origin, or sex.” Fla. Stat. § 1000.05(4)(a). For example, the Stop WOKE Act unlawfully restricts discussions of whether individuals are unconsciously biased based on their race or sex; whether certain virtues — including “merit, excellence, hard work, fairness, neutrality, objectivity, and racial colorblindness” — are racist; and whether particular races or sexes inherently have certain privileges or disadvantages. But in dictating to faculty and students what ideas may be considered in a college classroom, Florida’s political leaders have run headlong into the First Amendment.

On August 6, 2022, a University of South Florida professor of history, undergraduate student, and student organization — represented by FIRE — sued in federal court to challenge the Stop WOKE Act for violating their constitutional rights.

In order to comply with the law, Professor Adriana Novoa must refrain from advancing arguments from certain readings and lecture topics. Sam Rechek, an undergraduate student seeking to take Professor Novoa’s courses, cannot engage in full and frank discussion of race in modern society with his professors if he fears that a professor’s response to his questions may be reported to administrators or government officials for formal action. Sam also leads USF’s First Amendment Forum, a student group committed to promoting the value of free speech on campus. Forum members no longer have access to information unfettered by ideologically-driven filters imposed by political officials.

The lawsuit names Florida State Board of Education Commissioner Manny Diaz Jr., USF trustees, and other state education officials as defendants and seeks a court order stopping enforcement of the Stop WOKE Act and declaring it unconstitutional. With this lawsuit, Professor Novoa, Sam, and the Forum hope to remind the Florida government that it cannot impose ideological filters on what its citizens learn, teach, believe, and express.