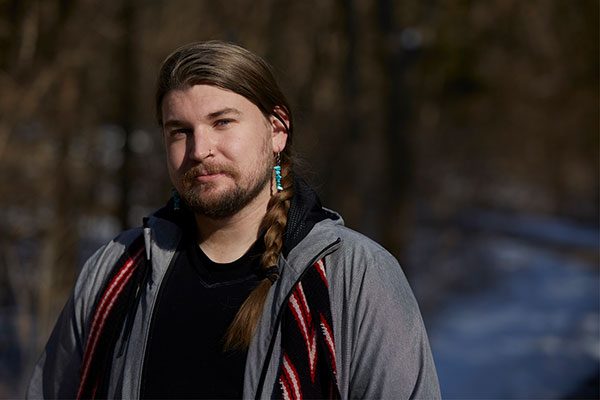 In the fall of 2020, student journalist Jared Nally drew the ire of Haskell Indian Nations University President Ronald Graham. After Nally’s reporting criticized Haskell, Graham issued a “Directive” forbidding Nally from engaging in standard newsgathering activities like recording interviews or asking questions of public officials. Graham’s Directive threatened Nally with discipline if he engaged in these and other constitutionally protected activities, or failed to show members of the Haskell community the “highest respect.”

Graham’s threat referenced Haskell’s Code of Student Conduct, which promises students the expressive rights they are due under the First Amendment — with a catch. Under Haskell’s Campus Expression policy, student speech is only permissible if it is “consistent with Haskell’s CIRCLE values,” namely, Communication, Integrity, Respect, Collaboration, Leadership, and Excellence. But the First Amendment cannot take a back seat to amorphous, subjective values like “integrity” or “respect.” Haskell rescinded the directive — but only after a letter from FIRE, the Native American Journalists Association and the Student Press Law Center, and an inexcusable 90-day delay, due to an “administrative error.”

Haskell also imposed financial and administrative hurdles to the operations of The Indian Leader, the award-winning student newspaper of which Nally is editor-in-chief, as a result of their reporting. Without any notice or explanation, Haskell withheld more than $10,000 from the paper’s expected funds. Since January 2020, even after repeated requests, Haskell has only provided the paper with access to its student bank account a handful of times. The paper has not been able to regularly or reliably access the account or the funds therein, making it impossible to budget its operations. Haskell has also failed to recognize The Indian Leader as an official student organization, even though the paper submitted its required renewal materials at the beginning of September.

On March 2, 2021, on the heels of Student Press Freedom Day 2021, Nally and The Indian Leader — represented by FIRE — sued Haskell, Graham, and federal officials challenging Graham’s retaliation against the plaintiffs for engaging in protected activity as well as the university’s policies on student expressive rights. In bringing this lawsuit, Nally and The Indian Leader seek to hold Haskell’s leadership accountable for flagrantly violating clearly established First Amendment rights — and make sure students and student journalists at Haskell and nationwide can ask questions, report the news, and talk with each other about what matters most to them.

Graham was removed from his post as President of Haskell in May 2021 amidst controversy surrounding the state of freedom of expression at the university. On May 19, FIRE filed a preliminary injunction to enjoin Haskell from enforcing the Campus Expression Policy. The very next day, Haskell repealed the policy and adopted a Free Expression Statement.

On February 8, 2022, the court entered a consent decree against Haskell mandating sweeping reforms that will protect the rights of students at Haskell, and ensure The Indian Leader can continue its history of award-winning student journalism. The order, which is consistent with an agreement between the parties, forbids Haskell from retaliating against students for protected expression the way Graham retaliated against Nally. Under the order, Haskell also has to provide the student newspaper with insight into its funding, including a way to independently verify whether there is a shortage of funds. Finally, the order mandates that Haskell not reinstate the Campus Expression Policy, or any similar policy restricting student speech. The consent decree resolves all but one claim in the lawsuit, Nally and The Indian Leader’s damages claim against Graham, which was dismissed in July 2021.

FIRE appealed dismissal of Nally and the Indian Leader’s damages claim to the United States Court of Appeals for the Tenth Circuit. On June 13, 2022, FIRE dismissed the appeal in light of the Supreme Court of the United States’ decision in Egbert v. Boule, in which the Court held that there is no damages claim for First Amendment retaliation against federal officials.

Haskell Indian Nations University: Dear student journalist, we forgot to tell you that you can talk again.

The Indian Leader was censored [VIDEO]

FIRE Complaint to the Department of the Interior, Office of the Inspector General

Joint Motion for Entry of Judgment on Claims One, Two, and Four through Seven

Plaintiff’s Motion for Preliminary Injunction on Claims 4 and 5