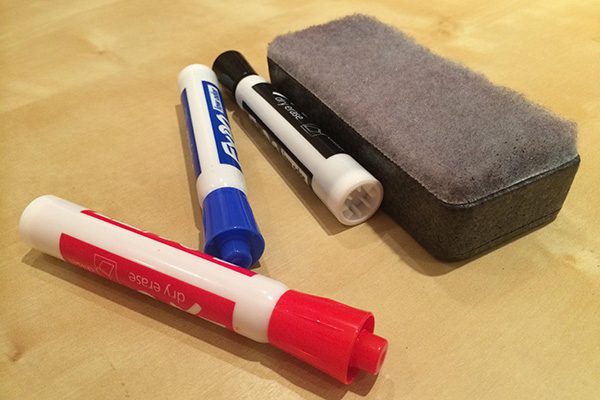 EDITOR’S NOTE: This is part eleven of a multi-part series updating developments since the publication of “The Coddling of the American Mind: How Good Intentions and Bad Ideas are Setting up a Generation for Failure” (2018).

In “The Coddling of the American Mind,” we identified six causal threads that, when combined, can explain why Generation Z, who started showing up on campus around 2013-14, were so different from their predecessors, particularly in their attitudes about freedom of speech, morality, and mental health.

During our discussion of the fifth causal thread, the “Bureaucracy of Safetyism,” we covered an institution on the modern campus that graduates from prior generations may not have encountered: specialized departments tasked with receiving, investigating, and resolving accusations of bias on campus. While they can come under a variety of names (such as Bias Incident Support Services, Bias Education and Response Team, Bias Incident Response Group, Inclusive Community Response Team, etc.), they are generally collectively known as Bias Response Teams.

BRTs began to emerge toward the end of the first great age of campus speech codes, roughly 1985 through 1995. They seem to have been a response to the defeats of speech codes in the courts. Speech codes are attempts to legally prohibit offensive speech; as courts have consistently held, the vast majority of offensive speech is constitutionally protected, and thus cannot be prohibited. BRTs were part of the “second wave” of campus speech regulation; instead of outright prohibiting speech, campuses have merely empowered a group to act as de facto speech police, in the name of tolerance, education, awareness, and a chance to give those impacted by bias an opportunity to report without fear of retaliation.

While those are laudable goals, they can’t be prioritized over the obligation to respect freedom of speech. In general, BRTs try to stay just barely on the constitutional side of the fence dividing censorship from free expression.

And while some versions of BRTs are clearly within the bounds of the law, almost all of them establish a kind of “orthodoxy,” a series of norms that must not ever be challenged. That may be the deepest problem with even the most defensible BRTs. But “just barely legal” is still legal, and suing a school over a “barely legal” BRT could potentially lead to a court decision that leaves campus First Amendment protections in worse shape overall.

How well any given BRT manages to stay within the permissible lines varies greatly from case to case. Some BRTs are unconstitutional by their own language, also known as “facially unconstitutional,” such as Longwood University’s BRT and its mission to respond to bias-motivated “conduct, speech or expression” that “does not involve a criminal act.” As a public institution, Longwood’s creation of an office to “respond” to a specific category of speech it doesn’t like based on viewpoint amounts to censorship with extra steps. 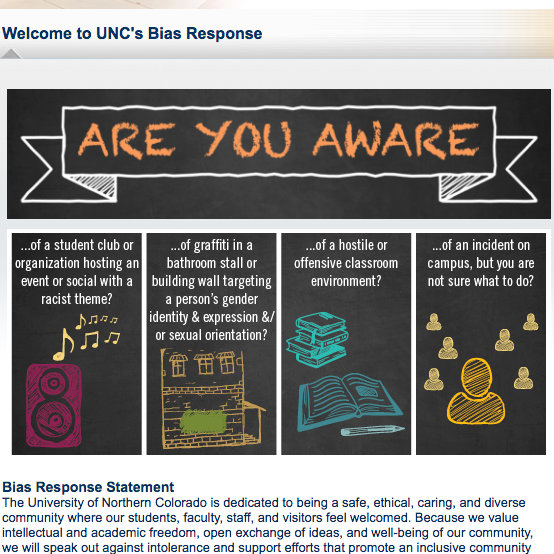 Screenshot from the University of Northern Colorado's BRT reporting page from 2016.

Other BRTs are organized in a way that appears constitutional in theory, but operate in ways that are unconstitutional in practice. One example was the now-shuttered team at the University of Northern Colorado, which was organized to hear concerns from students about campus inclusivity but ended up advising multiple professors to stop discussing certain topics.

Even in those cases where BRTs are organized properly and stay on the lawful side of the fence, creating university offices devoted to investigating expression that may create a “hostile learning environment” will create a substantial chilling effect on the speech subject to investigation. That reinforces an orthodoxy, which undermines the mission of higher education.

BRTs really seemed to take off about 15 years ago. I was first made aware of them in a presentation at the Association of Student Judicial Affairs (now the Association for Student Conduct Administration) as a program that was designed to police what students living in the dorm wrote on each other’s dormitory whiteboards. Often this was banter among friends, frequently involving crude jokes. The most amazing thing was the evidence showed that policing of whiteboard jokes (in some cases, literally calling the police) actually increased “intolerant” behavior (read: crude jokes) in the dormitory in which it was attempted. But the whiteboard police were undeterred.

As I explained in my 2012 book, “Unlearning Liberty: Campus Censorship and the End of American Debate”:

When I spoke at Claremont in 2011, I was told by students that the policy had become something of a joke among students, who would chuckle when administrators sent grave-sounding emails announcing that someone had called a friend a “foxy lesbian” on her dry erase board, or explaining in excruciating detail a reference to a joke from South Park. (The joke, for those of you who know the show, was “Scissor me, Xerxes.”)

Meanwhile, the University of Georgia’s residence hall program required resident assistants to call the police to address violations of UGA’s “Acts of Intolerance” policy … [B]etween August 1 and September 27, 2010, eight police reports were filed for “acts of intolerance,” including the words “Dick and Sideboob” and “Fire Crotch” written on the dry erase board of a student’s door. It is downright strange to read a police report that explains with solemnity that a student had changed a sign that read “WELCOME TO BOGGS 3RD FLOOR” to “WELCOME TO BOOBS 3RD FLOOR.”

Like all the concepts we talked about related to the bureaucratization of campus, BRTs have undergone substantial “mission creep,” with sweeping power evolving out of narrowly defined tasks. FIRE Research Fellow Komi German’s forthcoming book includes illustrative examples.

For example, Komi notes the changes to the University of Oregon’s BRT, as outlined in a 2017 report from an academic senate committee. In 2003, their BRT’s mission was to respond to “bias” already broadly categorized as “abuse, violence, harassment, intimidation, extortion, use of vulgarity, cursing, [or] making remarks of a personally destructive nature toward any other person[.]” By 2007, it reached “anything that is said or done that you find discriminatory or offensive[.]” Since 2015, it reaches anything that “is a threat to the well-being of a person and/or community,” including microaggressions.

Even if these mission statements were amenable to logical and consistent construction, BRT members may not have a clear sense of where their role ends and First Amendment protections begin. In a UNC-Charlotte study, some BRT members described their roles:

All of these are unconstitutional. 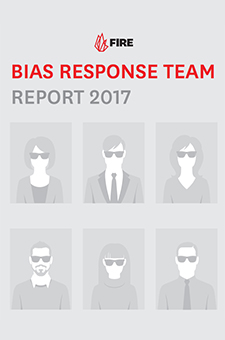 Vague, ever-expanding BRT missions and members without a clear understanding of the First Amendment are a recipe for problems. But even beyond that, many teams are structured in ways that make punishing speech more likely, or make due process impossible.

In 2017, FIRE published the first ever comprehensive report on BRTs, surveying 231 teams. Of those, 42% reported speech to law enforcement, making their solicitation of non-speech reports especially troubling. Fewer than a third included faculty members, who would be the people most likely to understand the threats posed to academic freedom.

They frequently record accusations without providing a method of contesting their reports or even identifying the accusing party. Vague accusations of racism rooted in innocuous behavior is an exceptionally common feature of cancellation attempts. In promising to punish (potentially with police help) accusations of racism while obscuring the identity and motives of the accuser, BRTs are perfect engines for ideological abuse.

We saw some examples of that prior to COTAM’s publication, including:

Since COTAM came out, cases like this have continued, including:

Speech First has settled four of the five cases it has filed thus far, securing two important wins. In Sept. 2019, the U.S Court of Appeals for the Sixth Circuit reversed a lower court loss and sided with Speech First by finding that the group had standing to challenge the University of Michigan’s bias response team. The court concluded that the group’s members “face an objective chill based on the functions of the Response Team,” which “acts by way of implicit threat of punishment and intimidation to quell speech.” The university settled with Speech First the following month, agreeing to end its BRT.

After Speech First sued the University of Illinois, the university entered a settlement that includes agreeing its BRT can not impose disciplinary sanctions on students, including if students refuse to talk to the BRT at all. The University of Iowa similarly rescinded offensive policies to settle that case. The case against the University of Central Florida, filed last month, is still pending.

Speech First’s admirable success in shutting down unconstitutional BRT abuses may mean a trend in the direction of campuses choosing to interfere less with student expression. If BRTs evolve the way speech codes have, however, Speech First can expect a long, ever-changing fight.

Next in “Catching Up With ‘Coddling’,” we’ll look at more examples of campus censorship that have nothing to do with the tedium of the culture wars — media gag orders, trademark abuse, and administrators throwing student newspapers in the trash, oh my!