EDITOR’S NOTE: This is the fifth part of a multi-part series updating developments since the publication of “The Coddling of the American Mind: How Good Intentions and Bad Ideas are Setting up a Generation for Failure” (2018).

When Jonathan Haidt and I decided to write “The Coddling of the American Mind” (COTAM), I wouldn’t have guessed that the final product would focus so much on parenting. But the more research we did, the more evident it became that many of the peculiarities of Generation Z (or, as Jean Twenge dubbed them, iGen) come from dramatic changes to parenting.

Simply put, for the type of kids who end up going to elite colleges, parenting has shifted from fairly relaxed and permissive (in, say, the ‘80s and ‘90s) to being far more intensive, scheduled, and controlled. At its best, it can be called “authoritative parenting”; at its worst, it deserves the more derisive moniker sometimes leveled against it, “helicopter parenting.”

We went into the book knowing we weren’t parenting experts, so we consulted four key experts (as well as getting advice from many others):

Since the book was published, I’ve continued my deep dive into parenting literature, and I believe four books in particular have been the most important to our thesis. We will cover three here, and the fourth in “Catching up with ‘Coddling’” part six.

“Achtung Baby: An American Mom on the German Art of Raising Self-Reliant Children” by Sara Zaske 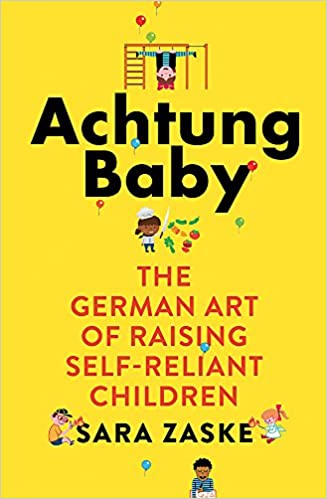 “Achtung Baby” came out right as we were finishing the book and just missed the final cut. It is the story of an American mother who ends up raising her two small children in Germany and is introduced to a culture that has committed itself to fostering independence — and selbständigkeit, or self-reliance — in its young people. After almost seven years, Zaske returned to the United States and was horrified to find how comparatively uncreative, regimented, and stress-inducing her kids’ new grade school in California was.

Most importantly for me, she emphasizes that German parents are not magically inoculated from the desire to over-protect their children. Instead, German parents resist the temptation, because they know independence and resilience are important gifts they can give to their children. I highly recommend it, as it shows not only how the country that gave us Huckleberry Finn is now acting in a more authoritarian way towards children than the country that gave us Otto von Bismarck, but also how American parents can do better.

(On a more trivial note, Zaske points out the strong German norm as to opening windows on a regular basis to let fresh air permeate indoor spaces. It makes me wonder if this norm has helped keep Germany’s COVID cases down, as stagnant air seems to be one way the disease is spread.)

“Range: Why Generalists Triumph in a Specialized World” by David Epstein 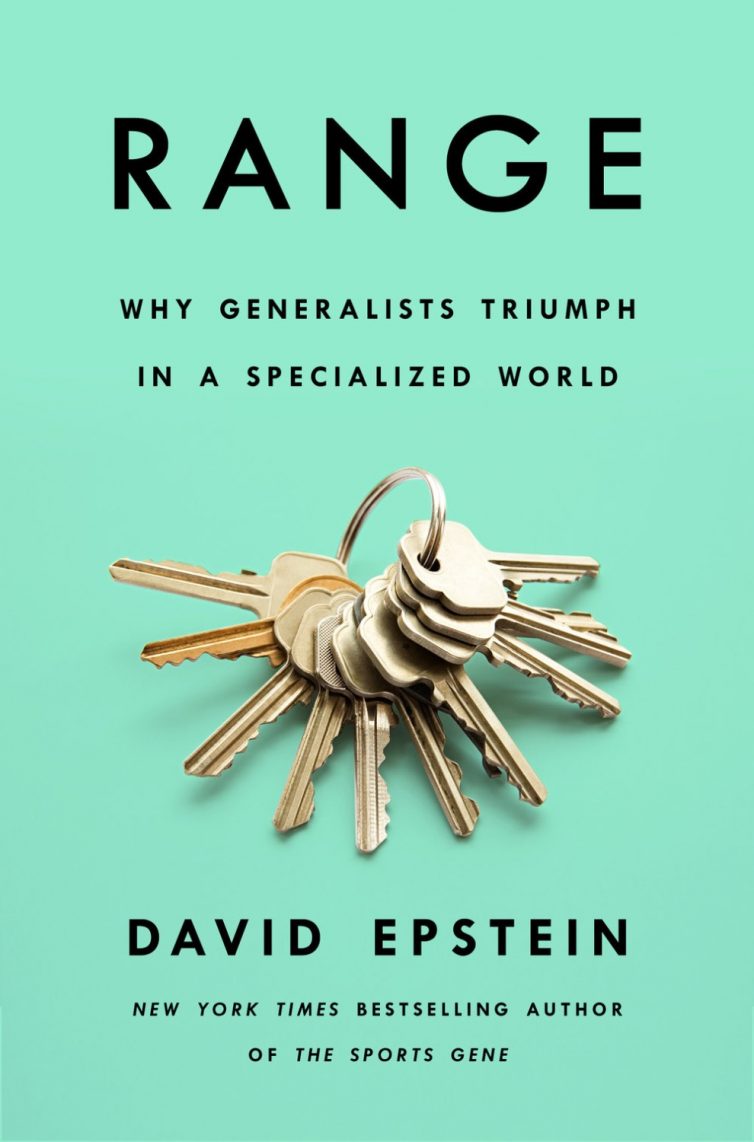 This book may be the antidote to the worst manifestations of helicopter parenting.

“Range” is the definitive answer to “the cult of the head start”: The idea, popularized by books like Amy Chua’s “Battle Hymn of the Tiger Mother” and Malcolm Gladwell’s “Outliers,” that children must be pushed into hard work and specialization at a young age if they want to succeed. “Outliers,” for example, argues that it takes 10,000 hours of practice to become an expert in a field. While Gladwell surely did not mean these 10,000 hours had to take place as early as possible in a young person’s life, the takeaway for some parents has been that a rigorous, tightly focused childhood will give their kids the kind of head start they need to make it in our competitive increasingly stratified meritocracy.

“Range” shows that, far from being hyper-specialized, many of the most successful artists, athletes, scientists, and inventors did not focus obsessively on a single goal since childhood. Instead, they took a more meandering path, following different passions and learning different skills, before making their mark, often in completely unpredicted areas. It shows that not only does early hyper-specialization only work well in a small number of fields like classical music or chess, it is downright harmful to society as a whole if the best thinkers only know one narrow field. Hopefully the wisdom in this book will encourage parents not to try so hard to cram their children into a particular skill or talent and give them time to find what excites them and (not to sound too Marie Kondo about it) sparks joy.

“The Triple Package: How Three Unlikely Traits Explain the Rise and Fall of Cultural Groups in America” by Amy Chua and Jeb Rubenfeld 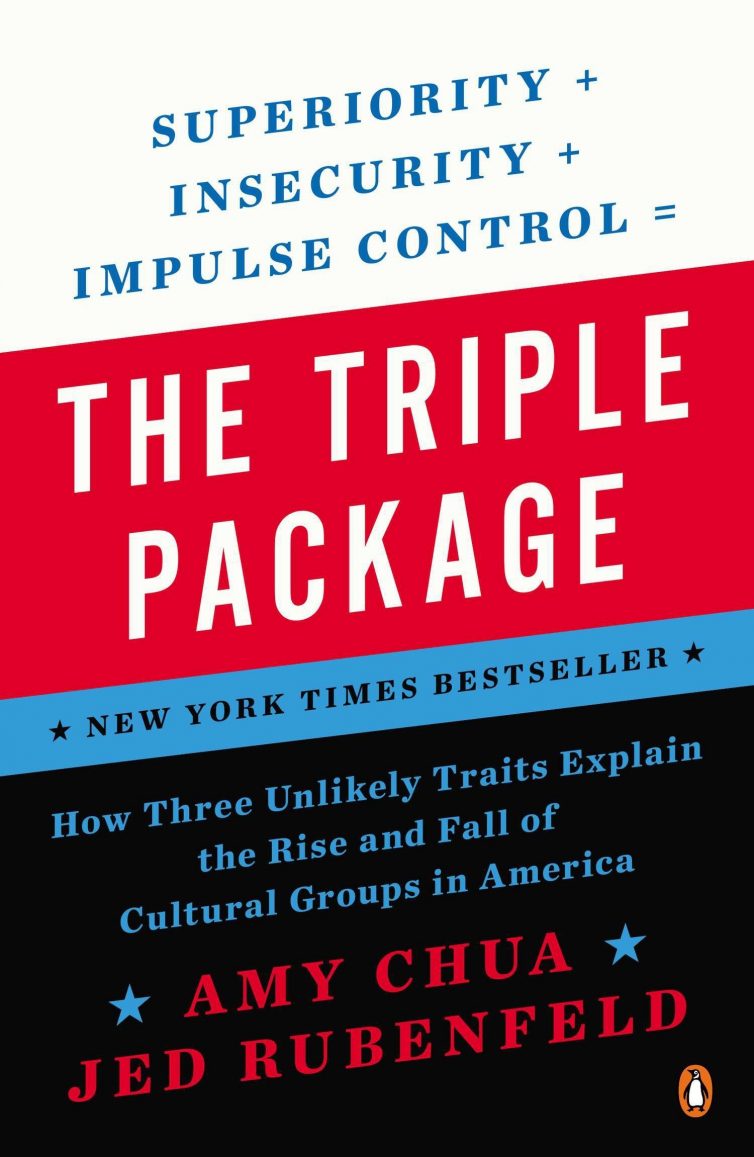 Trust me, after using “Battle Hymn of the Tiger Mother” as the near-direct antithesis of the parenting style we promote in COTAM, I am more surprised than you to recommend Amy Chua and Jeb Rubenfeld’s 2014 book “The Triple Package” as useful reading. Honestly, I’m not really sure why I decided to read this book — I probably picked it up after reading Chua’s truly excellent “Political Tribes: Group Instinct and the Fate of Nations.”

I had dismissed “The Triple Package” as more or less a simplistic take on why some cultures have great material success, similar in theme to “Battle Hymn of the Tiger Mother,” but instead I found something much more interesting and nuanced. Essentially, the authors argue that cultures that seem to thrive in any number of market-based environments include three qualities:

I came in thinking that this would primarily be a counterpoint to COTAM’s emphasis on time for free play and the less structured child environment, and away from paranoid parenting. What I found instead was an argument for qualities that could lead to individuals flourishing, and in some cases for them being miserable. It did take seriously the downside of quality number two, while pointing out that only having quality number one is a formula for complacency, and therefore a fairly unfulfilling life.

This got me thinking about the deep human need for being challenged. It is the precise opposite of the fragility we warned about, and definitely seems to presume a kind of anti-fragility among its members. In some ways this is a counterpoint to our book, but in other ways it is interesting exploration about what makes people successful, happy, and beneficial to society. I’m not 100% sure what I think of it, but it left me food for thought, and is therefore worth considering.

The part that struck me most is how the book addresses the now famous studies that seemed to show American social mobility had disappeared. I found out, somewhat to my shock, that many of those studies did not include immigrants or their children — people like me and my parents. It was shocking because I grew up with a lot of immigrant/first-generation pride, and I grew up in a neighborhood where a lot of the kids were either immigrants, or first-generation themselves.

To be completely frank, we didn’t feel downtrodden — we felt, well, superior. Harder working (Lin-Manuel Miranda’s “Hamilton” was right), tougher, more resilient, and in some cases, yes, smarter than Americans who took their country for granted. This is in no small part because we knew that immigrants and first-generation kids are a dynamic and essential part of the American character.

A 2018 study found that 44% of the companies in the Fortune 500 were founded either by immigrants (100 companies) or their children (119 companies). A 2016 study found that more than half of privately-held Silicon Valley firms worth $1 billion or more were founded by immigrants. And that second number doesn’t include the children of immigrants, such as Steve Jobs or Jeff Bezos. To claim to measure American social mobility while excluding people like me, my parents, and a huge chunk of Silicon Valley, always seemed less like an omission and more like a deception.

This book also left me wondering again how to raise my own children. Self-control is a no-brainer, but both the idea that they are special, and yet, they need to live up to high standards? That seems like the formula for stress, but if done correctly, it could be the good kind of stress that helps you grow and feel more empowered. Remember, anti-fragility doesn’t just mean that you get stronger from challenge, but that you can wither without it.

Next up? We go deeper into paranoid parenting, discussing another provocative book, and an examination of whether or not we got something wrong in “The Coddling of the American Mind.”