FIRE > Newsdesk > The Eternally Radical Idea > Catching up with ‘Coddling’ part four: To the surprise of no one, polarization has only gotten worse

EDITOR’S NOTE: This is the fourth part of a multi-part series updating developments since the publication of “The Coddling of the American Mind: How Good Intentions and Bad Ideas are Setting up a Generation for Failure” (2018).

In Alan Moore’s graphic novel masterpiece “Watchmen,” set in an alternate reality’s 1980s, the world is on the brink of nuclear annihilation. One of the main characters stages a fake alien attack on New York City that kills millions, betting that the specter of a threat to the entire world will lead the people of Earth to drop their hostilities and work together. 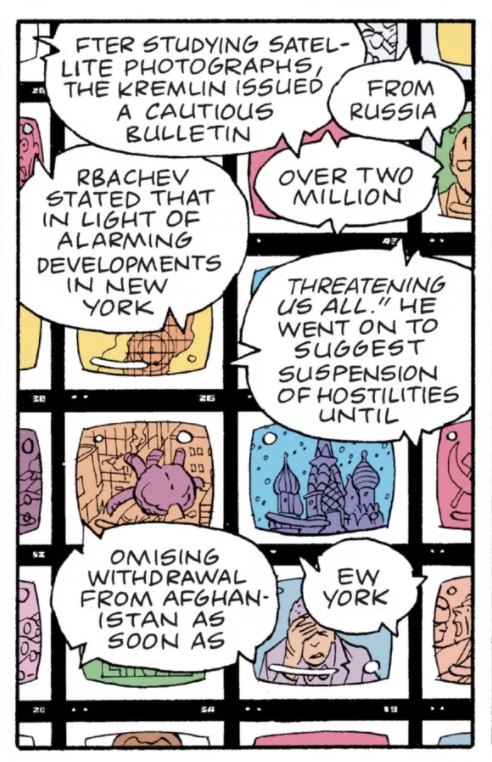 The world comes together in a panel from Alan Moore's 'Watchmen.'
The assumption that people tend to pull together when faced with an outside threat is almost taken for granted, and in “Watchmen,” the ploy works and the faked cosmic threat probably saves the world. Yet here we are in the time of COVID-19, with over 170,000 Americans dead and more than five million infected, and we seem more divided than ever.

In “The Coddling of the American Mind” (COTAM), Jonathan Haidt and I tried to get to the bottom of what was so different about the class entering college around 2013-14. Why was there a return to demands for speech restrictions, this time from students? Why were the rationales for censorship increasingly expressed in medicalized language? And why were rates of anxiety and depression skyrocketing?

One of the six causal threads we identified in COTAM was political polarization. Even though the country seemed extremely polarized to us in 2015, that time now seems downright idyllic compared to the present. It surely feels as though cross-partisan nastiness has gotten worse, but what do the numbers say? Are we really more polarized than we used to be?

Polarization and the data

Back in 2018, when COTAM was published, we reviewed data from the Pew Research Center and the American National Election Studies (ANES) showing that over the past 25 years Americans have become increasingly polarized on the positions they take on various issues. For example, Pew found that the average party gap on ten policy questions grew from 15% in 1994 to 36% in 2017. Affective polarization — or, as one paper describes it, “the tendency of Democrats and Republicans to dislike and distrust one another” — has also steadily increased since 1980. Importantly, this trend accelerated over the past decade.

About one in five partisans felt violence against the opposing party would be at least “a little” justified if their party lost the election.

In the two years since COTAM, issue polarization has only gotten worse. One way to measure the differences between groups is to see what percentage of each group agrees with a given statement (for example, “stricter environmental laws are worth the cost”). The bigger the difference in those numbers, the further apart those groups are in values. By September 2019, the average gap between Republicans and Democrats on 30 values questions was measured at 39%, larger than the gaps for race (17%), religious attendance (14%), and gender (6%) combined. This growth is evident, however, across a number of different methods of measuring polarization.

One disturbing expression of this trend is revealed in partisan feelings toward violence against political opponents. A December 2019 survey by the Democracy Fund Voter Study Group showed that, in both parties, about one in five partisans felt violence against the opposing party would be at least “a little” justified if their party lost the election; about one in ten felt there would be “a lot” or “a great deal” of justification for violence. Meanwhile, comparing ANES survey data from 2016 and 2018, the number of Americans who said violence was “not at all” a justifiable means of pursuing political goals declined 10% in two years, from roughly 82% to 72%. In the same time period, 77% of those surveyed said political violence had increased since 2016, with about 38% saying it had increased “a great deal.”

(NOTE: Next month, we’ll have more specific data about student attitudes toward partisan violence from a survey we recently conducted, which reveals distressingly broad acceptance of violence among some partisans.)

“Why We’re Polarized” and population density 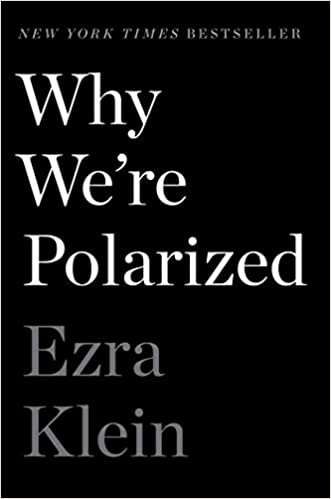 Differences in partisanship by population density may be complicating our coronavirus response. Given how the disease is transmitted, densely populated areas like New York City are especially vulnerable to COVID-19, while lower population density areas are less vulnerable (though rural areas are seeing infections spike). Indeed, a major factor in keeping down the population of cities in part of the 20th century was the persistent problem of epidemics, and even in the Middle Ages, the best practice to avoid an epidemic was to relocate to the countryside (see, for example, The Decameron).

While differences in population density alone, of course, do not fully explain different partisan reactions to COVID-19 — Pew observed in late July that even Democrats in less-impacted areas were 14% more likely to say the virus was a major threat than Republicans in highly impacted areas (46% to 32%, respectively) — we should not be totally surprised that rural, generally Republican voters are less worried about the virus than urban, generally Democrat voters are. But we should be concerned that different experiences, combined with the pre-existing partisanship, may be frustrating our efforts to act collectively to stop the virus and help its victims.

In previous disasters, like Pearl Harbor or Hurricane Katrina, Americans came together to oppose a common enemy. That was true even if we were nowhere near Hawaii or New Orleans, and even if our politics kept us at odds on every other issue of the day. As slow and frustrating as the government reaction to Katrina was, the overwhelming public reaction was empathy for its victims and a desire to help them. If we can rise above partisanship and achieve a similar consensus during this pandemic, we may heal more than COVID-19 in the process.

So far in “Catching Up With Coddling,” we have shown that mental health among young people, censorship from the right, and political polarization have continued (and, in some cases, accelerated) on the same path since COTAM was published. Next up we will look at another causal thread, “paranoid parenting,” highlighting the works of a number of authors that shed light on the harm it causes, explain how we got here, and examine how other countries foster independence in their youth. We will also talk about the role of income inequality (perhaps better described, for reasons we’ll discuss, as income stratification) and how it fuels parenting paranoia.