FIRE > Newsdesk > The Eternally Radical Idea > Catching up with ‘Coddling’ part fourteen: ‘Social justice’ requirements in ed schools & how the NY Times made me a HuffPost writer 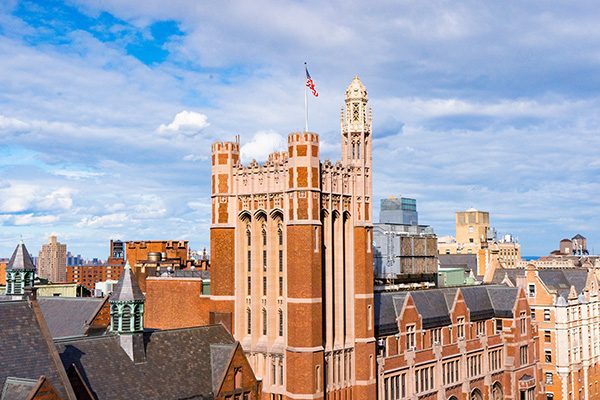 EDITOR’S NOTE: This is part 14 of a multi-part series updating developments since the publication of “The Coddling of the American Mind: How Good Intentions and Bad Ideas are Setting up a Generation for Failure” (2018).

Finally, we are at the last explanatory threads that Haidt and I discussed in “The Coddling of the American Mind”: new ideas about social justice. Even before we wrote the book, this was the thread that conservatives in particular were most interested in, but many others had been noticing a rapid shift for years. Since we wrote the book, this is the trend (along with political polarization) that has exploded.

What do we mean by “new ideas in social justice”? We explored some of them in the book. In chapter 3, we discussed common enemy identity politics, which unifies one group by pitting it against another. Its more sophisticated implementations involve taking the useful and important concept of intersectionality and filtering it through Marcuse’s “Repressive Tolerance” to achieve a kaleidoscope of thought and speech policing in the name of equality.

In chapter 11, we looked at equal-outcomes distributive justice, which encourages imposing institutionally determined results on groups in ways that can be procedurally or proportionally unjust. A new definition of equity would follow; instead of meaning fairness, when used in these circles, it means a commitment to equal outcomes, regardless of other factors. And in the article, we used the phrase vindictive protectiveness to describe the strong impulse to punish anyone who says something perceived as harmful, even unintentionally.

Before we get into too many examples of how these new ideas on social justice are affecting our lives, our jobs, and our national discussion, I want to address one big thing that I realized we had skipped in the book: Given it was clear that there was something different about the students entering elite colleges around 2013, and much of that difference relates to the “changing ideas about what justice requires,” how did these ideas get to young people in the first place?

I believe there are at least three potential candidates:

To not hide the ball, I want to be clear I suspect it was the influence of all three factors that made the difference. Interestingly, the last two are both the result of the explosion of use of social media among young people, so they relate to an existing explanatory thread.

In this and the next “Catching Up,” we’ll be exploring the first theory.

We at FIRE discovered around 2006 that the national accrediting body of a large number of education schools maintained since 2003 a “commitment to social justice” as part of their evaluation of graduates. In particular, perhaps the most famous graduate school of education in the country, Columbia’s Teachers College, required that all graduates be evaluated on their “commitment to social justice.” FIRE launched a campaign against this obvious political litmus test starting in 2005; not coincidentally, in 2005, Teachers College was undergoing an accreditation process. As it turned out, the accrediting organization had the same requirement.

I knew that many of my fellow liberals would not approve of political litmus tests in higher education, even if they liked the underlying politics.

In understanding how the “commitment to social justice” might have spread, it helps to understand how higher education accreditors work. In theory, accreditors are voluntary, third party membership organizations that set and enforce minimum standards of academic quality and institutional health for colleges and graduate schools. In practice, some form of accreditation is a requirement to receive federal education funding, including student loans. Some accreditors are regional; others focus on specific programs within colleges, or specific types of graduate schools, such as accreditors for law schools and medical schools.

For many years, the National Council for Accreditation of Teacher Education was one of these accreditors, specializing in accrediting schools that prepared teachers for a career in K-12 education. (Eight years ago it merged with another accreditor and is still around in that combined form.) In the late 1990s and early 2000s, NCATE accredited over 600 schools, and as part of that process, required schools to make and enforce certain standards of student performance.

It isn’t entirely clear whether NCATE led education schools to adopt “social justice” litmus tests, or whether the rising consensus among already ideologically homogeneous educators caused NCATE to incorporate the requirement as a reflection of what teachers believed to be a best practice. And at some level, with any chicken-and-egg problem, it doesn’t entirely matter which came first, because the end result is the same: a group with very low viewpoint diversity choosing to reinforce its lack of viewpoint diversity by preventing anyone with an alternative view from entering the profession.

Whether it was an invention of NCATE or not, at some point between 1998 and 2000, the group modified its assessment guidelines to include commitments to “social justice” and “diversity” as a basis for evaluating whether students were qualified to teach, placing those commitments on the same level as subject matter knowledge. As CUNY Professor KC Johnson documented, the inclusion of these requirements in NCATE’s 2002 assessment guidelines was quickly reflected in its accredited schools — and schools seeking accreditation.

The latter group included Columbia Teachers College, which ultimately received its accreditation by 2006. At that time, their conceptual framework required that students have a “commitment to social justice” and recognize that “social inequalities are often produced and perpetuated through systematic discrimination and justified by societal ideology of merit, social mobility, and individual responsibility.”

Didn’t social justice naturally sound like a good thing? Why would sympathetic students, teachers, or graduates object to such a manifestly positive concept?

As I said at the time: “While social justice may sound nice, no two people define social justice in exactly the same way. This policy presents a serious problem for students who define it differently from the university.” I now understand that I may have misunderstood what social justice meant, thinking of it as an overbroad and vague standard easy to abuse. Since then, after talking with Helen Pluckrose, the co-author of “Cynical Theories: How Activist Scholarship Made Everything about Race, Gender, and Identity ― and Why This Harms Everybody,” I realize that what both Teachers College and NCATE meant may have actually been far more specific than I understood. But I will likely be addressing that in a future post.

Meanwhile, given that this was a political litmus test under either definition, it sounded like a good opportunity to try to reach a broad audience. I knew that many of my fellow liberals would not approve of political litmus tests in higher education, even if they liked the underlying politics. Some at FIRE thought I was being overly optimistic about the widely held suspicion of political litmus tests among the more left-leaning, but I felt proven correct when The New York Times accepted an op-ed I had written protesting the teachers college ideological requirement. But then…

The New York Times accepts, then rejects, my op-ed

I had been at FIRE for five years when I became president in 2006, and the years after were the hardest two years of my life. Ultimately, they culminated in the breakdown that, through a circuitous path, is how the article and the book “The Coddling of the American Mind” came to be.

Recent events and the book have definitely increased the visibility of this illiberalism on campus, but back in 2006, I was still trying to get the New York Times to pay attention to FIRE. FIRE had written about the teachers’ college social justice requirements for the New York Post. For that audience, the fact that it was a political litmus test was just obvious. I knew, however, that for the editors of the New York Times, who likely had warmer feelings about elite higher education, I would have to explain this more deliberately and carefully. And I can understand this, after all, didn’t social justice naturally sound like a good thing? Why would sympathetic students, teachers, or graduates object to such a manifestly positive concept?

So I wrote an opinion piece explaining the legal and moral philosophy behind opposing it. And an opinion page editor accepted it, almost right away. I was over the moon. It was my first piece ever accepted by the New York Times. You can read it here. (This version, published in the Chronicle of Higher Education, is a slightly longer one than was accepted by the Times.)

But it turns out the article was accepted by a junior editor while his boss was away, and when she came back, the Times’ tune was completely different. I was told it would take at least nine months to publish it, but even then, they could not say for sure that it would run. With each written response the editor stressed that she would be fine with me trying to run it someplace else.

With the exception of pre-written obituaries, no “news” organization holds content, especially opinion content, for nine months. This was a rejection. Whether it was because she didn’t want to run something on this topic, or something by me, or whatever the real rationale was, this story was dead. “Maybe it’ll get published in nine months” was a way of saying “I never would’ve accepted this if I’d been here.”

So, I withdrew the op-ed, made it a little bit longer, and ran it by The Chronicle of Higher Education, who published it. The article was, in fact, quite well received and later, an attendee at one of my talks said the Chronicle article led to his Ph.D. dissertation. I was pleased to hear that, even though he added, “… I didn’t mention your piece.” He sounded matter-of-fact, but it made me wonder if I was considered too morally polluted to merit even a mention in a Ph.D. dissertation.

There is an interesting codicil to this story. The then-Times editor who accepted my piece was humiliated by what happened, and several months later, when he moved on to a new job, he asked me to submit work to his new publication. And if you ever wondered how I became a blogger at the Huffington Post for 10 years, that is the, up until now, secret story of how it happened.

Next, in part fifteen of “Catching Up With ‘Coddling’,” we’ll examine the tenacity of social justice commitments in, and review FIRE cases involving, ed schools.