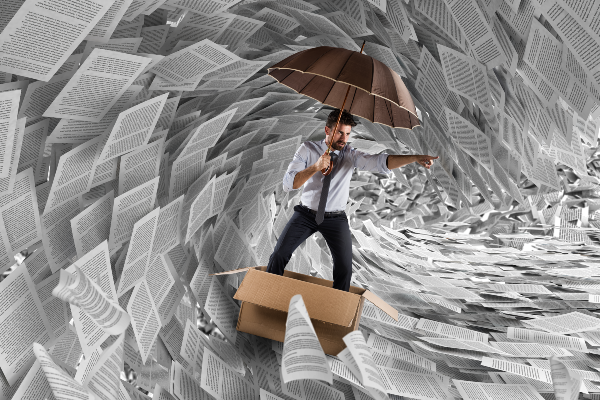 EDITOR’S NOTE: This is the ninth part of a multi-part series updating developments since the publication of “The Coddling of the American Mind: How Good Intentions and Bad Ideas are Setting up a Generation for Failure” (2018).

In “The Coddling of the American Mind,” Jonathan Haidt and I identified a total of six causal threads that helped explain why Gen Z (roughly the generation born from 1996 to 2015) is so different from prior generations in terms of everything from higher rates of anxiety and depression, to attitudes about freedom of speech.

You can dispute whether colleges act like businesses, but however you describe it, the college business is booming.

One of those causal threads was “the transformation of colleges into highly bureaucratized administrative institutions.” After World War II, the GI Bill increased the number of students enrolling in American colleges; the Cold War’s focus on scientific advancement would increase the funding those institutions received. As colleges grew in size, roles once occupied by faculty were ceded to professional administrators. From 1987 to 2012, the number of administrators on campus increased at twice the rate of new students; from the 1980-81 academic year to the 2010-11 academic year, spending on instruction shrank from 41% of total college spending to 29%.

Administrative growth is not inherently bad. It becomes a problem, however, when it is so disproportionate to the size of a college’s educational activity that the resulting institution acts like a tax-exempt megacorporation and not a learning institution. The further a university drifts from its academic purpose, the less committed it will be to academic freedom. And the more it looks like a corporation in structure, the more it will act like a corporation in deed.

A number of FIRE cases are caused not by any ideological conflict on campus, but by university administrators motivated to protect their “brand” or minimize institutional risk at the expense of individual freedom. For example:

These actions make no sense for educational institutions to take, but they make perfect sense as corporate policies.

You can dispute whether colleges act like businesses, but however you describe it, the college business is booming.

Because of the lag time in processing information into a digestible form, there are only two more years of available data since the book was published, covering 2016 to 2018. While there are some nuances in it, the general trend continues uninterrupted.

From 2015 to 2018, total fall enrollment declined 1.65%. Instructors (both full-time and part-time) declined in number by 1.2%. Adjusted for inflation, tuition and fees increased 2%.

And revenues? Colleges measure revenue by academic year, so it’s not quite apples to apples, but from the 2015-16 academic year to the 2017-18 year, total inflation-adjusted revenue increased 14.82%.

You might be wondering how universities can have stagnant enrollment and only a slight tuition increase, and still see a revenue spike. The answer is that we need a more nuanced and complicated understanding of what business these corporations are actually engaged in.

While tuition is an important source of revenue for institutions, for nonprofit universities, it is not their primary source of revenue. Tuition makes up only 20% of public nonprofit college revenue and 31% of private nonprofit college revenue. At public universities, on average, the institution receives two dollars from grants and appropriations for every tuition dollar it takes in. At private nonprofit institutions, tuition accounts for about the same slice of the revenue pie as investments and grants. (At for-profit universities, tuition makes up 94% of revenue — it’s not just a slice of the pie, it’s the pie minus a slice.)

Don’t get me wrong. Tuition is profitable; just not as profitable as it used to be. According to the State Higher Education Executive Officers Association, the 2017-18 school year was the first in 25 years when net tuition revenue year-over-year did not outpace inflation.

Among the biggest areas of business increase (and remember, these numbers are from 2018) are hospital revenues and investment returns. Hospital revenues increased by about 12% between the 2015-16 and 2017-18 academic years, now accounting for just over 13% of total higher ed revenues. (Bear in mind, however, that hospitals accounted for 16% and 13% of expenditures at four-year public and private colleges, respectively.) Investment returns also increased as the market recovered. From 2015-16 to 2017-18, revenue from investments went from 1% of higher ed revenue to 4%, an increase of more than 300%.

In the book, we looked at how institutions seemed to be competing for students by offering the most amenities, including LSU’s infamous “lazy river.” That’s bad, because competition to please students is not a focus on educating them. But if pleasing legislators is more lucrative than pleasing incoming students, education funding reform has to target more than tuition.

First, annual tuition might actually decrease. Williams College reduced tuition in light of the reduced campus amenities. The Consumer Price Index showed tuition decreased by 0.7% (seasonally adjusted) in the fall of 2020, the biggest drop since 1978, but not nearly as big a drop as one would expect given how many campus amenities are unavailable as schools shut down and moved to online instruction.

Second, we may find some asterisks in who qualifies as an administrative employee in the future. The Washington Post reports that Georgetown University gave some of its employees a choice: take on public-health roles (like conducting temperature checks and enforcing testing mandates) or take unpaid leave. The affected employees equalled 100 full-time positions.

While Georgetown’s reclassification has sinister overtones (put your health at risk, or find a new job during a massive recession), the alternative — hiring more administrators — would not necessarily be better. There’s no evidence that administrative ranks have ever meaningfully contracted in the last 100 years (and earlier than that, there isn’t much data to begin with). If universities have hired administrative staff to take on these roles, would this represent a new permanent expansion of administrative health monitoring capacity? Or would this be the first evidence that it’s possible to actually trim administrative staff?