FIRE > Newsdesk > The Eternally Radical Idea > Catching up with ‘Coddling’ part ten: How big of a threat to campus free speech is corporatism? 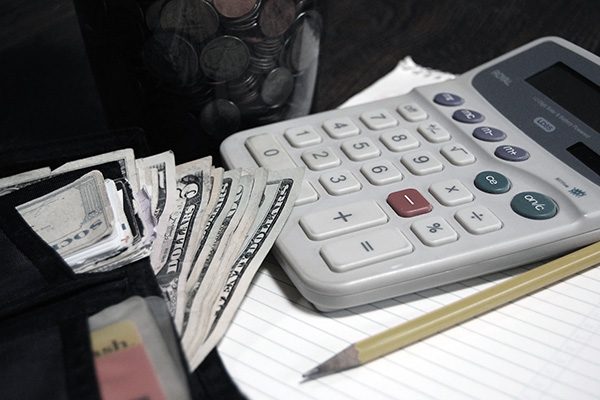 EDITOR’S NOTE: This is part ten of a multi-part series updating developments since the publication of “The Coddling of the American Mind: How Good Intentions and Bad Ideas are Setting up a Generation for Failure” (2018).

Earlier in this series:

In “The Coddling of the American Mind,” we identified six causal threads that, when combined, can explain why Generation Z, who started showing up on campus around 2013-14, were so different from their predecessors, particularly in their attitudes about freedom of speech, morality, and mental health. 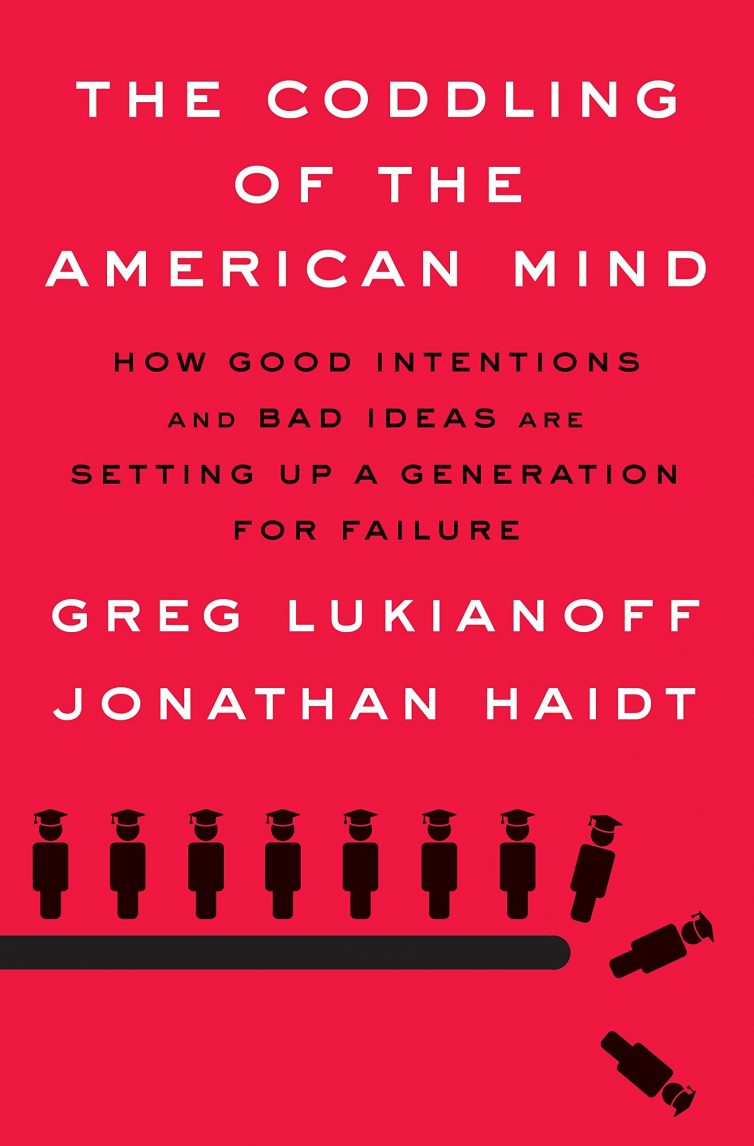 1. The Narrow Corporatism Theory: Higher education is harmed by the “customer is always right” mentality.

In COTAM we quoted a great article about how universities’ transformation into mega-corporations harms the state of free speech on campus, promotes moral dependency, and can even foster the cognitive distortions that make students anxious and depressed. The narrowest version of this concern could be described as the “customer is always right” mentality.

This can be seen in things like Louisiana State University’s lazy river, the University of Houston’s rock climbing wall, and High Point University’s… well, everything, but let’s focus on the valet parking and free ice cream.

This can also be seen, to some degree, in cases like Ronald Sullivan at Harvard, where he and his wife were non-renewed as faculty deans after students objected to him briefly representing Harvey Weinstein. A student petition calling for his removal argued that “the developments of Dean Sullivan’s professional work are not only upsetting, but deeply trauma-inducing.” Sullivan was brought to Harvard based on his impressive career as a criminal defense attorney. Presumably, the people who hired him were not surprised that he might defend an accused criminal.

What made the case particularly outrageous to me is that Harvard Law school never once took it upon itself to educate the students on how lawyers feel about the morality of representing odious figures. Generally, within the law, it’s not just considered tolerable to represent despised figures, but actually noble. Lawyers like me tend to think of our friends who are public defenders as the real heroes out there, because they’re willing to serve a larger cause — the pursuit of justice.

And yet, this is not intuitive. This needed to be explained to students in very clear language because there’s no reason to think they would’ve known this if no one had explained it to them. But here, the leadership failed to educate, and simply gave in to the protesting students.

You can see this pattern a lot on campus including in many of the cases involving racial epithets. We have seen a good dozen of these, such as:

The most alarming incident so far happened at University of Illinois at Chicago, where Professor Jason Kilborn was removed from the classroom and remains under investigation for the use of a censored racial epithet and sexual epithet he included in a civil procedure exam that had a hypothetical involving discrimination law. This should be pretty obvious, but it is hard to discuss discrimination law without bringing up racial epithets.

A truly committed and disruptive university would constantly be getting some negative press.

In all of these cases, a university that was primarily focused on its educational and research missions should have educated the students about the use/mention distinction. They should have explained why talking about law and the real world in a serious, mature way, requires tackling uncomfortable ideas, speech, and situations. Students need to be told that scholars and learners require at least a little emotional detachment to navigate the uglier side of human nature, past and present. A state of perpetual outrage may work on social media but it is incompatible with learning.

Schools that have failed to do this during these controversies have failed their students, and their educational mission. However, is this really the same as the attitude that, “the customer is always right”?

Would the universities above have acted the same if the students had been, for example, evangelical Christians, Trump supporters, or poorer students not organized according to group identity? Maybe in some situations they would’ve, but it does seem that schools are a lot more sensitive to the concerns of left leaning students. To me, at least, it’s clear that what’s going on here is not just “the customer is always right,” but a concern about public relations, which brings me to the second theory.

2. The Broader Corporatism Theory: “Higher education is harmed by BOTH the ‘customer is always right’ mentality and administrators who want ‘peace and quiet on my watch’ over research and educational goals.”

In their 1998 book “The Shadow University,” the founders of FIRE noted that, often, the reason for censorship is administrators, college presidents, and deans who really want nothing more than “peace and quiet on their watch.” This theory helps explain ridiculous policies like free speech zones and speech codes, as well as censorship not connected to a specific ideology, like NYU’s requirement that doctors run statements about COVID-19 past marketing employees.

But it also explains the punishment of professors who say unpopular things on social media or whose hostile quotes come to light of day. One classic example was when the University of Illinois at Urbana-Champaign rescinded a job offer to Steven Salaita after finding his tweets on the Israeli-Palestinian conflict offensive. We covered many of those examples in the “Catching Up With ‘Coddling’” about right-on-left censorship, but here are a few that have happened since that was published last August:

Professors are not alone in being targeted for their social media accounts. A faculty committee at the University of Tennessee voted to expel a grad student after an anonymous complaint about tweets on Cardi B and sex-positive topics. The decision was reversed after FIRE intervened, and she is now, with FIRE’s help, suing the institution.

We need systems to challenge the most powerful and influential schools like Yale, Harvard, Stanford, and Princeton.

I have been a proponent of the theory that the corporatization of American higher education is the “secret engine” behind campus censorship and intolerance, but I am now coming to think that I may have underestimated its influence.

The idea that campuses are focused on rigorous education and fearless research… it’s hard to see that idea reflected in the modern campus. Just check out most campus orientations and note how little of it talks about these two essential roles. If campuses had placed these two roles above all things, as they should have, many of the cases we see today on campus would’ve been unthinkable. But as gigantic corporations employing thousands of people, it can be easy to forget these difficult, esoteric goals.

Every time a university investigates clearly protected speech in order to avoid a lawsuit or an investigation from the Department of Education; every time one gives in to a social media mob to punish or expel a student for their speech; every time one punishes a professor because a donor complained, the university is placing its corporate identity above its reason for being. A truly committed and disruptive university would constantly be getting some negative press. It would allow students to interact and argue at the highest level while encouraging scholars to do thought experiments, play devil’s advocate, consider counterfactuals, and put even outrageous theories to a test. A campus indifferent to what the rest of the world thinks of it in pursuit of the project of human knowledge is unimaginably different than the one we see today.

An institution that actively rejects uncomfortable or dissenting voices becomes very good at making exact copies of its prevailing ideology, but bad at innovation, disruption, or solving problems beyond our present understanding of the world. The intersection of different perspectives and the friction between worldviews is what sparks innovation. Instead, elite institutions are gambling that something useful will come out of sequestering a few hundred people with identical worldviews in a room insulated from consequences by hundreds of millions of dollars. (Adam Goldstein jokes “In this model, the difference between an investment bank and a university is whether the gift shop sells cigars or sweatshirts.”)

This is why I added a sixth part to my five things to help campus freedom of speech. We need some new institutions.

Surely there are still schools that are high on rigor and research, like the California Institute of Technology, but we need more. We need systems to challenge the most powerful and influential schools like Yale, Harvard, Stanford, and Princeton. We need some alternative, stripped-down, much lower cost, more accessible avenues that are so attractive to elite students that they exert some competitive pressure. I will be examining alternatives more closely and writing more on this, hopefully, sometime in the coming months.

Competitive pressure is, I think, badly needed in institutions that know just how wealthy and powerful they are. We have ceded the selection of future government and business leaders to a handful of elite institutions, and that is a problem in and of itself. However, if we are going to give these institutions such tremendous wealth, veneration, and influence over society, the minimum we should be asking for is that they prioritize their core functions — education and research — above “brand management.”