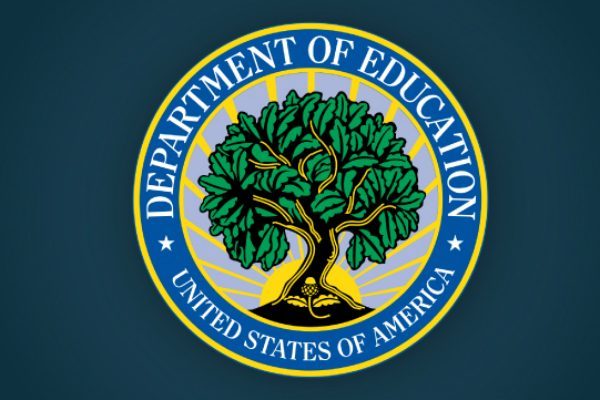 EDITOR’S NOTE: This is part 13 of a multi-part series updating developments since the publication of “The Coddling of the American Mind: How Good Intentions and Bad Ideas are Setting up a Generation for Failure” (2018).

In “The Coddling of the American Mind,” we discussed Title IX at length, and particularly how concept creep around the word “harassment” has too often turned that federal statute from a ban on unlawful sex discrimination into an all-purpose speech code, amounting to one of the greatest threats to free speech on campus. If you understand how Title IX was twisted into a speech code and used to go after professors — like Laura Kipnis, with claims that she had engaged in discriminatory sexual harassment through her public criticism of her university’s broad application of Title IX — you can understand quite a bit about how campus censorship works today.

A brief history of FIRE’s hardest-won victory to date

In May 2020, two years after Coddling was published, FIRE celebrated one of its most important victories to date. After years of public criticism and a FIRE lawsuit against the 2011 “Dear Colleague” letter (the “2011 DCL”), the Department of Education issued new Title IX regulations that were a dramatic step forward in protecting free speech and due process on campus.

You may be wondering: “What does Title IX reform have to do with speech? I thought this had to do with sexual assault and due process.” While the connection is not obvious, speech, sexual assault, and due process are all inter-related under Title IX. Title IX at its most basic is the federal law passed in 1972 that bans discrimination on the basis of sex in education programs that receive federal funding (through federal student loans and research dollars, this includes nearly every public and private university in America). Courts have established that a school may be liable to a student for failing to address peer-on-peer sexual harassment as a form of sex discrimination prohibited by Title IX, and that sexual harassment itself runs the gamut from certain extreme expressive conduct to sexual assault. As a result, Title IX regulations have under their purview definitions of sexual harassment (with implications for speech) and sexual assault, as well as the proper procedures and due process for resolving complaints of such.

When the first draft of the 2020 Title IX regulations was released, we held our breath expecting a hard, public fight in the media on the issue. While the new regulations certainly had their critics, we were pleasantly surprised by the coverage that the new regulations received in the mainstream press. Coverage of FIRE’s work on the issue was generally remarkably fair, and often positive (even recently).

As it turned out, over the years, we had helped change many hearts and minds of those who had looked into the issue (which was, of course, our goal). It became widespread knowledge among those paying attention to the issue that the 2011 DCL and its associated guidance was unfair and untenable. To that, FIRE owes great thanks to Robert Shibley, FIRE’s Executive Director, Joe Cohn, FIRE’s Legislative and Policy Director, and the rest of FIRE’s legislative team. They had done years of work writing and speaking to the media and policymakers on the issue, always in the steadfastly principled and nonpartisan manner that characterizes FIRE’s work and makes changing minds on a divisive issue possible.

FIRE wasn’t alone — hearts and minds wouldn’t have changed without the broad and heterodox group of writers, academics, and lawyers who sounded the alarm on these issues. Jeannie Suk Gersen and a number of her Harvard Law School colleagues including Janet Halley, as well as Lara Bazelon, Scott Greenfield, KC Johnson, Laura Kipnis, Stuart Taylor, Emily Yoffe, and many others all wrote important pieces that helped to inform the public that Title IX under the Obama administration had become broken in a big way. I believe that the 2020 regulations would not have seen the level of bipartisan support they did without their thoughtful voices and work. We are deeply indebted to them.

Unfortunately, though the new regulations (which took effect on August 14, 2020) were a big victory for due process and free speech rights, the fight is not over. The regulations faced the expected legal challenges, a couple of which have already been dismissed, and include one, which survives, where FIRE has intervened to defend the regulations. Disappointingly, we found ourselves at odds in one of the now-dismissed lawsuits with the American Civil Liberties Union, who did not see the threat past Title IX regulations had posed to free speech on campus for decades. For a comprehensive look at where the ACLU and FIRE differed in this case, check out my open letter.

As we have explained, while the expansion of anti-discrimination law over the decades has helped shed light on harassment in the workplace, in higher ed and in K-12, the former advocates of speech codes used it as an opportunity to sneak in the hate speech regulations that courts had struck down as unconstitutional a decade prior. Speech codes themselves had often been promoted as necessary for the “safety” of women and minority groups on campus, particularly by proponents like Richard Delgado and Mari Matsuda. But those speech codes failed, both because they were unconstitutional and because, predictably (to us First Amendment lawyers), they were used against the groups they were supposedly protecting.

Court victories and FIRE’s own advocacy helped turn the tide in speech regulation. In 2007, we issued our first report on speech codes, finding that 79% of public schools had a “red light” rating for maintaining unconstitutional speech policies; by 2012, that number was 65%. In our most recent report, for the record, that number is now 14.5%.

But in the 2011 DCL, the Department of Education mandated that schools use the lowest evidentiary standard in deciding Title IX cases. Then, in 2013, the Department of Education entered a resolution agreement with the University of Montana that defined sexual harassment as “any unwelcome conduct of a sexual nature,” including “verbal” conduct. The letter and the press release accompanying it called the letter a “blueprint” for compliance across the country.

The “blueprint” harmed free speech in both direct and indirect ways. Directly, the standard for sexual harassment is subjective and encompasses a great deal of protected speech. But the indirect harm was arguably worse, as I explained to the ACLU:

The standard for sexual harassment at many colleges is often quickly applied to every other category of protected classes under a college’s harassment rules, which at some schools include everything from “race” and “religion” to “political beliefs.” The end result is that colleges define harassment as unwelcome speech — and anything students don’t like is unwelcome.

The pro-hate speech code scholarship from the 80s and 90s that influenced the Department of Education’s thinking also reached overseas. According to sociologist and author of an astounding number of books, including “How Fear Works,” Frank Furedi, “Ever since my work on the self-esteem movement for my book on ‘Therapy Culture,’ I noticed that many illiberal ideas like speech codes etc tend to be formalised first in California before they spread eastwards and eventually gain a foothold in western Europe.”

We have seen dozens of these cases abusing and misapplying harassment rationales over the years. A few examples follow to give you an idea:

Reform was badly needed, and through the hard work of FIRE and allies, those reforms arrived in the Trump administration. In 2017, the Department of Education withdrew the guidance that mandated the lowest standard of proof.

Importantly, these new regulations codify the standard for peer-on-peer discriminatory harassment handed down by the Supreme Court in the 1999 decision Davis v. Monroe County Board of Education, which forbids “[u]nwelcome conduct determined by a reasonable person to be so severe, pervasive, and objectively offensive that it effectively denies a person equal access to the recipient’s education program or activity.” The Davis standard strikes a critical balance by declaring unlawful actual discriminatory harassment without sweeping under its purview large amounts of speech protected by the First Amendment. Implementation of the Davis standard in federal regulations short-circuits arguments FIRE often heard from administrators that Title IX required them to police things like unwanted jokes. With Davis included, Title IX can still perform its necessary function of preventing harassment without posing a direct threat to free speech on campus.

So the question now becomes, given that former Vice President Joe Biden had been the public face of the Obama administration’s changes to Title IX guidance, will the needed reforms relating to Title IX under the Trump administration survive the Biden administration? Worries in this area are well-founded, as President Biden two weeks ago signed an executive order instructing his Department of Education to evaluate whether “suspending, revising, or rescinding” the new regulations is appropriate. (Because the 2020 regulations went through the full regulatory process required under the Administrative Procedure Act, lawfully rescinding and replacing them will take significantly more than the mere stroke of a pen.)

However, I will be surprised if the Biden administration attempts to roll back all of the Title IX reforms and replacing them with regulations akin to the 2011 DCL and 2014 guidance for two reasons:

First, as discussed above, abuses of Title IX under the Obama administration received mainstream attention and bipartisan condemnation. Public opinion on the issue has changed sufficiently to a point where there may at least be greater skepticism about a return to Obama-era Title IX policies.

Second, the legal landscape regarding students’ procedural rights is very different in 2021 than it was in 2011. Many decisions by Title IX tribunals set up by universities in response to the 2011 DCL have not stood up in court for lack of basic fairness. Since 2011, at least 151 state and federal courts have issued decisions favorable to students who raised concerns about the lack of meaningful procedural protections in campus Title IX adjudications. Just a few examples from 2020 alone:

Indeed, many of the most hotly debated aspects of the Title IX regulations mirror requirements set forth by the courts. After all, the Supreme Court of the United States clarified the jurisdictional limitations of Title IX and the definition of student-on-student harassment in Davis. And multiple courts, including the U.S. Courts of Appeals for the First, Third, and Sixth Circuits, have held that institutions must afford students the opportunity to meaningfully cross-examine their accusers. The Biden Department of Education does not have the authority to promulgate and enforce regulations that violate these legally established principles, and certainly cannot order institutions to ignore applicable judicial authority.

On his inauguration day, I wrote President Biden asking him to ensure that his administration speak with us before taking any action on Title IX. We have not yet heard from the administration. But you can be certain that FIRE will remain vigilant, and we stand ready to work with the Biden administration to help ensure that it protects the rights and interests of all students.