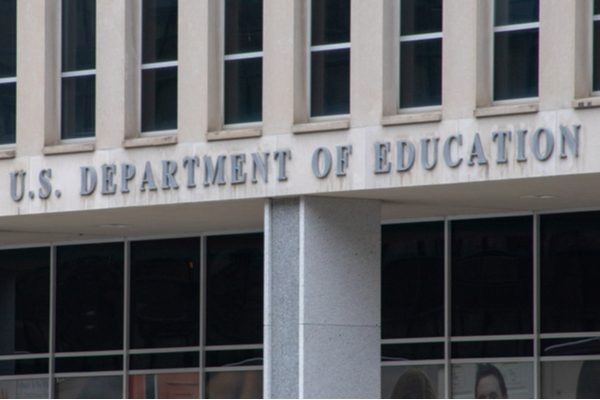 Last week, the Senate Committee on Health, Education, Labor, and Pensions (HELP) held a hearing on three of President Biden’s nominees to fill positions in the Department of Education, including Catherine Lhamon to become the Assistant Secretary for Civil Rights. Lhamon held this position between 2013 and 2016 during the Obama administration. FIRE has asked the Senate to reject Lhamon’s nomination unless she commits to maintaining key procedural protections in campus Title IX proceedings guaranteed by the Title IX regulations that took effect last year. She failed to do so during the hearing, often evading questions about which procedural protections would continue were she to return to leading the Office for Civil Rights (OCR).

Sen. Richard Burr, the committee’s ranking member, outlined two chief concerns about Lhamon. “First, if confirmed, it seems that Ms. Lhamon will charge ahead unraveling significant pieces of the previous administration’s Title IX rule. Second,” Burr continued, “I am not convinced that Ms. Lhamon understands, or at least appreciates, the limits of her authority.” We share Sen. Burr’s concerns, which are well worth reviewing in turn.

Much of the guidance Lhamon enforced on how schools must comply with Title IX cited no binding judicial authority to justify its key mandates, and was subsequently rescinded and replaced by regulations that took effect on August 14, 2020. These regulations added key protections to ensure a fair hearing for all parties, such as rights to a live hearing; to access all evidence in the institution’s possession, including exculpatory evidence (unless it is subject to a legal privilege); to an unbiased decision maker; and to cross-examination through an advisor. The regulations also provide protections for complainants, regardless of whether the complainant was able to prove his or her case in the disciplinary process, protections from retaliation, and a rape shield provision mirroring the federal rules of evidence, which precludes the use of a complainant’s sexual history against them in campus proceedings, with limited exceptions.

Yet, when the new rules were announced, Lhamon tweeted: ⁦

.⁦@BetsyDeVosED⁩ presides over taking us back to the bad old days, that predate my birth, when it was permissible to rape and sexually harass students with impunity. Today’s students deserve better, including fair protections consistent with law https://t.co/Kxn5teeYnE

Later in the hearing, Sen. Bill Cassidy asked Lhamon whether she stood by her tweet. Does she really believe that the regulations actually allow students to “rape with impunity”?

I think what I said in the tweet, so, the regulation permits students to rape and sexually harass with impunity. I think that the law, that the regulation, has weakened the intent of Title IX that Congress wrote.

Procedural protections in campus disciplinary proceedings ensure everyone’s confidence in the outcome. Fair hearings benefit all parties — and in no way allow students to “rape and sexually harass with impunity.”

One of the key protections included in the regulations is an express presumption of innocence. Stunningly, when asked about whether she would keep the presumption of innocence if confirmed to lead OCR, Lhamon responded that no such guarantee exists. To the contrary, the regulations require institutions to “[i]nclude a presumption that the respondent is not responsible for the alleged conduct until a determination is made at the conclusion of the grievance process.”

Later in the hearing, when asked to clarify her statement, Lhamon claimed she was confused by the wording of the question, since “innocent” refers to criminal matters, while “not responsible” refers to determinations of campus adjudications. When Sen. Burr followed up by asking whether she supported including a presumption of innocence, Lhamon said:

. . . my view is that civil rights investigators, investigators at schools, need to start from the presumption that the facts are what they are and you need to find out what they are. So they shouldn’t be assuming somebody is guilty because a person has been accused . . . they should be open to the possibility that the person is not. And I absolutely support that and I think that’s important in an investigative process.

Being “open to the possibility” that an accused student is innocent is a far cry from the standard to which Burr referred. Lhamon could not even commit to one of the most basic principles of the American justice system: a presumption of innocence.

Lhamon could not even commit to one of the most basic principles of the American justice system: a presumption of innocence.

There is no shortage of voices that think the regulations were needed to help restore basic fairness to the campus Title IX adjudications that was sorely lacking under Lhamon’s leadership. This includes at least 151 courts that have issued opinions favorable to accused students who sued their schools for violating their due process rights.

FIRE and other organizations criticized the way in which Lhamon forced institutions of higher education to comply with OCR diktats. Rather than following the process required by the Administrative Procedure Act to issue binding regulations on institutions, the Obama-era OCR, including during Lhamon’s tenure, issued “guidance documents” and “Dear Colleague” letters, and forced institutions to adopt unconstitutional policies through settlement agreements. FIRE even sponsored a federal lawsuit to challenge the legality of the Obama-era Title IX guidance due to the Department’s failure to follow the Administrative Procedure Act. The lawsuit was voluntarily withdrawn after the challenged guidance documents were formally rescinded.

Skeptical of the Department of Education’s reliance on guidance during Lhamon’s time at the agency, Sen. Susan Collins asked:

When you were Assistant Secretary . . . you often relied on informal guidance to implement significant policy reforms. That concerns me, because I think that the APA — the Administrative Procedure Act — is really important to get public input. And that when we get public input, we usually come out with better informed regulations. Do you still intend, if you are confirmed, to rely on guidance or Dear Colleague Letters rather than going through the formal process?

I’m really excited about the opportunity to participate in the regulatory process. I didn’t have that opportunity when I led the Office for Civil Rights in 2013 through 2017. When I came that time, the regulatory agenda was largely set; I was there in the second term of the Obama administration. So, it’s really a thrill to me to contemplate being able to participate in that process.

It’s difficult to square Lhamon’s answer with reality. Lhamon’s nearly four-year tenure is comparable to the amount of time the Trump administration had in office, yet the Trump administration was able to achieve its policy objectives through the lawful APA process. Instead, Lhamon claimed the Obama administration held 35 “listening sessions” at the White House and within the Department of Education. That’s hardly an opportunity for public input; how many people can say they’ve been invited to the White House to talk about policy? Public notice-and-comment, conversely, resulted in over 124,000 comments being submitted to the Department of Education for consideration as the Department developed the regulations currently in effect. It’s clear which process is actually designed to solicit and obtain public input.

If Lhamon can’t even say under oath that she thinks accused students should have the right to see exculpatory evidence in the institution’s possession, Lhamon has shown she is incapable of leading an Office for Civil Rights that respects all students’ civil rights.

Moreover, during the time Catherine Lhamon was leading OCR, the Obama administration initiated and completed the APA process numerous times. Even the Department of Education during Lhamon’s tenure managed to issue final regulations concerning student debt while still complying with the Administrative Procedure Act. In complying with the lawful process, the Department of Education considered more than ten thousand public comments. Indeed, the Obama administration during Lhamon’s tenure solicited public comment on proposed rules in a wide variety of departments and agencies, including its Department of Labor, Department of Justice, and Environmental Protection Agency. In all of these cases, the agencies successfully began the regulatory process and issued final rules in a timely manner while complying with the lawful process during the dates that Lhamon led OCR. It simply strains credulity to suggest that Lhamon’s OCR didn’t initiate APA rulemaking procedures because they could not do so.

As the Department of Education considers revising the rules that took effect just last year, Lhamon had a number of opportunities throughout the hearing to go on the record about which due process protections in the current regulations she’d keep — and which she’d abandon. Lhamon claimed she would enforce the current Title IX regulations while they are in effect, while acknowledging that the Department has already started the process of amending the regulations. But she repeatedly declined to discuss which of the procedural protections she’d keep in place in any Title IX regulatory reforms.

For example, Lhamon was asked by Sen. Burr whether she thought “an accused student should have the right to see all of the evidence against them before they’re asked to defend themselves against an allegation [of sexual misconduct.]” Lhamon responded:

Senator, you asked about a right, and I expect that that means a legal right, and in the current context — the Title IX regulation that is operational now and that I would enforce if returned to the Office for Civil Rights — does afford that right to students.

“Should an accused student be allowed to see evidence against them that could clear them of charges?” Burr asked.

Notice that on neither occasion did Lhamon answer the question of whether she thought an accused student should have a right to see evidence against them, including exculpatory evidence. She merely stated that such a right is afforded for now by the current regulations, and that she would enforce current regulations as long as they are in force, but declined to say whether she would support such a right if the current regulations are rescinded and replaced with her preferred regime. If Lhamon can’t even say under oath that she thinks accused students should have the right to see exculpatory evidence in the institution’s possession, Lhamon has shown she is incapable of leading an Office for Civil Rights that respects all students’ civil rights.

Without a concrete commitment to honor and enforce due process rights for all students, the Senate must not confirm Lhamon to lead OCR. Any reform that reduces procedural protections will be met with litigation, both against the new rules on their face and from students suing their institutions for violating their rights.