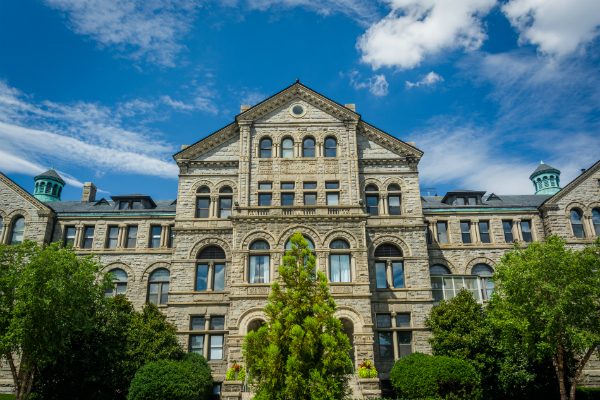 At an April 1 meeting, the student government at the Catholic University of America passed a resolution to block the “top 200 pornography sites” from university Wi-Fi. This block would be at odds with CUA’s stated commitments to free expression and academic freedom.

Many will ask why FIRE cares about whether an avowed religious institution would ban pornography. In fact, we get some variation of that question nearly every time we criticize a religious college or university for an act of censorship based on that institution’s religious leanings.

The fact is that religious institutions do have the choice to censor speech that conflicts with their religious mission. Their freedom of association allows them to decide the terms of their own communities. In FIRE’s speech code database, Spotlight, there is a category of “warning” schools for universities that explicitly place other values above freedom of speech. This category is largely composed of religious institutions and military academies.

However, most private and religious schools in the Spotlight database are not “warning” schools because they instead choose to promise freedom of expression and academic freedom to their students and faculty. CUA’s faculty handbook, for example, articulates a clear promise of academic freedom in its policies:

The Catholic University of America affirms its commitment to academic freedom. In so doing, it reaffirms its commitment to the tradition of higher learning that is the heritage of both the Roman Catholic Church and the nation. It is a tradition grounded on respect for truth, social responsibility and individual rights. It is a tradition that posits freedom of inquiry, open discussion and unrestricted exchange of ideas as essential to the pursuit of knowledge.

CUA President John Garvey has been emphatic on the issue of free expression: “If a university doesn’t allow free inquiry, it won’t be able to teach students well or make progress in knowledge. […] You can’t have a university without freedom of speech.”

Religious universities that have made the choice to promise academic freedom and free expression cannot turn around and play censor when faced with content that runs contrary to their religious beliefs. CUA must reject this proposed ban.